Americans all over the country will have front row seats in January to a striking sight on the celestial stage: a “super blood wolf moon.”

After the sun sets on Jan. 20, Americans will be able to see an exceptionally big, bright, red moon glowing in the sky, an event that NASA calls “one of the sky’s most dazzling shows.”

There are three reasons why stargazers are calling this event a super blood wolf moon.

The eclipse will also happen near the moon’s perigee, a point in its orbit when it is closest to the Earth. This means the moon will appear slightly brighter and bigger than usual, known as a supermoon.

Finally, January’s full moon is traditionally called a wolf moon in the United States, according to The Farmer’s Almanac. Other cultures have different names for the full moons that occur throughout the year.

Residents of the U.S. were unable to see the longest full blood moon of the 21st century in July. It was visible only over parts of Africa, the Middle East and Asia. A rare super blue blood moon, which occurs when a super blood moon is also the second full moon of the month, occurred in January 2018. In the United States, that celestial event was most visible to people on the West Coast, Alaska and the Hawaiian Islands.

In contrast, January’s super blood wolf moon will be visible from coast to coast in the U.S. mainland, depending on weather conditions. People in Hawaii may also be able to see the eclipse while the moon is rising.

The super blood wolf moon will also be visible to people in South America and in the western parts of Europe and Africa.

NASA predicts the next total lunar eclipse will happen on May 26, 2021. 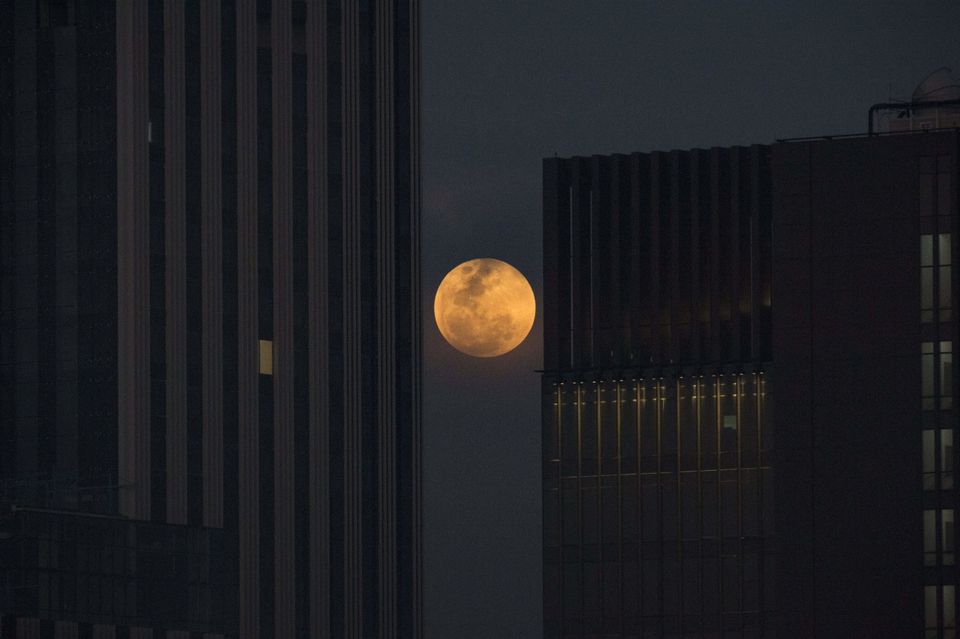