That's according to Communicus' new study about advertising during the big game.

Four out of five commercials during the last Super Bowl failed to make people buy or build product interest, the research firm said.

Researchers interviewed more than 1,000 consumers before and after the 2012 and 2013 Super Bowls, tracking their purchase intentions versus what they actually bought when the ads aired.

The study cited Tide's "Stain" spot from Super Bowl 2013 as a well-liked but ineffective sales generator, while toasting Budweiser's "Brotherhood" spot for not only winning over viewers but "driving preference for the brand."

"For the advertisers that create an ad that attracts attention, gets associated with the correct brand and persuades, the broad audience of the Super Bowl buy is definitely worth it," Communicus President Jeri Smith told The Huffington Post. "It’s just that so many fail to accomplish this feat."

As another example, Smith noted the publicity generated by Doritos' Crash the Super Bowl contest, in which consumers submit their own commercials.

"Some extremely entertaining commercials result from that, but as far as buying more Doritos? It just doesn’t naturally follow," she said.

Look below for Communicus' rankings of winning and losing ads from the previous Super Bowl. (Note that MEI stands for "Market Effectiveness Index.") For more details on the study, visit Communicus. 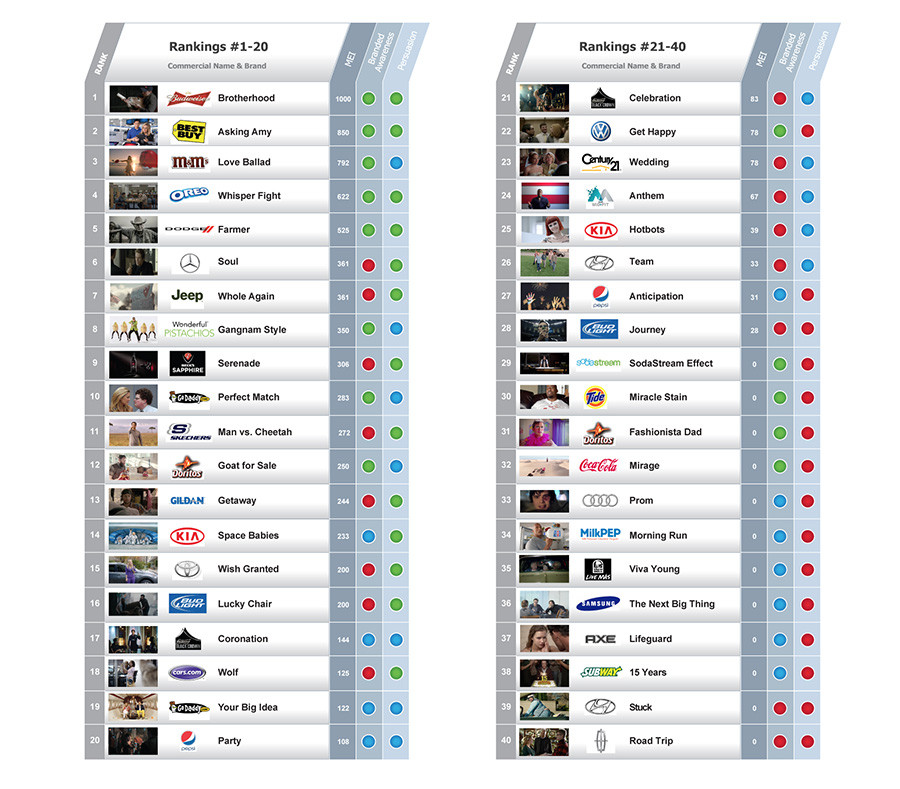