If you pray and wear your underwear inside out, will your team win the big game?

Two weeks ahead of the Super Bowl, half of American sports fans say they believe God or a supernatural force is at play in the games they watch, according to a new survey.

That percentage includes Americans who pray for God to help their team (26 percent), think their team has been cursed (25 percent) or more generally believe God is involved in determining who wins on the court or in the field (19 percent). Overall, half of Americans fall into one of these groups, according to the survey Public Religion Research Institute released Tuesday.

“As Americans tune in to the Super Bowl this year, fully half of fans — as many as 70 million Americans — believe there may be a twelfth man on the field influencing the outcome,” Public Religion Research Institute CEO Robert Jones said in a statement. “Significant numbers of American sports fans believe in invoking assistance from God on behalf of their favorite team, or believe the divine may be playing out its own purpose in the game.” 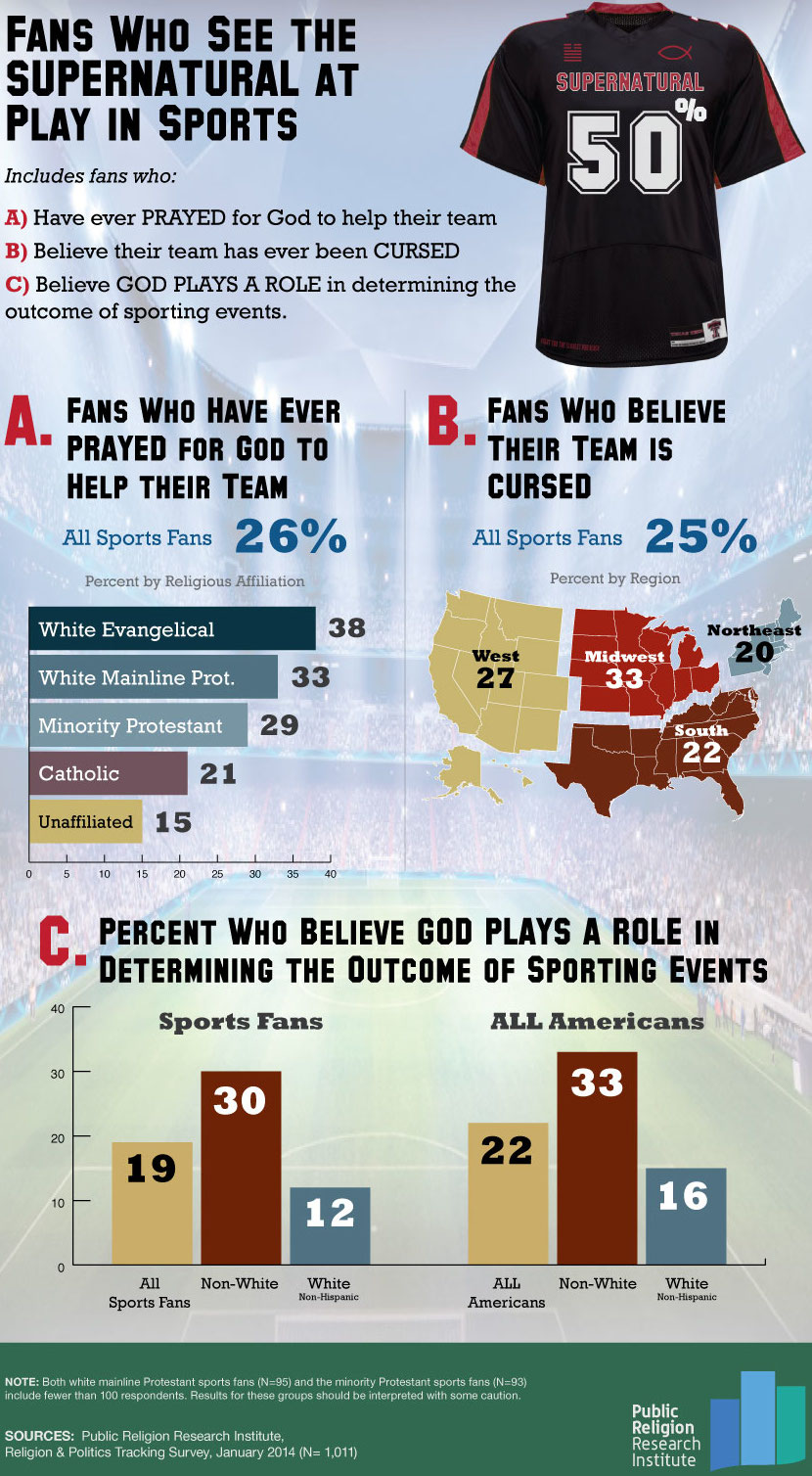 Overall, about one-fifth of sports fans said they perform a ritual before or during games of their favorite teams. The majority of those fans, 66 percent, said the rituals involved wearing jerseys or clothing with team colors. One fan responded to a survey question on rituals by saying he or she wears "a dirty pair of underwear ... over my pants and then I put my jersey on." About a quarter of respondents said their rituals involve a physical activity, such as dancing in a circle, sitting in the same seat for each game or giving a "pep talk" to the television.

Just as they were divided on whether God has a role in sports games, Americans also were divided on whether God rewards religious athletes with health and success. Forty-eight percent of Americans said God does reward athletes this way, but 47 percent disagreed. The belief that God will help religious athletes was most prominent among white evangelicals (62 percent) and non-white Protestants (65 percent). A little more than one-fifth of the religiously unaffiliated held the same view.

The survey, which was conducted via phone in Spanish and English between January 8 and 12, took responses from a random sample of 1,011 adults. It had a margin of error of 3.1 percentage points.