Super Bowl XLVII is a family affair. As you’ve likely heard, the San Francisco 49ers and Baltimore Ravens are both coached by a member of the Harbaugh clan. Brothers John and Jim, separated by just 15 months in age, will stand on opposite sidelines when the game kicks off in New Orleans on Sunday.

"I don't know if we had a dream this big. We had a few dreams, we had a few fights. You know, we had a few arguments, just like all brothers," John, 50, told reporters after his Ravens clinched a berth in the big game. "We'll try to stay out of that business. We'll let the two teams duke it out as much as possible."

Despite the fact that these sibling rivals won’t be reenacting any of the battles from their youth in Ann Arbor, Mich. -- when their shared bedroom was bifurcated by a line of tape -- the game between the 49ers and Ravens has been dubbed the HarBowl (and sometimes the Bro Bowl or the Harbaugh Bowl). On Thanksgiving 2011, the Harbaughs made history by becoming the first brothers to face off as NFL head coaches. The Ravens emerged victorious, 16-6. Oddsmakers favored Jim, 49, and the 49ers to win this Super rematch, but bettors moved the line toward the older brother's team as kickoff approached. If the game could end with neither team winning, losing or covering the point spread, that would be just fine with the mother of both coaches.

"I am going to be neutral in the game," said Jackie, the mother of both coaches, who participated in a pre-game media call with her husband Jack, an accomplished coach as well. "I know one is going to win and one is going to lose, but I would really like to end in a tie. Can the NFL do that?"

Not if John or Jim has anything to do with it.

With a draw unlikely and a surfeit of sibling coverage assured, here are 10 story lines to follow leading up to the game that have nothing to do with birth order in the Harbaugh family.

This story appears in Issue 34 of our weekly iPad magazine, Huffington, in the iTunes App store, available Friday, Feb. 1. 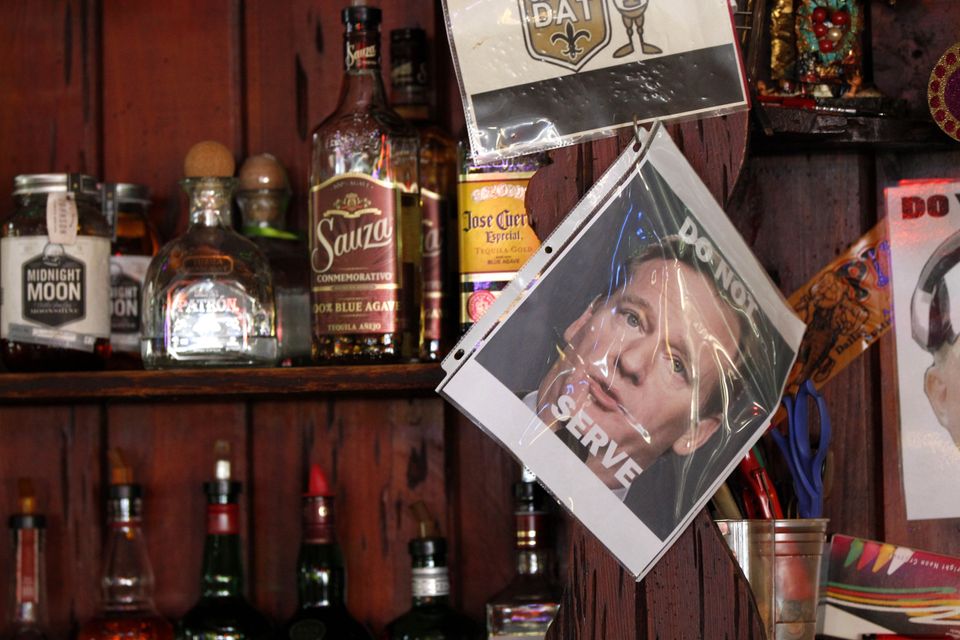 1 / 10
New Orleans vs. The NFL
In what appeared to be an attempt to placate local fans ahead of his arrival, NFL Commissioner Roger Goodell <a href="https://www.huffpost.com/entry/sean-payton-reinstated-nfl-suspended-saints-coach_n_2526572">lifted the season-long suspension</a> of Saints coach Sean Payton a bit early. Needless to say, this gesture <a href="http://profootballtalk.nbcsports.com/2013/01/28/roger-goodell-not-welcome-at-several-new-orleans-bars/">will not make fans forget</a> about the punishments levied – and in some cases rescinded -- in the Bountygate scandal.
AP