It's hard to imagine, but a few years back, not everyone knew what quinoa was. Now, we can't get away from this "super grain," which, incidentally, is actually a seed. With America's ravenous appetite for the next greatest "super food," however, how long can quinoa's star shine before another grain takes its place?

While quinoa may still be everyone's favorite food at the moment, it's only a matter of time until something else ascends to super grain dominance.

So which grains are waiting in the wings to overtake quinoa? 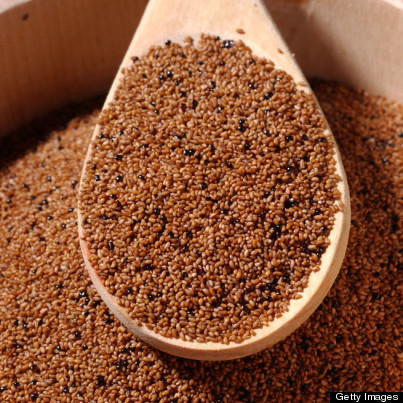 With the world's recent craze over gluten-free foods, it stands to reason that a gluten-free grain would be high in the running to overtake quinoa. Enter teff, an Ethiopian grain with a mildly nutty flavor. Although it's the smallest grain in the world, it packs a serious nutritional punch. Teff is high in protein, calcium and iron, and did we mention it's gluten-free? Regardless of where you fall on the gluten-free hype, the fact that teff contains no gluten will surely help its cause.

An estimated 6.3 million farmers in Ethiopia grow the stuff, and the Ethiopian government is hoping to double production by 2015, the Guardian reports. While the grain is typically ground into flour to make injera -- a spongy, pancake-like bread -- it could also be used on its own as a substitute for wheat flour.
See here for Marcus Samuelsson's recipe for Cold Teff Noodles with Rare Seared Salmon.

Another grain that is poised for the limelight is freekeh -- a grain that is harvested when it is still young and green. The seeds get piled up into stacks and dried in the sun, before they are roasted by being set on fire. The moisture in the seeds prevents them from burning. It tastes similar to barley, but has a smokier flavor thanks to the roasting process.

Freekeh is low on the glycemic-index and high in fiber, and is said to be easier to digest than other grains. It can be found in Trader Joe's and Whole Foods -- which means it's already gaining mainstream traction. Earning the grain major points in our increasingly hurried world, freekeh also cooks much faster than other grains.
See here for a recipe for Freekeh Salad With Fennel and Mint. 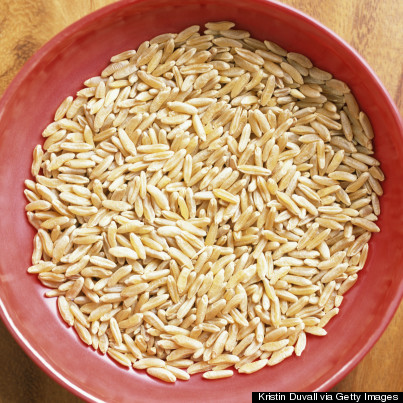 A type of Khorasan wheat, kamut is a grain native to Egypt that has a mysterious history. Some say Noah brought kamut on the arc, while others believe kamut was found in King Tut's tomb. Whatever the backstory, the grain has only recently been rediscovered -- and thankfully so. It is high in zinc, magnesium, iron and protein -- with up to 40 percent more protein than regular wheat. It's also a good source of fatty acids. Kamut "berries" are slightly chewy and nutty, which means they stay intact in hot soups and also make really nice cold salads.
See here for a recipe for Kamut Berry Pilaf with Butternut Squash and Cauliflower. 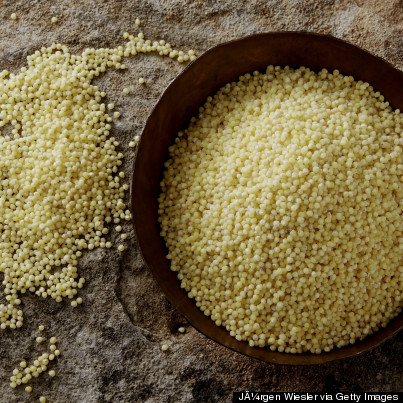 An ancient African grain, fonio is small variety of millet. It is cultivated in West Africa, where it is the staple food for many people. Unfortunately it was given the misnomer "hungry rice," by European colonists, which may partly explain why the grain has gained such little traction in comparison to others grains harvested in West Africa -- like maize and pearl millet -- that have received widespread attention. The grain is light and fluffy, with a texture somewhere between couscous and quinoa. It has a low glycemic index and is gluten-free, which situates it well for more attention in our gluten-obsessed world.
See here for Chef Pierre Thiam's recipe for Fonio Salad with parsley and mint. 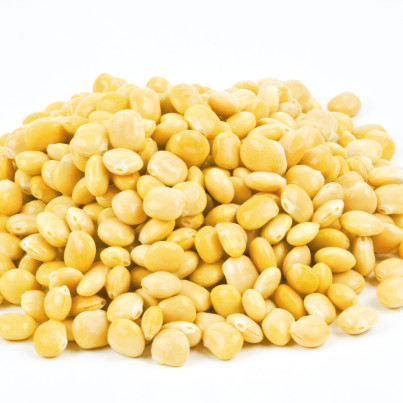 Lupin, also called lupini beans, are legume seeds. While these seeds have been eaten for thousands of years around the Mediterranean, today 85 percent of lupin is grown in Australia. The seeds needs to be soaked before they are cooked. Lupin is often ground into flour and used as an additive to wheat flour, however it can be used as a gluten-free substitute for wheat. An apparently necessary trait of "super grains," lupin is high in protein. It is also high in fiber and could help with appetite control. The grain grows well in cool climates, which may suit it well for growing in other parts of the world than Australia in the future.
See shere for a recipe for Moroccan Roast Pumpkin and Lupin Salad.