A runner was hailed as "Super Ironwoman" after she plunged into Hong Kong's typhoon-whipped waters to save a drowning man, local media reported on Thursday.

Louise Chow was jogging along the waterfront on Wednesday when she spotted dozens of people gathering to watch the attempted rescue of the man from Victoria Harbour, with waters churned by gusts of more than 100 kilometres (62 miles) an hour.

"I don't know why I suddenly had such an urge to take off my shoes and socks, and then I dived in," Chow, a diving coach, told Apple Daily in a video on their website.

Clutching a lifesaver, she grabbed the man and pulled him to land, with dramatic pictures in local media showing other rescuers helping to hoist him from the water.

The 24-year-old man, who had reportedly tried to commit suicide, was crying, video footage showed.

"He said, 'I'm dying, I'm dying.... I have nothing now, I came to Hong Kong alone, I have nothing," Chow, who stayed by the man's side until emergency services arrived, said.

He was rushed to hospital where he was in a stable condition, media reported. Police said the man, reportedly from nearby Shenzhen, had a record of mental illness.

Chow cut herself on an oyster shell and received medical treatment at the pier before resuming her three-kilometre run, The Standard newspaper said.

Witnesses dubbed her "Super Ironwoman", the paper reported, adding that she played a part in a previous rescue in Hong Kong when novice divers got into trouble.

Typhoon Utor brought high winds and rough waters to Hong Kong, shutting down schools and bringing public services to a halt on Wednesday.

It also sank a 190-metre cargo ship off the city's southwest, after leaving six dead in the Philippines. All 21 crew members on board the ship were rescued. 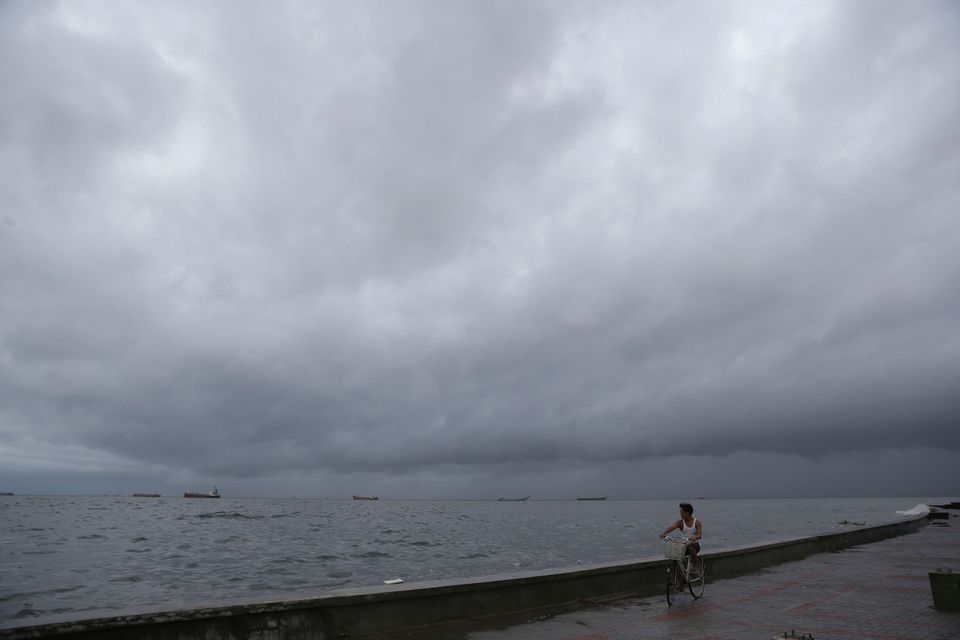