While many in the U.S. battle persistent below-zero temperatures, there's one member of the animal kingdom that wouldn't have a problem with the frigid conditions: the ozobranchid leech.

A team of Japanese researchers recently discovered that Ozobranchus jantseanus is capable of surviving extremely cold temperatures. And while the so-called super leech's resistance to the cold is remarkable in its own right, scientists are interested in learning how the organism is capable of such a feat since it could hold the key to cryopreservation, the process of preserving cells and tissues at sub-zero temperatures.

"Ozobranchid leeches have a mysterious mechanism to prevent freezing. I want to get to the heart of the matter," researcher Takahiro Kikawada said, according to The Asahi Shimbun. 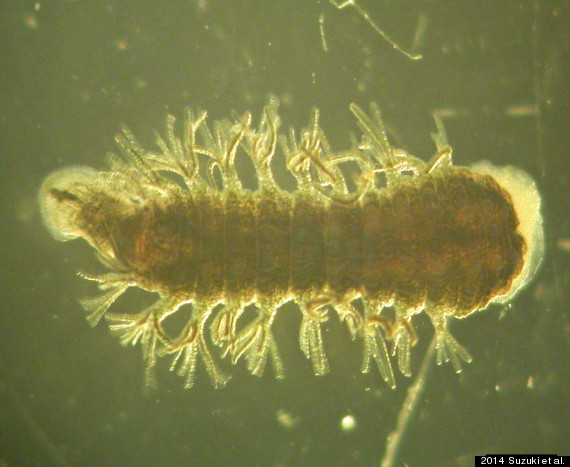 Scientists first witnessed the parasite's extraordinary ability when they stumbled upon a frozen turtle with the still-living leech attached.

As part of the research, published in peer-reviewed journal PLOS One this week, the team investigated the ozobranchid's apparent resistance to the cold by keeping specimens in below-freezing environments for various periods of time. Six other leeches were also involved in the experiments.

Determining that the ozobranchid's ability to withstand extreme cold is unique, the team then set out to test just how long the super leech could survive in below-freezing temperatures.

In the study, the researchers wrote:

[T]he leech survived exposure to super-low temperatures by storage in liquid nitrogen (−196°C) for 24 hours, as well as long-term storage at temperatures as low as −90°C for up to 32 months. The leech was also capable of enduring repeated freeze-thaw cycles in the temperature range 20°C to −100°C and then back to 20°C.

Since the ozobranchid was able to survive not only the extreme cold, but also rapid changes in temperature, the team is hopeful that further study of the super leech will be beneficial for cryopreservation research.

Be Afraid: This 'Super Leech' Can Survive At -320 Degrees
Animals In The News