Sometimes, to truly appreciate the size of something, you have to take a couple steps back. In the case of Super Typhoon Vongfong, Earth's largest storm of 2014 (so far), a "couple steps" is more like 200 miles.

Astronaut Reid Wiseman captured a magnificent picture of Vongfong from aboard the International Space Station, posting it to Twitter on Thursday night along with the caption, "I’ve seen many from here, but none like this." 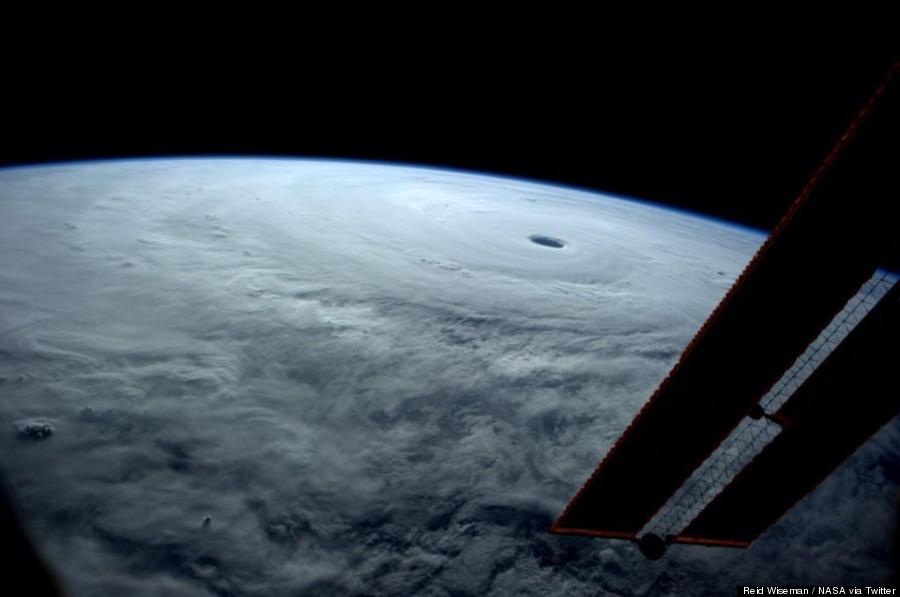 Don't be fooled by the formation's serene beauty from above: At peak intensity, wind speeds in the storm reached 205 miles per hour, with 50-foot waves on the open ocean. The storm has since weakened a bit, reports The Weather Channel, and is expected to make landfall in southwest Japan early this weekend.

For perspective, the eye of the storm (seen above) is 25 miles across.