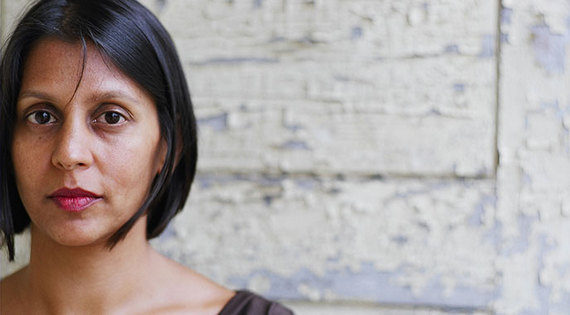 by Sonia Shah and Sarah Crichton

Scientists agree that a pathogen is likely to cause a global pandemic in the near future. But which one? And how? Over the past fifty years, more than three hundred infectious diseases have either emerged or reemerged, appearing in territories where they've never been seen before. By delving into the convoluted science, strange politics, and checkered history of one of the world's deadliest diseases, Pandemic reveals what the next global contagion might look like—and what we can do to prevent it. In this conversation, Sonia Shah sat down with Sarah Crichton, her editor, to talk about visiting illegal pig farms in China, the cholera epidemic of 1832, and her family's personal experience with the superbug MRSA.

Sarah Crichton: Sonia, congratulations on the fantastic reviews you've been receiving for Pandemic! "Superbly written," declares The Economist. And The Wall Street Journal says, "It could hardly be more timely." And yet, you started working on this five or six years ago, before the recent Ebola outbreak, or Zika. Has the focus of your book substantially changed over the years? When you're reporting on emerging infectious diseases, how do you keep up with a constantly evolving—and constantly surprising—story?

Sonia Shah: It's true, emerging pathogens are a moving target. And when these outbreaks first erupt, you don't know how far they'll spread. Some might turn into disruptive pandemics—like, say, cholera and HIV—but some fizzle out. Some go the way of, say, toxic shock syndrome and Mad Cow's disease. Those were big sensations when they first erupted, but they've vanished now, thanks to regulatory changes.

My solution was to use the history of pandemics—in particular the story of cholera, one of our most successful pandemic-causing pathogens—to shed light on the possible future paths of new pathogens, like Ebola, MRSA, avian influenza, and the rest. What I tried to get at are the underlying drivers behind these pathogens. Where do they come from? How do they spread? These are microscopic creatures with no independent locomotion—it's human activity that gives them wings. So I focused on those human activities.

When Ebola broke out in late 2013, I was halfway through writing the book. But the underlying drivers that brought Ebola to West Africa—deforestation, rapid urban expansion, social neglect—were things I'd already been writing about. I was able to bring the Ebola story into the structure of the book pretty easily, because it was a perfect example of everything I'd been learning about epidemics. So is Zika.

SC: To research this book, you traveled to hot spots where new pathogens are most likely to hatch—travels that took you everywhere from an illegal pig farm colony in China to a splashy new medical center in India that specializes in international medical tourism. How did you determine where to go? What surprised you as you traveled? What alarmed you most?

SS: I knew I had to go to Haiti, to see the leading edge of the seventh pandemic of cholera. But other than that, I was open to going anywhere. I had a map of a bunch of places I wanted to go: the so-called disease hot spots. These are places where new pandemic-causing pathogens are most likely to emerge, because there's a lot of invasion of wildlife habitat, or urban expansion, or intensive agriculture, or population mobility, or some combination of all of those things. Of course there are a ton of logistics involved in getting to these places, so ultimately I went wherever the logistics worked out.

I'm not one of those reporters who sees contagions as thrilling or romantic. When I went on these trips, I was fearful of getting exposed or, worse, becoming a modern-day Typhoid Mary and picking up pathogens and spreading them around myself. Some part of me expected that when I went to these disease hot spots that the local people there would feel the same way: fearful. But of course they don't. The farmworkers who handle bird-flu-infected chickens in south China, and the children playing in New Delhi gutters where super drug-resistant pathogens roost are totally blasé about the pathogens in their midst. So what you see is boredom, joy, and all the other emotions of normal life. Not fear and terror. It's striking. But it makes sense, when you think about it. If people felt fearful about the pathogens around them, they'd take precautions to not get exposed or spread them around. It's exactly because they don't that these pathogens travel far and wide.

SC: To me, one of the most surprising and alarming stories in your book hits much closer to home. It is the quite terrifying struggle of your own family, when you and your sons became infected by the superbug MRSA. That had not been the case when you first started writing this book. What a scary coincidence! And have you all finally managed to wipe it out in your household?

SS: My older son was infected about a year before I started writing the book. In the book, I tell the story of getting a call from his dad telling me that our son had a MRSA-related fever and was being sent home from school. I was out of town with the family car so he had to walk home. In fact, I was having lunch with you in New York, discussing the idea of writing this book!

I was infected about a year into writing Pandemic. Strangely, it didn't even occur to me to write about it, at first. It just seemed so personal. And I think part of me didn't want to think too much about what was going on—that this hard-to-control pathogen had so deeply rooted itself in my family's life. But of course it is a perfect example of everything I was learning about how new diseases erupt and spread.

My son and I still have MRSA. The infections come and go. We live with it, and with the uncertainty of not knowing whether it'll get worse or better or what. I think that will be the new normal for many people in this coming era of emerging pathogens, in which there are few or no effective biomedical treatments.

SC: You are such a vivid, descriptive writer. But what is also fascinating and exciting to read in your book are contemporaneous accounts of the cholera epidemic of 1832. Those were very dramatic, and horrifying.

SS: That was one of the reasons I wanted to use cholera as a lens. The nineteenth-century pandemics of cholera were so terrifying, so fast moving, and so well documented. This pathogen can kill a person in a matter of hours. People would be infected after breakfast and dead by dinner. But this was the new factory age, and the canals and steamships that ferried cholera around were fueling massive economic growth. And so in New York, Paris, and elsewhere, city leaders refused to acknowledge (and sometimes even attempted to suppress) news about cholera epidemics. This outraged journalists and doctors who could plainly see the destruction this pathogen was causing. In defiance they documented it lavishly.

SC: In Pandemic, you quote one man who attended a lecture of yours as saying, "Well, you've scared the shit out of me." It's hard not to be scared witless by much of what you write. Is there any good news you can leave us with?

SS: It's true, this can be scary stuff. But I think that is mostly because we have this expectation that we should be able to live infection-free lives, that we shouldn't have to worry about contagion, and medicine should have solved all of these problems for us already. It's a side effect of the era of antibiotics, which really did seem to vanquish infectious disease. But that infection-free period only lasted from around the 1940s to around 1980, when all of these new infectious pathogens started erupting.

The reality is that we live in a microbial world and medicine is not going to save us from the risks embedded in that. We have to accept some level of risk. Still, there's a lot we can do to avoid contagions. We can take reasonable precautions to reduce the conditions that fuel them, for one thing. And when they hit, we can harness human cooperation to contain them, by collectively changing the behaviors that allow them to spread. I have a lot of faith in the immune system, too. It's been refined over millennia to repel pathogenic intruders. We're not powerless in the face of pandemics. 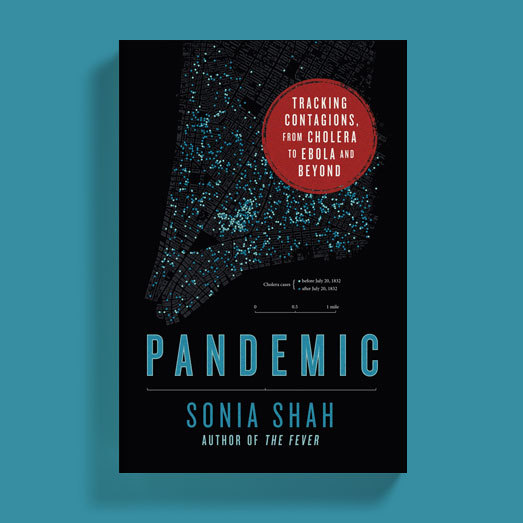 Sonia Shah is a science journalist and prizewinning author. Her writing on science, politics, and human rights has appeared in The New York Times, The Wall Street Journal, Foreign Affairs, Scientific American, and elsewhere, and she has been featured on Radiolab, Fresh Air, and TED.com, where her talk "Three Reasons We Still Haven't Gotten Rid of Malaria" has been viewed by more than a million people around the world. Her 2010 book The Fever was long-listed for the Royal Society's Winton Prize for Science Books.

Books
This post was published on the now-closed HuffPost Contributor platform. Contributors control their own work and posted freely to our site. If you need to flag this entry as abusive, send us an email.