This article was originally published on riskology.co

Martin Goodman was a man who understood the importance of taking risks. The oldest of 13 children born to Lithuanian immigrants, he grew up in the great depression and traveled the country living in hobo camps. Hardship and despair was prevalent across America. The risk-takers of his parents' generation had destroyed the economy and Americans, in general, were playing it safe.

Martin yearned for something big, though. He wanted to be a publishing man, and he got himself started by managing clients for the Eastern Distributing Corp. [1] He worked hard, took chances on his intuition, and climbed the corporate ladder. He was on his way to great things. Then, Eastern Distributing went bankrupt and Martin lost his job.

This would send most people into depression, but Martin carried on, resolved to go bigger. A few jobs and small successes later, Martin decided to start his own company, Timely Publications. He'd noticed superhero characters were becoming popular, so he made an enormous bet. He hired a company to develop a super hero comic book and printed a million copies. His first comic and he was already betting the company on it.

If they called him crazy, it wasn't for long. Martin worked hard to develop his leadership and intuition for products that could go big, and he knew he had a hit when his writers delivered the star character in his new magazine: The Human Torch.

If this story is starting to sound familiar but you can't quite place it, The Human Torch went on to become a founding member of The Fantastic Four--one of the longest lasting and most recognizable comic brands in history. It's owned by Marvel Comics which, you guessed it, is the name Martin traded for Timely Publications in 1961.

If you want to ride that wave and experience it yourself, there are three important leadership lessons and rules for success from the Marvel story.

Have you ever noticed how spending $5 on a little extra at the store takes almost no thought at all but when you're about to buy something big--a new car, a computer, a vacation package--you spend a considerable amount of time and attention on it.

We're hardwired to focus and get the big things right because the big things are also the riskiest things. We're motivated to avoid loss. It takes a lot of money to buy something big, and a lot of money, for most of us, means a lot of time spent working. If you blow it, it'll be a long time--and many hours at work--before you can try again.

That $5 trinket you picked up on a whim? If it turns out to be a bad choice, you'll just toss it and try again.

Martin Goodman sold a million copies of his first comic book because he didn't have any other choice--the printer wasn't going to take them back if they didn't go. He was motivated to make it work because any other outcome would have been disaster. 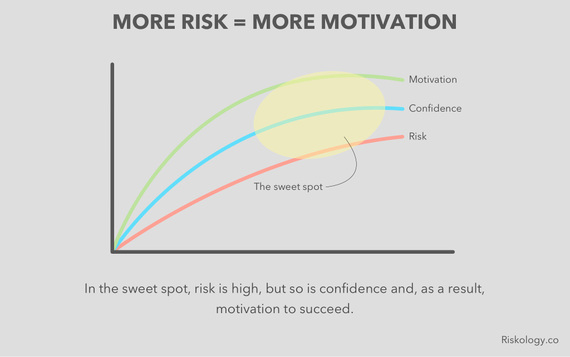 I call this the Time Bomb Method" of goal achievement. If you want to make sure you do something big--especially when you're not sure you have what it takes--put some details in place ahead of time that are permanent and make failure an unattractive option.

Read next: How to Guarantee You Complete Your Dreams (Even If You Suffer From Last-Minute Anxieties)

That's not to say you should jump head first into something that could ruin you with no sign that success is possible. Before you take an enormous risk, take a small one first.

When I wrote that Goodman ordered a million copies of his comic, I left out an important detail. He actually ordered 100,000 copies first, as a test. When those sold out, he knew he was on to something and he was ready to make an enormous bet on a much bigger order. The second run, of course, sold out just like the first.

2. Set Tight Deadlines to Give Yourself Tight Focus

In 2009, Disney bought Marvel Comics for $4 billion. Yes, billion with a b. And if that's not impressive enough, Marvel had lost its way and gone bankrupt just a decade earlier.

In a way, the Marvel story is a perfect reflection of every great comic book. Good has been defeated and it seems evil prevailing is a foregone conclusion. Just as the scene is about to go dark, a hero appears. They're unwilling to go down without a fight. Time is short so the hero springs to action. They quickly ready themselves for battle, they rally the townspeople around them and then, against all odds, they defeat the evil intruder and happiness is restored.

Marvel's real-life hero came in the form of an entertainment businessman by the name of David Maisel, and his superpower was the ability to rally an organization around tight, focused deadlines with incredible risk.

Nearly a decade after Marvel took the biggest hit of its life in bankruptcy court and no one was willing to commit to anything too big or too soon, Maisel convinced Marvel's leadership to take on the biggest challenge of it's existence--build its own movie production studio--and do it faster than anyone imagined possible.

They took a $500 million loan with just seven years to pay it back.

Remarkably, they did it. But anyone with a basic understanding of human psychology and Parkinson's law--the one that says any task will fill up whatever time you give it--would tell you, "Of course they did." 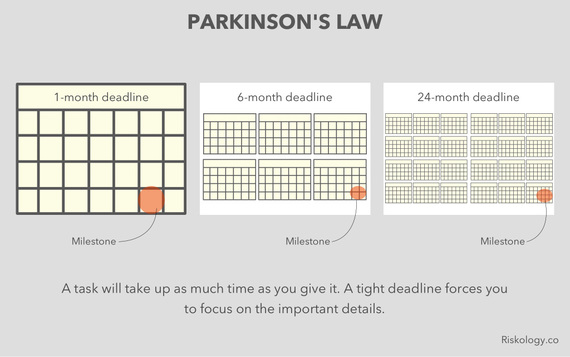 Maisel knew the path to success was not just to do something big, but to do it quickly. He knew an impending deadline would rally the company into a sense of urgency to turn their situation around. It's what I like to call, Big Dream Theory. And it worked.

Read next: Why Big, Crazy Dreams Are Easier To Reach Than Small, Ordinary Goals

When you want to get something big done -- especially when you need the help of others to do it--your team needs to feel like the pressure is on and every action they take really counts. Tight deadlines inspire tight focus, and tight focus leads to success.

Steve Jobs liked to say that "good artists copy, and great artists steal." [2] What he meant is that truly great ideas and products come from making refinements to ones that already exist. It's how Apple built the Macintosh, the iPod, and other products that redefined their generations.

Marvel--in it's start and again after bankruptcy--did the same. And so should you.

When Martin Goodman started Timely Publications with his first superhero comic book back in 1939, he wasn't setting the trend with a new idea. Comic books had been around for years and superhero comics were just starting to increase in popularity.

Martin took an enormous risk on something that he saw was already working. He took an existing concept, made it better and invested everything he had in it.

David Maisel did the same thing when he brought Marvel out of bankruptcy. Superhero movies had been made for decades. Even movies based on Marvel characters had been produced. He knew they could make a fortune with their own movies because other film studios were already making their own fortunes with Marvel's own characters. They stopped licensing their characters and started making their own films. They put everything on the line to make it work, and it did.

Chances are, whatever you're working on is not a brand new idea. That's not bad news; it's good news. It means you have a lot to work from. You can see where others have succeeded and failed before you. You can see what exists that could be better. And if you give it everything you've got to make it better, you'll probably do it.

Do This in the Next 10 Minutes

Ask yourself now what you can do to make your vision five times bigger. Then, ask yourself what you would do if you needed to finish it five times faster. Your answers will bring you closer to what will actually work.

To stand at the verge of success, you also have to stand on the brink of failure. That doesn't mean the odds of success and failure have to be the same--far from it. But the stakes need to be high. That's when your inner superhero emerges to save the day.

Emily Lundberg contributed to this article.