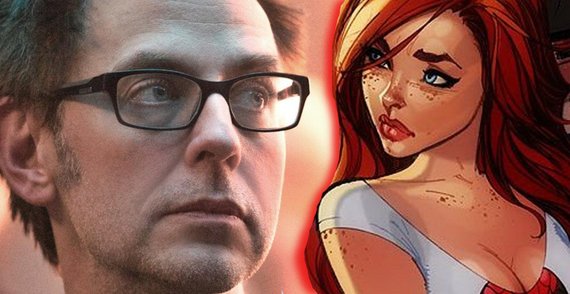 It's obvious to every comic book fan and moviegoer in America that superhero movies are getting worse, not better. Even though these films are profitable, that doesn't mean they are actually good movies or reflecting the long history of readers interacting and co-creating these characters.

It was announced last week that iconic character Mary Jane Watson (occasional girlfriend of Spiderman) was going to be played by Zendaya, an actress with mixed racial heritage. Immediately, longtime fans of Spiderman voiced their dismay, summarized by Matt McGloin of Cosmicbook News: fans are tired of the homogenization of the characters they grew up with by "taking the PC route." They are tired of studios directly lying to them about the cast list of a project. "Disney and Marvel have been taking a [politically correct] path in their comics by replacing characters with PC versions, which looks to have finally caught up with the company as sales haven't been that good and fans are getting pretty sick and tired of it all." In another McGloin adds, "Personally, I'm from the school of thought that they should just create new characters instead of replacing already existing characters, and that goes for all characters of color and creed. For instance, I wouldn't want a white, Chinese or Latino Luke Cage or Black Panther or John Stewart, and I wouldn't want a male Catwoman or Harley Quinn."

Fan frustration, often dismissed as racist and misogynistic because a majority of the heroes being politically corrected are white males, is actually more complex than either of those issues. The frustration comes from a long and winding history of fans living with and growing with their favorite heroes and villains, only to see their co-creations being changed in sharp and unanticipated ways that dismiss decades of material. A revamp or change that is wildly inconsistent with the canon of fandom -- say, recasting a white character with a black one without legitimate explanation -- and then lying about it during production to silence fans is not just insulting to the inner child, it's insulting to the adult who wants to experience a form of nostalgia. Instead of seeing fan frustration as a simple issue of racism -- after all, most fans of Spiderman are quick to say they like Zendaya and appreciate her as an actress -- the creative teams need to set aside their need to change everything overnight (the greatest sin in managing), need to stop berating and directly insulting fans, and begin simply telling the truth. This is not about comic books, either. It's about the "new hands" of movie studios dismissing history, lying, and insulting fans (in a way that is reminiscent of Donald Trump) to shame them into buying the cheap marketed goods. Fans are still upset, for example, about the way that director J.J. Abrams directly and specifically lied to them about Star Trek: Into Darkness (2013). They are insulted that Paramount made a bad movie with a bad plot and covered it up with lens flares. They are angry because they deserved better than that. Their sense of betrayal eventually damaged the profits of the phoned-in Star Trek: Beyond (2016), which many critics felt was a return to the old style of the property. Fans have a long memory -- it's how they juggle obscure references and issue numbers the way other individuals can recall baseball stats. But if the MLB or NFL said, "Oh no, wait. The Saints didn't win the Super Bowl XLIV in 2009. We think the Broncos won that year -- in fact, wait, we think Michael Jordan made the winning touchdown," you can bet fans would collectively voice their What The Hells -- and not because they were racist. Just because the experience of a character is fictional doesn't mean they are not real for the fans.

Now, fans approach a lineup of forthcoming films with gritted teeth and apathy, knowing the studios don't care about them, their favorite characters, or the storyline of their projects. Seriously, what the heck was even going on in Suicide Squad and why was the Joker even in it for the miserable 3 minutes he appeared? Actors are joining with fans to voice their frustration as well. Jared Leto was profoundly disappointed in the final cut of Suicide Squad and Margot Robbie said she felt was sexualized and made to feel uncomfortable during filming to ensure ticket sales. But still, the studio trots out their warriors to shame fans. Director James Gunn recently called fans "racists" for speaking out against the casting of Zendaya as a traditionally redheaded white woman. Gunn said, "For me, if a character's primary attribute -- the thing that makes them iconic -- is the color of their skin, or their hair color, frankly, that character is shallow and sucks." The same, it could be argued, is true of costumes, character and motivating details, relationships, and every other signature attribute that makes the hero, heroine, and villain unique and identifiable. Iron Man doesn't have to wear a suit of red and gold. Wolverine doesn't need claws or a healing factor. Wonder Woman doesn't have to be a woman. Batman's parents? They're alive and well! They're living in Miami in a retirement community! Studios, seeking to build a franchise and control of the story toward that end, can change every detail that doesn't fit into their run time and marketing rollout. Fans are supposed to go along with that; in fact, the studios behave as though it's the fans, who have spent the last two decades with these characters, who "don't get it." Needless to say, tensions on both side of the screen are high.

I, for one, looked forward to Batman v. Superman. Later, when it was announced that Wonder Woman would make a cameo before getting her own film, I was elated. But I also have deep and serious reservations after seeing what Warner Bros. has been doing to the franchise. I'm afraid the studio will wash Wonder Woman of those elements that make her interesting and, again, unique. I am afraid they will take a strong and independent character and follow the popular trope that behind every strong woman is a stronger, more capable, more competent, and more accomplished man. I am afraid Wonder Woman the film, to sell tickets, will be unrecognizable and trite. As the trailer and promotional materials have been rolled out, it appears Warner Bros. is doing just that. They will make Wonder Woman their version of Marvel's Captain America: The First Avenger (2011). Her origin story takes place during a World War, she runs and jumps through the woods in pursuit of fascists armed only with a shield, the main villain is seeking to collect mysterious objects, and she will presumably disappear for several years until she forms the Aveng- err... I mean, the Justice League. Sound familiar?

The rest of this article can be found here on Randall's website, where he addresses issues of race, culture, and politics.