By Alexander Forbes See the original story on artnet News 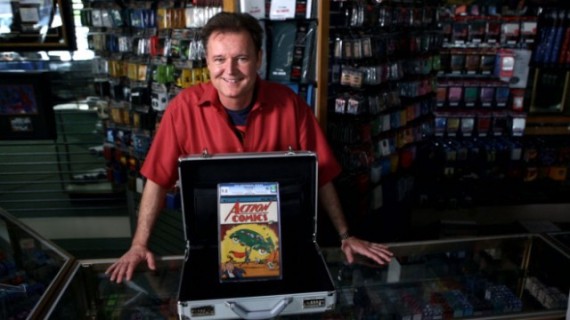 Previous owner Darren Adams with Action Comics No. 1 ahead of the sale. Photo: Courtesy eBay.

The first comic book ever to feature Superman, Action Comics No. 1 (1938), has broken the record price for a comic. It sold for just over $3.2 million in an eBay auction that ended on Sunday, August 24, the BBC reports. The comic is only one of 50 originals of Action Comics No. 1 that has not been restored. It received a near-perfect 9/10 rating by Certified Guaranty Company, a collectibles rating agency.

Forty-eight people placed bids on the item over the course of the sale. It was consigned by Darren Adams, the owner of Pristine Comics in Federal Way, Washington. According to a photo posted to Instagram on Monday, New York’s Metropolis Comics and Collectibles entered the winning bid of $3,207,852.

Metropolis’ owner Stephen Fishler subsequently told the AP that the piece was “just too good of an opportunity to pass up.” Pointing out that the original sold for only 10 cents in 1938, he said that the comic’s worth is almost unbelievable, “but it is Superman. That’s an iconic thing. It’s the first time anybody saw what a superhero was like.”

This latest copy of Action Comics No. 1 (1938) to sell beats the previous record for a comic book at auction. That was set by another copy of the same comic, which sold for $2.16 million in 2011. It held the scintillating provenance of having belonged to Nicolas Cage. The piece was stolen from him in 2000 and recovered several months before being sold. However, yellowing and fading of its pages is said to have led to the lower result. Yet another copy of Action Comics No. 1 (1938) sold in March 2010 for $1.5 million. 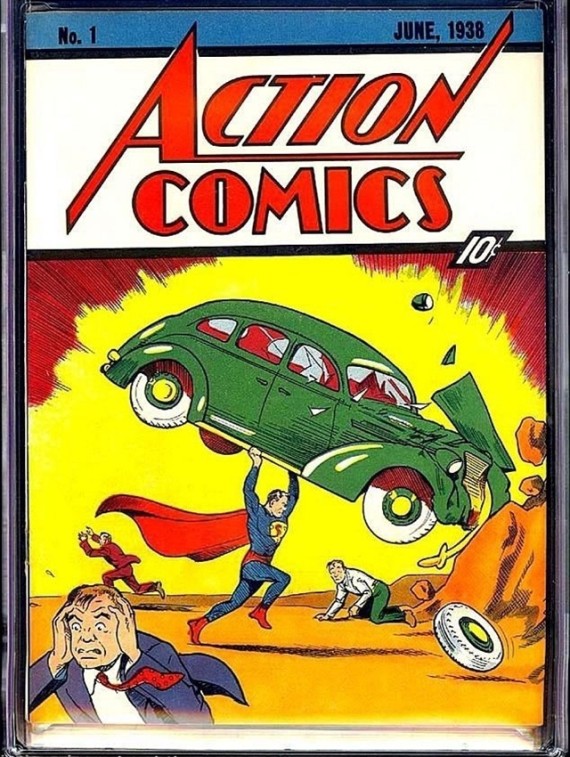 “It’s a historic moment that not only speaks to the greatness of Adams’ Action Comics No. 1, but also the overall health of the comic book market,” Harshen Patel of Certified Guarantee Company told Wired in a statement about the most recent sale. Pristine, early comic books have routinely been hitting the seven-figure mark in recent years. According to Wired, all of the top 20 most expensive comic books were sold since 2010.

As artnet News previously reported, the auction began on August 14 with no reserve. By Thursday of last week it had already approached record territory (“First Superman Comic Breaks $2 Million on eBay“).