No one disagrees that our education system needs to improve. Internationally, we score 25th in math and 21st in science. We have 2,000 high schools that can classified as "dropout factories." We have a dropout rate of 7,000 kids per week and in the fifty largest American cities we have almost a 50% dropout rate. Yes, we need to fix our schools.

However, the answer is not charter schools or getting rid of the teachers' unions as suggested in Davis Guggenheim's film Waiting for Superman that opened nationwide on September 24. The movie is an over-simplification of a complex problem. 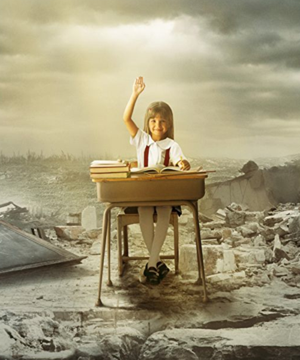 Teachers alone are not Supermen; even outstanding teachers cannot change the face of education alone. I am a long time teacher (27 years) in Palo Alto, CA; I founded what is now the largest high school journalism program in the nation at Palo Alto High -- more than 500 kids are now electing to take journalism/media studies out of a student body of 1,800. I could not have done it without the support of the parents, the community, and the administration. All teachers need the support of the parents and community and without that support, it is an uphill battle to get the students to do well. That is why only 17% of charter schools have improved test scores over public school and 37% were significantly worse. Most charter schools that do well require parental participation.

While the film has some serious over simplification issues, it does a great job of getting everyone outraged and talking about education issues. Teachers are mad because they are unfairly targeted; labor union people are furious; parents and students are angry and afraid for their kids. It is not a happy movie. In fact, bring a box of tissues with you. Three of the five children in the film whose lives are controlled by the lottery lose out and don't get into the charter schools. Parents are crying, kids are crying. They are all waiting for Superman to rescue the system and there is no Superman. Rick Ayers, a former high school teacher, says in his review of the film, "The amped up rhetoric of crisis and failure everywhere is being use to promote business model reforms that are destabilizing even in successful schools and districts"

Instead of using the film to further destabilize our schools and bash teachers, we should channel all that outrage into a positive reform movement that could really improve the schools.

Here are some ways that we could really help the schools and work with the teachers:

How would this help schools? Having kids come to school ready to learn would make a big difference to elementary teachers. Many kids have never had a book read to them or played a game. We need to teach young parents the best ways to parent and how to be a supportive part of the school community. All parents want their kids to succeed, but often they don't know how to parent effectively. They don't know what activities lead to success for their kids.

Parents in poverty areas also need free daycare centers to get their kids ready to learn to read by first grade. It turns out that there is a strong correlation between learning to read by fourth grade and poverty. Today eighty-five percent of 4th graders in poverty areas are below grade level. Pretty scary statistic---We need to support elementary teachers in their effort to teach reading and one way is with meaningful reading material that engages students like those from Developmental Studies Center.

One of the best supports for teachers in the nation is the New Teacher Center headed by Ellen Moir. This is a program that helps new teachers be effective and stay in the classroom and it should be available to teachers nationwide. As a nation we don't have a problem attracting teachers; we have a problem keeping them--50% dropout after five years.

Students are not using libraries these days, but they would if there were computers and software there for them to use. If we could turn libraries into digital hangouts for teens, then we could improve learning. Kids today spend almost eight hours per day consuming all types of media but most of it is meaningless.

Waiting for Superman implies that funding is not the problem in education. However, one of the heros of the film---Geoff Canada from the very successful Harlem Children's Zone gets a significant amount of additional funding from private sources. He couldn't do it if he did not have that extra funding.

In California and in many states around the nation education funding has been cut. Class sizes are huge and many schools have furlough days to save money. San Francisco Public Schools is just one example; there are hundreds of others. This is just the opposite of the KIPP schools approach, featured in the film. They are successful because they have longer days, provide meals, and even have school on Saturdays. The boarding school featured in the film provides support for students 24/7. All these schools get extra funding.

Bill Gates said on the Oprah Show last week, "If you go to one of these tough dropout schools, your chance of going to a four year college is even less than your chance of going to jail." The film shows that housing prisoners is much more expensive than educating students. As a nation, we need to channel our outrage into constructive ways to support schools, and not wait until the crisis deepens.