How many times have you made a quick stop by the grocery store for a couple of simple items like milk and bread, only to wander out in a daze almost an hour later with an entire basket full of random items, junk food and 2-for-1 deals?

Perhaps you walked in with a mission and a list, only to be dazzled and delighted by the delicious smells in the bakery, shiny towers of fruits and vegetables, free samples of tasty dishes and the incredible deals -- well, at least they looked like deals. But supermarkets are employing a wide variety of psychological tricks to encourage you to buy more than you need, which not even the most astute shopper can resist.

Discover the following tricks that supermarkets commonly use to entice shoppers to shell out, and you will be able to resist their sneaky methods and save your money for what you really want. 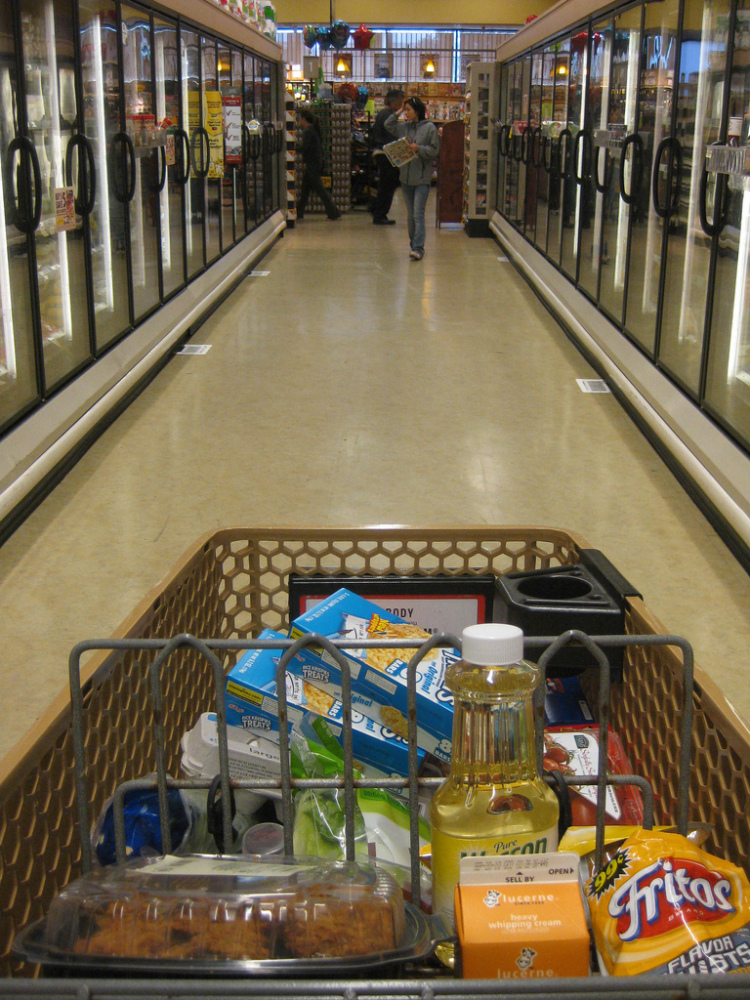 1 / 11
Shopping carts
Invented in the 1930s to help shoppers tote their purchases, shopping carts are often grabbed automatically on the way into the store -- and then filled along the way out. Don't absentmindedly go for a cart. Instead, choose a small handled basket, or only buy what you can carry in your arms, especially on those quick runs for one or two items.
Flickr: coolmikeol