Ostensibly, the news here is that as many as 100 giant-scale radio-controlled aircraft -- with wingspans from 80 inches to 29 feet -- will appear at the St. Louis Radio Control Flying Association's air show in Eureka, Missouri, from June 6-8. But really the news is that these "supermodels" exist, and they are a growing trend. 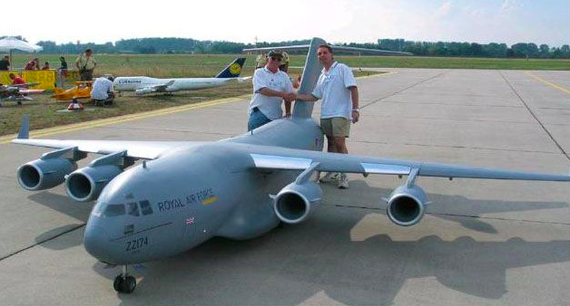 "People have been gravitating to bigger aircraft because they fly so much better," says Kenneth Merrill, the St. Louis Radio Control Flying Association's vice president, who estimates that there are now as many as 100,000 supermodels in the United States. "Also radio technology has been getting smaller, so it's a lot easier to fly them."

Merrill, a 51-year-old computer engineer, will be piloting a 1/5 scale P-51 Mustang that took him two-and-a-half years to build -- its wingspan is 98 inches, it weighs 18 pounds, and flies 130 miles per hour. Labor aside, the cost of such planes typically runs $3,000 to $5,000, but can climb into six figures with the installation of jet engines -- which you need if you want your model to fly 200 miles per hour. (This weekend's show will feature multiple demonstrations of that.)

What drives hobbyists to spend years and/or six figures to construct RC planes?

Carl Bachhuber, retired CEO of Wisconsin's Mayville Engineering, offers three reasons: "One, the bigger planes are generally easier to see and, at my advanced age, fly. Two, the engines, which are gasoline powered, are much more reliable than old glow engines, but [are] bigger and heavier, requiring a bigger and stronger airframe. Three, which is probably the most important for me, is the strokes I get when attending an event. Once in a while somebody comes to me after a flight and says, 'Man, that looks like the real thing in the air.' That makes my day!"

Bachhuber's 1/12 scale B-36 Peacemaker, shown below in the shop and then on the airfield, has a wingspan of 19 feet and weighs 98 pounds. For comparison's sake, real airplanes are often smaller. The relatively tiny Cri-cri has a wingspan of just 16 feet and weighs 172 (without the pilot). A Cessna 172R, America's most common plane, is 36 feet across the wings and tips the scale at a ton. 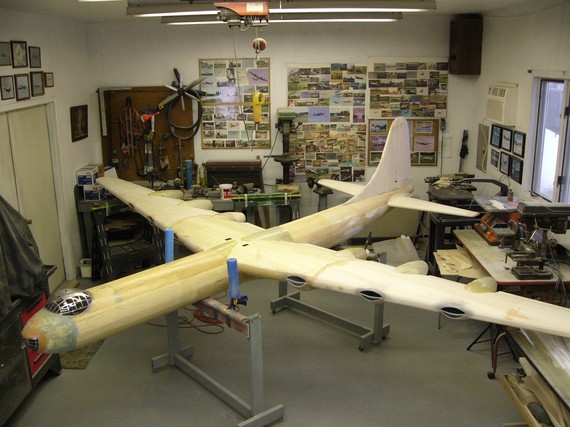 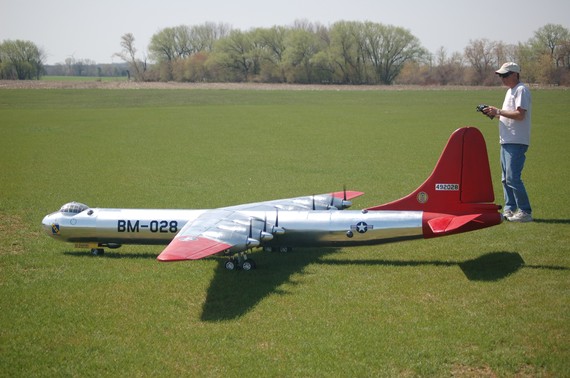 Bachhuber's website -- featuring extensive information, photographs, and in-flight videos of his fleet of RC aircraft -- is a must-read for prospective supermodelers.

Admission to this weekend's Fly-In in Eureka is $5 per vehicle. The air show includes a barbecue as well as activities for children--though likely their attention will be held by the goings-on overhead. It also bears mention that there will be flying lawnmowers. Click here for Fly-In details. 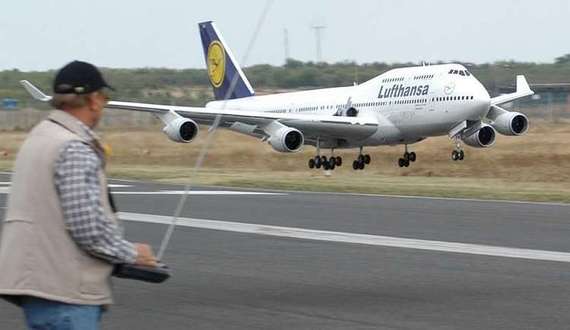 Video of the world's largest RC plane -- not a happy ending, as the title suggests: