Not one, and not two, but we've got a summer full of three "supermoons" ahead of us -- and the first one is set to peak this Saturday at 7:25 a.m. EDT.

These supermoons -- July 12, Aug. 10 and Sept. 9 -- will appear even bigger and brighter than the average full moon.

What makes these moons so spectacular? A supermoon, also known as a "perigee moon," occurs when a moon turns full around the same time it reaches "perigee," the closest point to Earth along its elliptical orbit.

While this may sound like a rare event, Geoff Chester of the U.S. Naval Observatory told NASA Science News that it’s actually relatively common. Just check out the video above.

“Generally speaking, full moons occur near perigee every 13 months and 18 days, so it’s not all that unusual,” he said. “In fact, just last year there were three perigee Moons in a row, but only one was widely reported.”

"I guarantee that some folks will think it's the biggest moon they've ever seen if they catch it rising over a distant horizon, because the media will have told them to pay attention to this particular one," Chester told NASA Science News.

Send us your supermoon photos this weekend! You can tweet your photos with hashtag #HPsupermoon. Or, you can submit them directly to our "Supermoon 2014" slideshow below. We'll be collecting user photos from all over, and yours may be featured!

First Spectacular Supermoon Of 2014 Will Peak This Saturday
Supermoon Photos 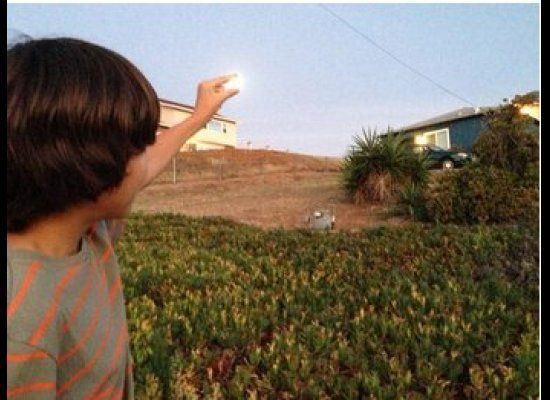