Last month, scientists at the Lawrence Berkeley National Laboratory in California discovered what they think could be the youngest -- and closest -- supernova in decades, leading UC Berkeley's Joshua Bloom to call it "the supernova of a generation."

The supernova, which is essentially an exploding star, has been named PTF 11kly. And even though it exploded in the Big Dipper, 21 million light-years away in the Pinwheel Galaxy, you might just get to see it over the next few weeks.

The Huffington Post spoke to Peter Nugent, a senior scientist at the Berkeley Lab who was the first to discover the supernova, who gave us some tips about how best to view the supernova.

Well, that depends on where you live.

"But if you're anywhere near the city, you'll want a six- to eight-inch telescope," Nugent said, referring to the diameter of the refractor mirror on the telescope. "Nothing fancy. Nothing high-end," he added.

Nugent said not to worry if you miss it when it reaches peak brightness on September 9, saying that the supernova will be visible for a couple weeks.

But since September 12 is a full moon, it's best to wait until the following day. Then, right at sunset, before the moon comes up and the big dipper is at its highest point, it's time to break out the binoculars or telescope.

"The easiest way to find it," says Nugent in a video released by the Berkeley Lab, "is to take the last two stars in the handle of the big dipper, form an equilateral triangle heading north, and bang, you'll find the Pinwheel Galaxy." 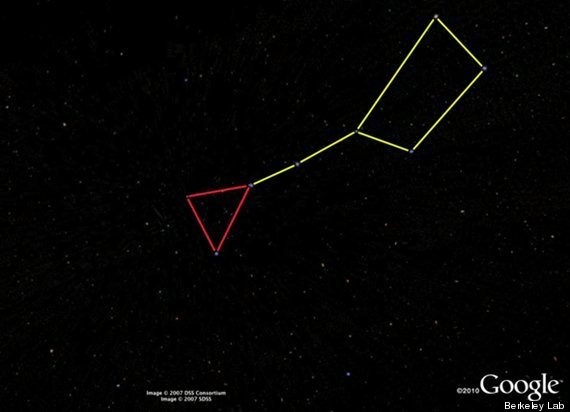 Because PTF 11kly is so far away, it takes time for the light from the explosion to reach the telescopes. The images below, which were taken on August 23, 24 and 25, show the supernova first appearing and then getting brighter over a three-day period. 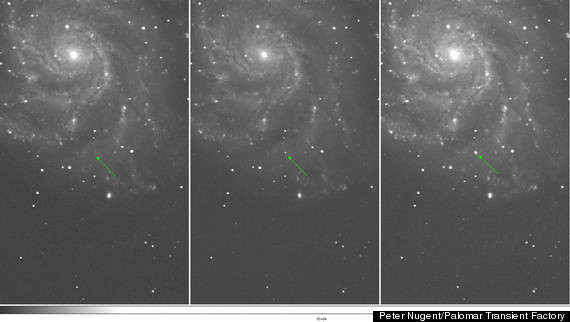 Have you been able to see the supernova? Let us know in the comments, or submit pictures and video using the Send Photos/Videos link below.