"Step on a crack, break your mother's back." A silly childhood rhyme -- or an action you try to avoid because, well, you love your mother? Believe it or not, many of us still adhere to various superstitions, even if done so subconsciously. When it comes to "step on a crack," it's not clear exactly where this ditty came from, although it's been recorded in print since at least the 19th century, usually with additions such as "Step on a line, break your mother's spine."

No doubt many of us -- whether we want to admit it or not -- avoid walking under ladders, if possible, and believe a groom should avoid seeing a bride's dress before the wedding day. And no matter how silly it sounds, superstitions may actually be a good thing. One study showed that believing in something like a good luck charm actually helped improve a person's performance and confidence in various situations.

So what else are we superstitious about? We asked our Facebook friends -- and, wow, did they have a lot to say. "Never step on books, it lessens your knowledge," said one person. "I'm a firm believer in the mystical powers of 'knock wood'," said another. What else do people believe? Here are just seven top superstitions that appear to persist today. Have we missed anything? Let us know in comments.

When doing a toast, make eye contact with the person you are clinking glasses with, and never cross arms.

And if you don't do this? You'll endure seven years of bad sex. "I'm not taking any chances, even if I have to walk clear around the table to clink someone's glass."

Close your eyes and hold your breath when you pass a cemetery. 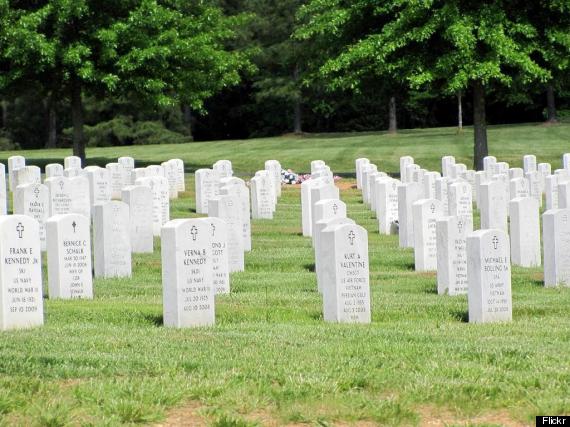 "I can only do this when I'm not driving and when the cemetery isn't too long."

Don't have baby furniture delivered until after your child is born.

"We purchased our baby furniture but didn't have it delivered until after our son was born and healthy and home. It's an old Jewish tradition. I don't know if I agree with it but I am superstitious, so I didn't want to rattle anyone!"

Always pick up a penny.

"Always throw loose change in the back of a newly purchased car for luck." "Always put at least a penny in a wallet if you give it as a gift so the person will always have money." "I'll pick up a heads-up penny as long as it's not lying in anything gross. I also sometimes flip over tails-up pennies and leave them behind."

Actually, this sort of makes sense. After all, who wants to poke someone in the eye? Yet some say this superstition might stem from a Christian belief in the Holy Trinity. Since a ladder leaning against a wall forms a triangle, you shouldn't want to break it. Or so the reasoning goes.

"Putting your new shoes on the table invites bad luck, just like you should never put a hat on the bed." The origins of this one aren't clear, but perhaps it had something to do with the idea that shoes are unhygienic and, therefore, shouldn't be put anywhere near where you eat. Some people also throw a shoe after a person when they leave home in order to give them good luck.

This may be one of the strangest superstitions of all. M&M's, made by Mars, have been around since 1941 and all sorts of rumors have since been associated with the various colors of the candy. Although some say green ones bring good luck, others say it's actually orange M&M's that are lucky. Green ones, a few insist, are actually an aphrodisiac. Yum!