In the wake of the National Speakers Association announcement at its annual convention a few days ago that it was renaming the organization "Platform," some of us, who are passionate fans of Michael Hyatt -- the New York Times bestselling author of Platform: Get Noticed in a Noisy World -- have become quite vocal about this poorly researched, dubious decision.

For my part, as I shared (maybe even ranted) earlier on my Sugar Shock Blog, I'm both appalled and saddened.

Although I greatly respect the National Speakers Association and its many remarkable members, I cannot fathom how a talented brand-name-search committee -- which allegedly spent "two years" on this -- could have been so in the dark about the amazing Michael Hyatt, who has branded "Platform" in a big way. 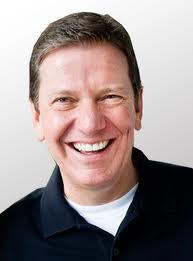 Not only has Michael penned his fabulous book Platform -- which is, incidentally, a must read for all speakers --- but he has created a wonderful Platform University and a fabulous Platform Conference.

Although I had initially planned to dedicate much of this holiday weekend to making major inroads on my next book, I felt it important to take time out to stress via comments in the private National Speakers Association Facebook group and in emails to NSA leadership that Michael Hyatt is the undisputed brand holder of "Platform."

A shocked Michael Hyatt also expressed his disappointment in a dignified manner on his Facebook page.

1. Oppose the the name change to the National Speakers Association leadership, whose CEO Stacy Tetschner is inviting your comments about this name change.

2. Urge the NSA to apologize to Michael Hyatt, who has done so much to help hundreds of thousands of speakers, authors, and bloggers worldwide.

3. Encourage the NSA leadership to do better Google searches and more substantive research before picking another brand name that also may already be taken.

4. Advise NSA leaders not to stomp on the toes of someone, who is, after all, one of their own! Indeed, Michael Hyatt is not only a New York Times bestselling author of Platform with a huge platform, but he's a sought-after, world-renowned speaker, who has not only spoken widely but has done so much to help speakers, authors, etc. get their messages out to a wider audience.

Now, let the fabulous Michael Hyatt teach you about building your own platform.

Again, please join me in urging the NSA leadership to reconsider this name change, because Michael Hyatt is already the preeminent holder of the brand, Platform.

Again, please urge the NSA leadership to reconsider this name change, because Michael Hyatt is already the preeminent holder of the brand, Platform.