Here's your candidate of the week: Jack Shepard. And I'm not talking about "Jack Shephard," the "candidate" selected by "Jacob" to protect "the light" on "Lost Island" from the "black smoke monster." No, no! I'm talking about fugitive-from-justice Jack Shepard, who will vie for the GOP nomination in Minnesota's 4th Congressional District.

Shepard has been making quixotic runs for office since 2002. He's attempted two bids for the Minnesota Senate, two bids in the 4th, and "briefly for president in 2008." Oh, the trouble he's seen! Kicked off the ballot in 2004 for being a fugitive felon (""Hennepin County authorities said they believe the candidate is a former Minneapolis dentist who had already been convicted of criminal sexual conduct and drug possession when he was accused of arson in 1982.'), he's bedeviled reporters and built terrible websites, all for the sake of getting repeatedly clobbered.

Now, he's cloistered in Italy -- where he's lammed it, because of the whole criminal record thing -- and running again against anointed GOP candidate Teresa Collett. Who he really doesn't like. Really, really does not like. 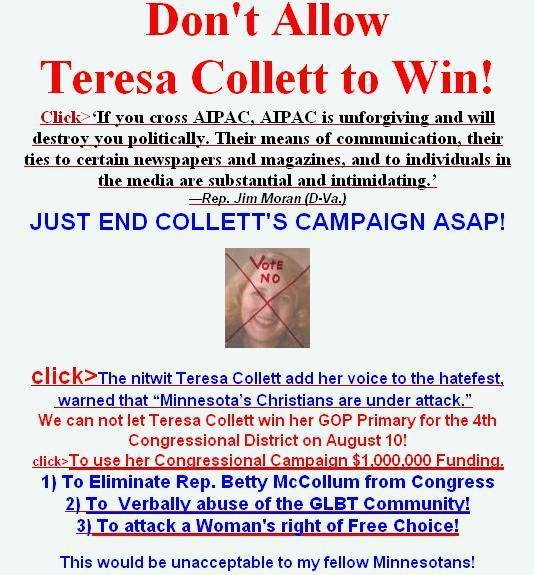 Oh, and this one time, when the St. Paul Pioneer Press attempted to contact him in Italy, he sent back this response: "Jack Shepard is his legal name, but not his real name," and "it is a felony to expose the identity of a clandestine CIA agent." O-kay!

America, in 2010, this is the only person you can vote for who, upon arriving for work on the first day of his term, will be immediately arrested, for arson. Can you afford to pass up this chance?