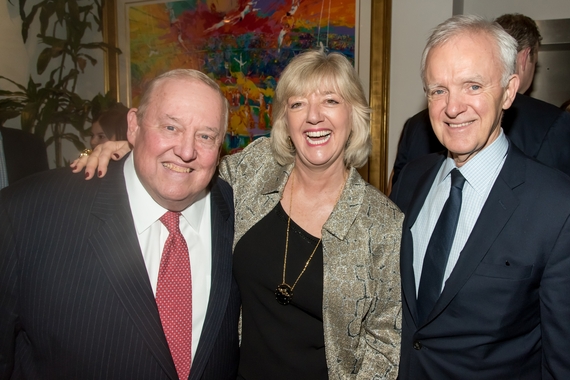 Ed and Cathy Kangas Were Joined by Senator Bob Kerrey to Raise Money for Equine Therapy for Veterans with PTSD.

Those who serve in our military deserve our support, particularly those who suffer from Post-Traumatic Stress Disorder (PTSD). According to a Rand Corp. study released in 2008, 20 percent of veterans of the wars in Iraq and Afghanistan suffer from PTSD, but 50 percent of them do not seek treatment because of the stigma associated with mental illnesses. They often self-medicate with drugs and alcohol. Families are destroyed and communities lose those who could have made valuable contributions. What is more tragic is through 2014 each day some 20 veterans committed suicide.

I believe each of us needs to step up and help our veterans. I recently joined with former U.S. Sen. Bob Kerrey for a program providing equine therapy to veterans with PTSD. Sen. Kerrey was awarded the Congressional Medal of Honor for his bravery during the Vietnam War when he lost his leg from the knee down. He went on to serve in the Senate and was the Governor of Nebraska. He knows firsthand the obstacles veterans face when they return home and how devastating a diagnosis of PTSD can be on a soldier and his or her family.

The US Department of Veterans Affairs reported that equine therapy is effective in treating combat veterans with PTSD and other mental illnesses. Winston Churchill said: "There is something about the outside of a horse that is good for the inside of a man."

My husband Ed and I support Squirrelwood, a 100-acre 501(c)(3) charity located in Montgomery, N.Y., about an hour from midtown. It is run by Beth and Diane, who live on the farm and have rescued horses, rehabilitated them and adopt most of them out to families giving them "forever homes." Recently a good friend of Beth and Diane, Christine, a clinical social worker, decided to start a program of equine therapy for her patients suffering PTSD as a result of their service in Afghanistan and Iraq.

She observed that horses that have been abandoned, sold for slaughter, mistreated or simply neglected had their own form of PTSD. She brought one of her PTSD veterans - a young man with a wife and son - to Squirrelwood. Christine and the soldier went to a field with three rescued horses. She told the soldier to pick out a horse that reminded him of himself; a horse that represented his post-deployment self.

Horses are highly reactive and mimic human emotions. The horse the soldier approached swung his head, pushed his hand off and walked away. The animal responded to the fear and anxiety the soldier projected. Christine asked the soldier how that made him feel. He responded: "This horse does what I do, he pushes people away and acts aloof, but actually he is insecure, frightened and wants to belong."

She told the solider to go back in the field and approach the horse with this better understanding of his raw vulnerability and emotions. The horse sensed that something had changed. He stood still and allowed the soldier to gently caress him. The two just stood there breathing life into their new bond. Working with the rescued horse was a major breakthrough for the young soldier. The soldier's wife cried and told Christine that she believed had the horse had saved her husband and her child's father. 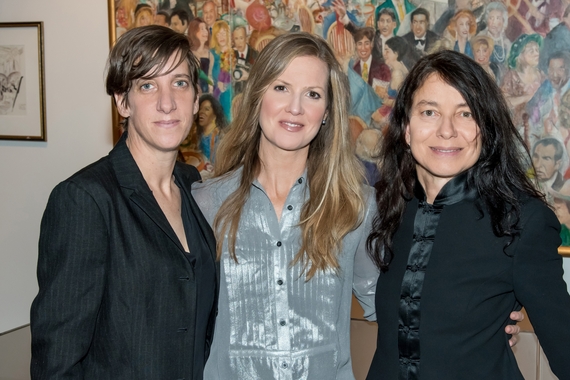 At the moment we are starting small so that Christine, Beth and Diane can continue their work "Helping Horses: Healing Heroes." We want to raise $300,000 for them. My husband and I are going to match the first $100,000 pledged.

At a small fundraiser in New York, Bob Kerrey talked about his experience being severely wounded and what it was like to go through both physical and mental rehab. He is passionate about helping veterans and believes in the tremendous contribution that a small organization like Squirrelwood can make to soldiers with PTSD. One of the soldiers that Christine helped at Squirrelwood also spoke about how a horse helped him ease back into society.

Please join us in supporting Squirrelwood. This is an opportunity to give back to our soldiers while at the same time providing shelter and food for horses that have been neglected. Please visit www.squirrelwood.org to find out how you can help.