The U.S. Supreme Court was illuminated with a stunning marriage equality message for a moment on the evening of March 26 after hearing arguments on Prop 8, California's voter-approved ban on same-sex marriage.

This photo, taken by Twitter users Rach and Jen (@rachnyctalk), shows the projected image on the building's exterior. 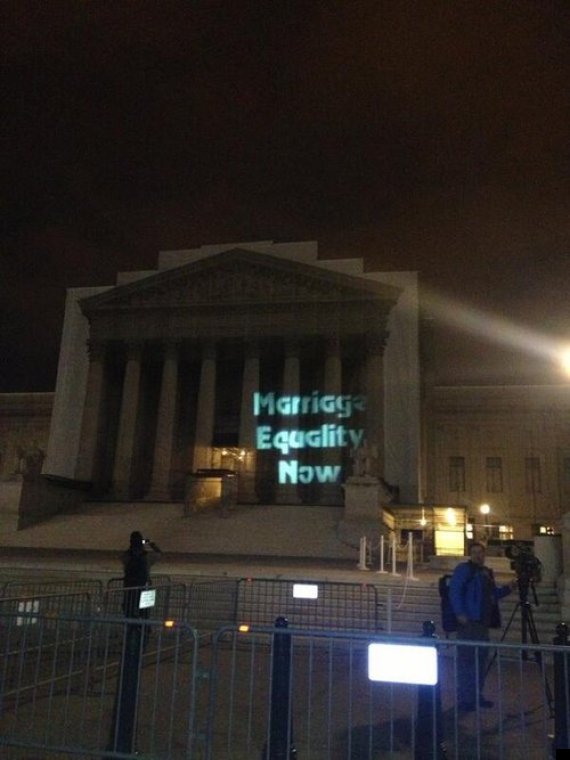 "Newsflash! This just happened at SCOTUS," the pair wrote. "Managed to capture pic before cops intervened!"

UPDATE: The Huffington Post has learned that the projection was created by GetEQUAL, in consultation with the Backbone Campaign.