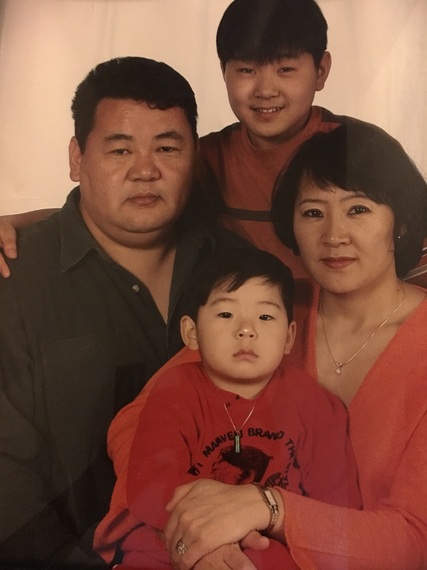 Imagine walking into the White House as a DACA recipient, whose parents are undocumented and would benefit from DAPA (Deferred Action for Parents of Americans and Lawful Permanent Residents), to share your personal testimony with the President of the United States.

Mr. President. No hardworking family deserves to live a life in fear of being separated by deportation. DACA (Deferred Action for Childhood Arrivals) has changed my life. I would like others, including my parents, to experience the same benefits of obtaining a work permit to secure a job to support their families, and continue to contribute to their adoptive country they call home.

This is exactly what Bati Tsogtsaikhan, a DACA recipient from Virginia shared with President Obama back in February 2015 when he, along with five other "DREAMers" were invited to the Oval Room to share what DACA meant to them and what the DAPA (Deferred Action for Parents of Americans and Lawful Permanent Residents) and expanded DACA (DACA+) programs could do for millions of American families.

For Bati, who came to the U.S. with his parents from Mongolia at the age of 10, DACA has meant having the ability to work legally, drive, and access more affordable tuition. After graduating from George Mason University, he was selected for a job at Cityworth where he has begun his journey to contributing to the world of finance.

Now DAPA would open these doors to millions more of hardworking immigrants including Bati's parents. With a social security card and work permit, his parents would be better equipped to support his brother who is a U.S. citizen. Life would improve for his entire family because they could stay together in the U.S. legally.

Looking back at the success of DACA, we can only imagine what level of enthusiasm DAPA and DACA+ will bring to millions of families and not only from the Latino community.

In the four years following the implementation of the current DACA program, NAKASEC (National Korean American Service and Education Consortium) and its affiliates, KRC (Korean Resource Center) and KRCC (Korean American Resource and Cultural Center), provided information about initial DACA and DACA renewals to over 13,000 community members and processed nearly 2,000 DACA applications for community members, most of whom were Korean American. KRC received over 10,000 calls within a two month period after DACA was first announced in 2012.

Bati helped educate the Asian American community in Virginia about DACA, DACA+, and DAPA during his fellowship at NAKASEC and remains an active leader for aspiring younger DACA recipients and youth with family members eligible for DAPA to share their stories.

Imagine telling your parents that they can apply for a program that will grant them and 400,000 families of Asian descent temporary relief from deportation. That this program will improve the lives of over five million families.

Imagine walking up to your member of Congress and rejoicing over the passage of a fair and humane immigration reform.

America. Until then, we ask you to remember who made this nation what it is today, a nation of diverse faces, talents, and contributions. A nation of immigrants. A nation that puts the institution of family first. No hardworking family should live in fear being separated from their loved ones.

President Obama's immigration executive action is on sound legal ground and would improve the lives of American children and families. Unfreezing DAPA and DACA+ will only strengthen our communities, our country, and our core values.