If the Supreme Court legalizes same-sex marriage this month, it will be largely because of a group of gay Americans who were courageous enough to subject their families to public scrutiny in order to become the faces of a movement.

The Supreme Court will soon issue its decision in Obergefell v. Hodges, named for Ohio resident Jim Obergefell, who wants to be listed as the surviving spouse on his husband's death certificate. Obergefell married his partner of 20 years, John Arthur, aboard a medical jet in 2013, while Arthur was suffering from ALS. Arthur passed away in October of that year, three months after the couple filed their lawsuit.

"The decision to file suit -- I know from John's perspective -- it was a way for him to say, 'Thank you, Jim. You've given me 20 years. The past couple of years have been pretty awful with ALS, and this is something I can do to thank you, to protect you and to just let you know once again, how much I love you.' And I can think of no better reason to be going to the Supreme Court than to remember that and honor that," Obergefell said recently, during a moving speech at the Human Rights Campaign's headquarters.

Obergefell is joined by several dozen other gay plaintiffs from a number of states who are fighting both to be able to marry the person they love and to have their marriage recognized in every state in the country.

Obergefell v. Hodges is actually a consolidation of cases in Kentucky, Michigan, Ohio and Tennessee. (Because Obergefell's lawsuit had the lowest case number, the cases are grouped under that name, per the court's tradition.)

Most of these plaintiffs had no idea their cases would end up before the Supreme Court. After all, they started off small.

For Greg Bourke and Michael DeLeon, it began at Fauver Law Office, a small firm that operates out of a house in Louisville, Kentucky. In July 2013, the couple filed a lawsuit with the U.S. District Court for the Western District of Kentucky to have their marriage recognized by the Commonwealth of Kentucky. Bourke and DeLeon wed in Canada in 2004, but have not been able to receive the same benefits that heterosexual married couples get in their state.

Four couples eventually joined that case, Bourke v. Beshear. That case was eventually consolidated into the Supreme Court suit, as was Love v. Beshear, a separate case in which two same-sex couples sued for the right to marry in Kentucky.

Shannon Fauver and Dawn Elliott, the two attorneys who originally handled Bourke and DeLeon's case, said it was tough to find plaintiffs who were ready to face all the publicity that comes with such a prominent role. They said many were concerned about how the proceedings would affect their children and family members.

Still, she added, "We didn't think it would be as massive as it is."

Watch an interview with Fauver, Elliott and Laura Landenwich, another attorney working on the Kentucky cases, above.

As the cases became increasingly high-profile, more groups signed on to help win the right to marriage equality. In Kentucky, for example, the plaintiffs are now being represented not only by Fauver, but also by the Louisville firm of Clay Daniel Walton and Adams PLC, the American Civil Liberties Union and the Stanford Law School Supreme Court Litigation Clinic.

"The stories of these families, and others all across America, are the reason public opinion is changing so rapidly on marriage," said James Esseks, director of the ACLU's Lesbian, Gay, Bisexual, Transgender and HIV Project. "These are just regular parents who want the best for their kids. Marriage will help both them and their children."

Michigan's contribution to the Obergefell suit revolves around just one couple, April DeBoer and Jayne Rowse. Their 2012 lawsuit originally made no mention of gay marriage, and was instead aimed at changing state law so they could both be recognized as legal parents to their four adopted children. The couple only switched course after a federal judge invited them to expand their challenge to target the state constitution's ban on same-sex marriage.

DeBoer and Rowse were initially hesitant to take on the stress and public scrutiny they knew would come with a bigger case. But they ultimately decided the fight was worth it if it would make their family safer.

"When parents get angry about their children not being treated equally, that’s where you're going to get somebody to react, and that’s when we reacted," DeBoer said.

"If we win," she added, "not only will we be recognized as a full family, but Jayne and my relationship will finally be recognized legally as well."

Dana Nessel, an attorney for the couple, said the judge's recommendation was just one of a series of surprises. For a small legal team with little funding, she said, the last three years have been tough, though ultimately rewarding.

"No one thinks of history-making cases as happening totally by accident," Nessel said.

The Michigan case is unique both in the way it originated and because it was sent to a full trial, according to Jay Kaplan, staff attorney for the LGBT project at the Michigan chapter of the ACLU. He said that holding a trial gave Rowse and DeBoer's attorneys the opportunity to present expert testimony and cross-examine the defendants' witnesses.

"It was clear that the state's arguments that were made to support denying same-sex couples the right to marry were not credible," Kaplan said. "I think that makes it a very strong case to be heard by the Supreme Court."

Former Assistant to the U.S. Solicitor General Douglas Hallward-Driemeier and Mary Bonauto, an attorney with the Gay and Lesbian Advocates and Defenders and a pioneer in the gay rights movement, will be arguing the consolidated case before the Supreme Court. A decision is expected in June.

"This is the right time [for marriage equality] -- politically, socially, legally," said Laura Landenwich, an attorney with Clay Daniel Walton and Adams PLC, during a recent interview at the firm's office. "Everything is in place for them to rule in our favor. And I will make the prediction that if we lose, that opinion will get reversed later on. It will be viewed at some point as a mistake."

The Huffington Post interviewed three couples who are plaintiffs in the upcoming Supreme Court case about why they decided to take on this legal battle and what achieving marriage equality would mean for their families. Read their stories below. 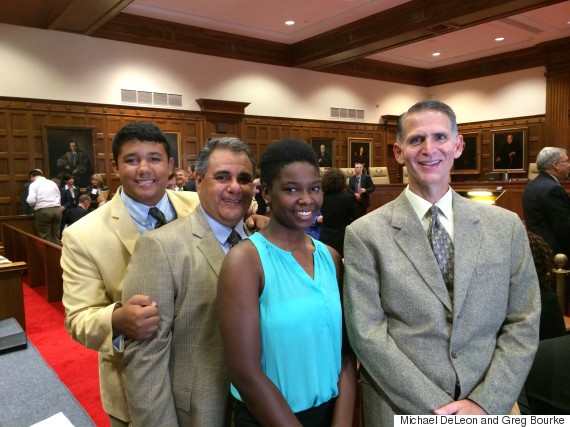 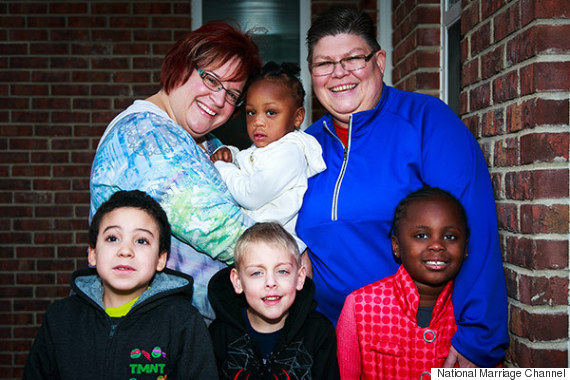 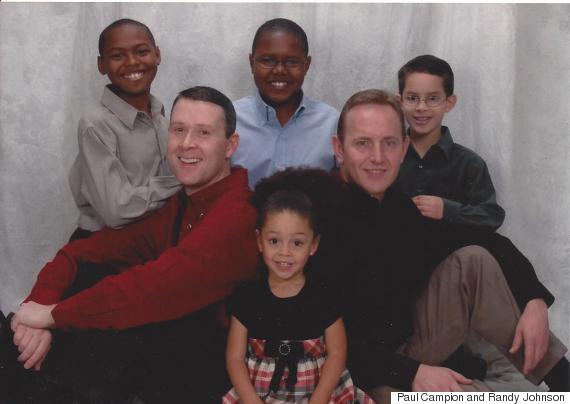 This piece was originally published on April 20, 2015. Information about the pending Supreme Court decision in Obergefell v. Hodges has been updated.