As we watch the coal industry and state allies pull out all the stops to block progress and delay the landmark Clean Power Plan in the Supreme Court as early as this week, it is worth noting that the Supreme Court very sanely rejected another such effort last week. In a low-profile but high-impact decision to advance clean energy progress, the Court preserved a central role for a critically important clean energy resource -- demand response -- in meeting our power needs. Demand response saves Americans billions of dollars each year, eases the burden on the power grid, and helps to bring more clean energy online. 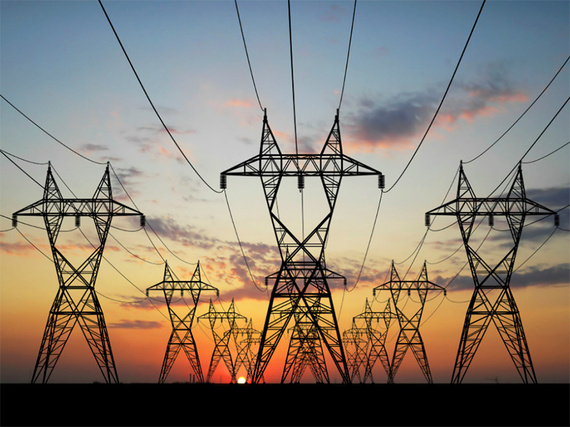 The case was Federal Energy Regulatory Committee (FERC) v. Electric Power Supply Association (EPSA), and at stake was the future of demand response in our wholesale electric power markets. As the Court nicely summarized, demand response is the practice of meeting power demand by paying electricity "users to dial down their consumption" rather than "paying power plants to ramp up their production."

For example, on a hot day in August when air conditioners are driving up demand for electricity, big industrial users like big box stores can volunteer to use less electricity and receive a payment for that service. Relying on smaller units of electricity like "negawatts" instead of "megawatts," we can keep electricity prices down, prevent brown-outs and black-outs, and avoid building new power plants to meet the "peak" level of demand that occurs only a few hours a year.

There's nothing not to like about demand response, unless you want to keep the country wedded to coal and gas power. From the vantage point of companies running power plants, the growing demand response industry has become too successful. With innovations like smart meters and other smart home technologies that can cycle air conditioners and water heaters on and off automatically, demand response is only becoming less expensive and more abundant.

Over the past several years, its share of the power market grew exponentially, as coal's share shrunk. , Coal power is becoming more expensive because coal plants are finally being required to clean up their air and water pollution. It can't compete with demand response. As dirty old plants shutter, demand response is helping to fill the power gap and avoid a rush to build new gas plants that would lock us into fossil fuels for years to come.

While consumers and the climate are benefiting from this dynamic, some power companies are seeing their profits drop. In a bid to kick demand response out of the power markets, the industry trade association EPSA challenged a federal rule, "Order 745," that levels the playing field for demand response by requiring that demand response negawatts command the same price as megawatts generated by power plants. In 2013, a divided panel of the D.C. Circuit Court of Appeals ruled in EPSA's favor, finding that FERC exceeded its authority when it tried to regulate demand response and that its pricing scheme was unjustified. Earthjustice served as counsel for the Natural Resource Defense Council in seeking Supreme Court review of that decision and defending the rule in friend-of-the-court briefings.

In a 6-2 decision last week, authored by Justice Kagan, the Supreme Court resoundingly affirmed FERC's authority to encourage the participation of demand response in our power markets and ensure that it is fairly valued. It is a consummately well-reasoned opinion that recognizes the role that expert government agencies need to play in delivering the essentials like affordable, clean power.

That fact that Justice Kagan's opinion was joined by all of the sitting Justices other than Justices Scalia and Thomas (Justice Alito was recused) is a cause for cautious hope for the outcome of crucial energy decisions to come. When EPSA's lawyers took up the mantle of state rights (even in the absence of any complaining state) and tried to frame Order 745 as an unlawful "power grab" by the FERC, the majority declined the political invitation to block progressive regulation as an overreach by the executive branch.

At this dynamic moment, when our future depends on accelerating a shift away from coal to clean energy, it is essential that the Supreme Court continue to side in favor of energy progress. Most imminently, that means rejecting an extraordinary and wholly unjustified request to put the brakes on the Clean Power Plan.