The women of the Supreme Court are the subjects of a new painting unveiled at the Smithsonian's National Portrait Gallery in Washington, D.C. on Monday.

The portrait features the high court's current female justices, Sonia Sotomayor, Ruth Bader Ginsburg and Elena Kagan, as well as Sandra Day O'Connor, who retired from the bench in 2005. O'Connor made history in 1981 when she became the first woman ever named to the Supreme Court. 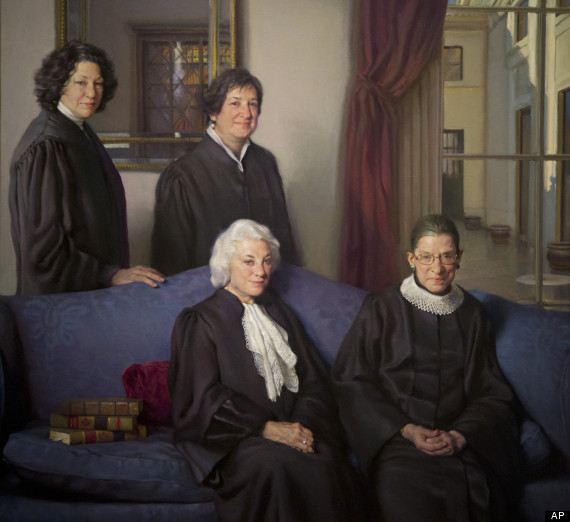 “The scale of this painting speaks to the grand accomplishments made by these four women and the example they set for future generations,” museum director Kim Sajet said of the portrait. “I imagine this portrait will spark a conversation among young people, particularly young women, about breaking barriers.”