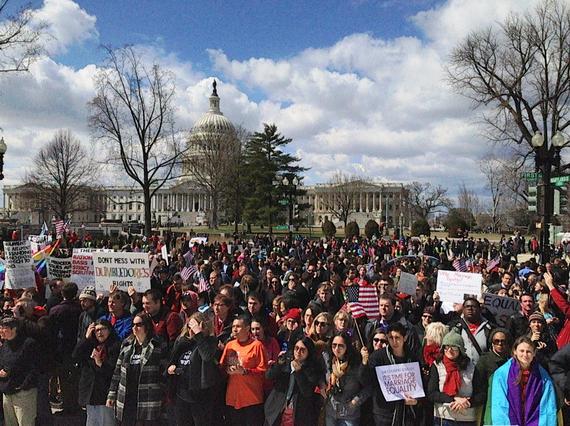 The Supreme Court will decide shortly whether to review and decide a marriage equality case before its current term ends in June. Many are praying for this, eager to wrap up an issue long past the tipping point that folks are sick of discussing.

But there is a more important reason the Court should act now: to halt the severe harm that continuing denial of the freedom to marry inflicts every day on countless same-sex couples, their children, and their extended families and friends. It matters whether this harm ends in June 2015 or lingers into the future.

The long-building national consensus for marriage equality reached critical mass after the Supreme Court's 2013 Windsor decision held it unconstitutional for the federal government to refuse to recognize the lawful marriages of same-sex couples. A flood of state and federal court decisions over the last eighteen months has applied Windsor to invalidate the marriage bans of the majority of states.

The first batch of these cases reached the Supreme Court in September, in the form of requests for review by states whose laws had been struck down. But because all the decisions went in one direction, there was no legal conflict for the Court to resolve -- the usual basis for granting "cert."

The Court's denial of review delayed the nationwide elimination of discrimination and its harms -- but it also made all those favorable decisions final, allowing marriages to go forward in five more states (up from 19) and setting off a ripple effect that has now brought the freedom to marry to thirty-five states (with Florida coming on line in a few days as number 36), plus four with pro-equality rulings on appeal. In comparison, only thirty-four states permitted interracial couples to marry when Loving v. Virginia was decided in 1967.

More recently, a handful of courts have gone the other way -- most significantly, the Sixth Circuit Court of Appeals, which in one fell swoop in November reversed pro-equality rulings in Kentucky, Michigan, Ohio, and Tennessee. Marriage rights advocates are now asking the Supreme Court to review this decision and one issued by a federal district judge in Louisiana upholding that state's marriage ban. Their chances are good, because the Sixth Circuit created a classic "circuit split," though it is still possible the Court will opt to let litigation play out first in the remaining states.

Denial of review now would have no silver lining. It would simply entrench discrimination in five states, perpetuating needless injury to thousands of families. That's why several organizations advocating for the rights of same-sex couples and their families (including Freedom to Marry, Family Equality Council, and PFLAG) filed a brief (prepared by my law firm) urging the Supreme Court to grant review and halt the ongoing harms of marriage discrimination.

In the 15 states without the freedom to marry, families suffer concrete harm every day, deprived of literally hundreds of government benefits and protections as well as private benefits awarded based on marital status. 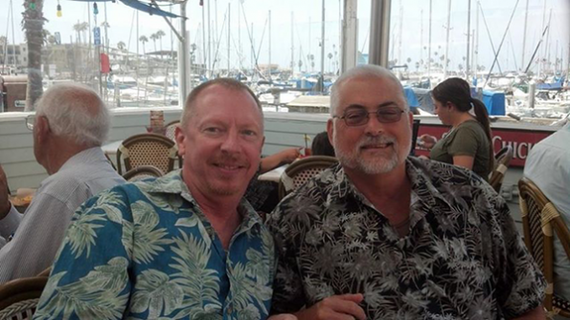 Steven Rains and Don Condit courtesy of Freedom to Marry

For example, Steven Rains and Don Condit of Fort Worth, Texas, together for 31 years, married in California in 2008 but were treated as unmarried back home in Texas. When Don died unexpectedly, Steven was omitted from his death certificate, excluded from making decisions about his cremation, and is now deprived of surviving spouse benefits based on Dan's military service and private pensions.

Another couple, April DeBoer and Jayne Rowse of Hazel Park, Michigan, have been together more than eight years and are raising three adopted special needs children. Because Michigan bars same-sex couples from marrying and all unmarried couples from adopting together, Jayne adopted two of the children herself and April adopted the third -- but neither is recognized as a parent of the other's children. This deprives all three children of the protections and stability of having two legal parents.

Exclusion from marriage also inflicts severe dignitary injury -- the impact of being treated as second-class citizens with second class relationships. These injuries can be quite tangible, particularly the psychological harm to children of being told by society that their families are less real and worthy of respect than those of different-sex parents. In Windsor, the Supreme Court recognized that failing to respect existing marriages "demeans" couples and "humiliates" their kids. Total exclusion from marriage is at least as demeaning and humiliating.

Even couples deemed married in their home states are harmed by continuing marriage discrimination in other states. Every time they travel to a non-recognition state they risk being treated as unmarried in the event of a medical or other emergency. They need to obtain second parent adoptions or create living wills and powers of attorney to try to replicate the rights they would have automatically if their marriages were respected. Couples who fail to anticipate these problems may face grievous results, such as exclusion from the hospital bedside of a dying spouse.

These harms happen every day and may be catastrophic -- robbing a surviving spouse of a lifetime of earned retirement benefits or leaving a child parentless when the biological or adoptive parent dies and the state does not recognize the surviving partner as a parent.

There is simply no good reason to inflict these risks and harms on American families for another day, much less another year. The country is ready for full recognition of the freedom to marry. Let's hope the Supreme Court is as well.