Suraya Popal is a senior researcher and President of the Academy of Sciences of Afghanistan. 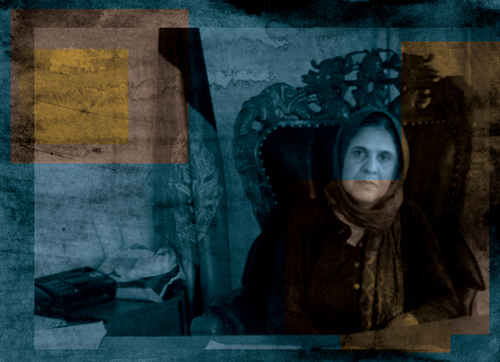 Can you share with us an example of a rights violation you have experienced in Afghanistan?

One day in early spring, I was waiting for a bus or taxi to take me to work when I heard someone shouting for help. I turned around to see what was happening, and saw an old woman trying to free herself from an armed man who was attacking her. I approached them and asked her attacker what he was doing. He told me that the woman was from the Kolali people of Dehmazang and that she was a spy. It took a lot of begging from me, and appealing to the man's sense of respect for his mothers and sisters, before he finally agreed to let that woman go.

What are the important achievements since the time of the Taliban in Afghanistan?

The renewed presence of women in society; the opening of schools and universities to all children of this land, especially girls and women; the participation of women in political, social, cultural and economic activities; and the freedom of the press.

The underground mines that have been discovered in Afghanistan bring hope to all Afghans for a prosperous future. I hope that those mines will be operated effectively in accordance with international law in order to guarantee the economic future of the people of Afghanistan.

I am worried that the international community might repeat the mistake it made when it left Afghanistan alone in 1993.

The absence of security, peace and stability; administrative corruption; the continued inequality of women, particularly in relation to their relatively weak participation in developing our homeland when compared to their brothers.

Would today's Afghanistan allow schools to once again be closed to girls and women to be excluded from social participation?

No! Time does not move backwards. Women have displayed such brilliance in the political, social, cultural, and economic scenes that there is little likelihood of a return to the past. The people of Afghanistan, men and women alike, believe that education is necessary for them to be able to contribute to progress in their country and play a worthy role in its development. Furthermore, women of Afghanistan are capable of defending their rights on the basis of Islamic principles -- principles that have tasked women and men with the responsibility to gain knowledge. They have proved that they can defend their religious, cultural, and historical values. Not only is it impossible to close the schools in view of these societal developments - even the politicians in opposition to the government of Afghanistan do not subscribe to such an idea!

Can you tell us about any specific memories where the human rights of a female family member or friend were violated?

On a cold winter day, a friend came to our home. Even now, when I think about this, I am filled with such regret: I wished this had never happened and that I never knew about such a heart-breaking incident. My friend was crying; he said that people had broken into his house and stolen the car. I didn't really understand his response. I was surprised to see him shedding tears over the loss of a car. At that time, the circumstances in general were so difficult that everybody was prepared to sacrifice their property in order to save their life. A few days later, we found out that they stole his sister, not his car.

What are the factors deterring women's participation in social, economic, political and cultural spheres?

The absence of security, the prevalence of illiteracy, and the lack of belief in women's capabilities, all of which lead them to be deprived of opportunities.

Security, peace and stability, and the rule of law.

The family and in particular fathers; educational centers, such as schools and universities; religious leaders; the government and the law.

I beg all Afghan men to support their daughters, wives and sisters and assist them to fulfill their religious and historical responsibility, in particular in the field of education. Let girls gain knowledge, and stand on their own two feet to serve their country and bring honor for themselves, their families and homeland.