More than 60 dogs showed up for the fifth annual Loews Coronado Bay Resort Surf Dog competition in Imperial Beach, CA this week to compete for an adorable, if odd, honor. The pups got 10 minutes to prove their physical prowess to the judges who are looking for confidence and length of ride.

A dog owner spoke to Reuters about his pup Buddy saying, "He's really passionate about it. He sees this as a game and he wants to play. I'm sure he's ridden more waves than any other dogs...My job is to get him into the critical part of the wave." 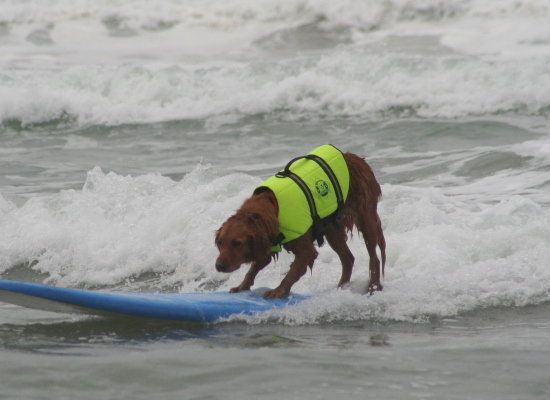