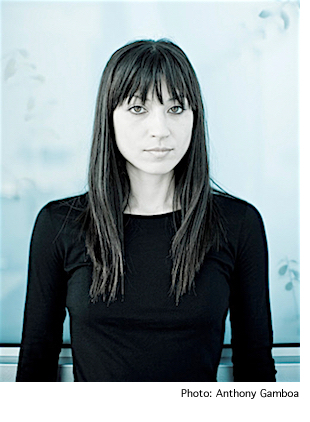 Miya Ando is an internationally respected and honored artist who works primarily with light and metal surfaces, notably aluminum, on which she applies pigments and urethanes, creating evocative naturalistic imagery which also retains a powerful sense of abstraction. Her ability to produce remarkably "real" clouds and rain in glass blocks is nothing short of magical and otherworldly. This is technique raised to a level of the mysterious.

Miya's treatment of surface requires an extraordinary level of ability, knowledge and skill, and her technique combines subtlety and understatement with a planetary scope of view. She captures oceans, skies, air, clouds, permanence and impermanence, time and timelessness, with an apparent ease (this is only the appearance of ease, what Miya accomplishes is very difficult to achieve) that is captivating. Her work produces an immediate emotional response which wells up, sometimes quite unexpectedly, into a feeling of universality and enormity.

As can be seen from Miya's answers to this writer's questions, as well as in the video interview, below, she is extremely articulate and humble about her abilities, constantly seeking renewed expression, and "non-attachment" - a comment which provides insight into how deeply felt her work is, for she removes herself from it, permitting her work to assume its own presence and sense of being.

What are your thoughts and feelings about sharing your artworks ?

I think of artwork as part of a dialogue or conversation as opposed to a soliloquy. The artist makes a work and the viewer responds. I very much like to think of the making of art as participating in this form of communication, one that occurs whether I myself am physically present or not. I like the idea of a silent/non-verbal communication. 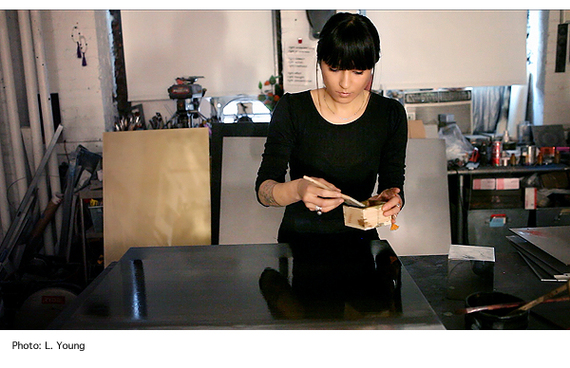 Do you ever feel vulnerable presenting your evocative artworks to gallery patrons ?

Yes I think it is natural to feel a vulnerability any time one has given one's very best effort.
I practice a non-attachment both in the making of and exhibiting of the works because ultimately I can only make that which I'm making. 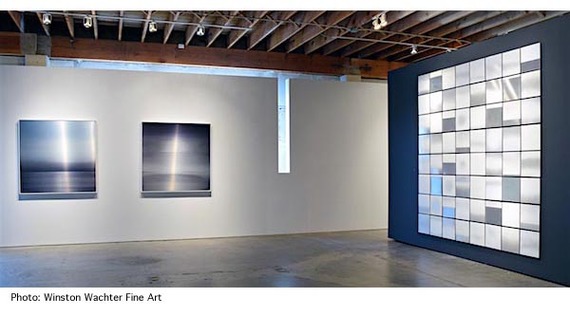 Do you have thoughts to share about the differences between gallery patrons and museum visitors as viewers of your artworks ?

A non-commercial context may impact the work, it also may not. Each viewer I believe has a unique experience. The new works speak to this as the focus is on the experiential quality of the paintings and sculpture. 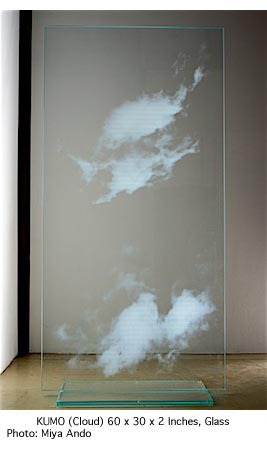 Do you believe that art is universally understandable ?

There may be artworks which evoke or conjure feelings, experiences and senses which are perceived by most, so yes. How they are perceived may vary greatly, however.

All art is rooted in the culture from which it arises, but does it therefore have limited appeal ?

I was raised in Japan and in California so I have a different perception of this question. Is my work therefore appealing to only half-Japanese and half-Russian American people who lived in a Buddhist temple in Japan and a redwood forest in Santa Cruz? I hope not.

Is an understanding of the cultural context of a work of art necessary for the viewer to fully appreciate the work ?

No. It is a different understanding that's all.

In today's commercial and artistic worlds, can an artist have great success, such as you have had and are having, acting only by themselves ?

Definitely not, I think most achievements are the sum of the efforts of many people collectively. 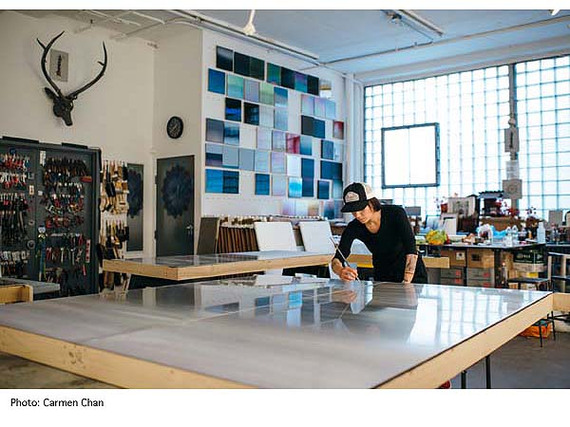 Do you determine everything about your works or do the works themselves sometimes suggest paths to follow ?

Each work comes out of the last. The artworks are in a progression of thought for me and have been since I began in 2002. A continuum of thought.

Exciting, vibrant, global with all the artfairs, interconnected and very interesting and dynamic. Manhattan where I am based is particularly so.

How important are social connections and personal relationships in developing a successful career as an artist ?

I think in life relationships are the key to happiness. In art it is no different, I feel grateful daily for having the presence of longtime dealers, collectors, friends and colleagues in my life.

It seems obvious that your family's legacy of sword making has influenced your art, but to what degree and in what ways ?

Mostly as a way to investigate the idea of identity, perception and time.

Do you consider yourself fluent in multiple mediums ?

I consider myself a person who respects and studies very carefully multiple mediums.

Is self-reflection difficult for an artist ?

It shouldn't be. Introspection and focus are imperative and should be cultivated.

Where would you want your career to be in 10 years ?

I hope to continue my practice and continue making things which interest me.

Miya Ando can be reached via her website at http://www.miyaando.com 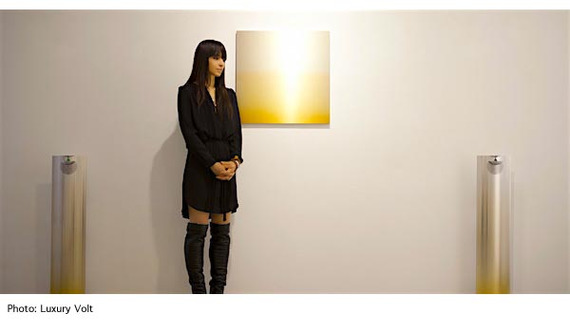