What does the surface of the Sun look like?

An image taken by the Swedish Solar Telescope in September 2007 provides one of the more detailed and revealing portraits of the solar system's central star.

The red granules (reminiscent of pomegranate seeds to some) are "hot, rising columns of plasma edged by dark lanes of cooler, descending plasma," APOD explains. The white dots are locales that have concentrated magnetic fields, which appear so bright because of strong magnetic pressure that "opens a window to hotter deeper layers below the photosphere," says APOD.

See the image of the surface of the Sun below, then see more incredible space pictures, including including gorgeous photos of Mars, NASA's most striking photos of stars, pictures of Earth tweeted from space by astronauts in orbit, and images from NASA's star-mapping spacecraft.

For a sense of scale, note that the white line in the bottom left h hand corner of the image represents 5000 kilometers. 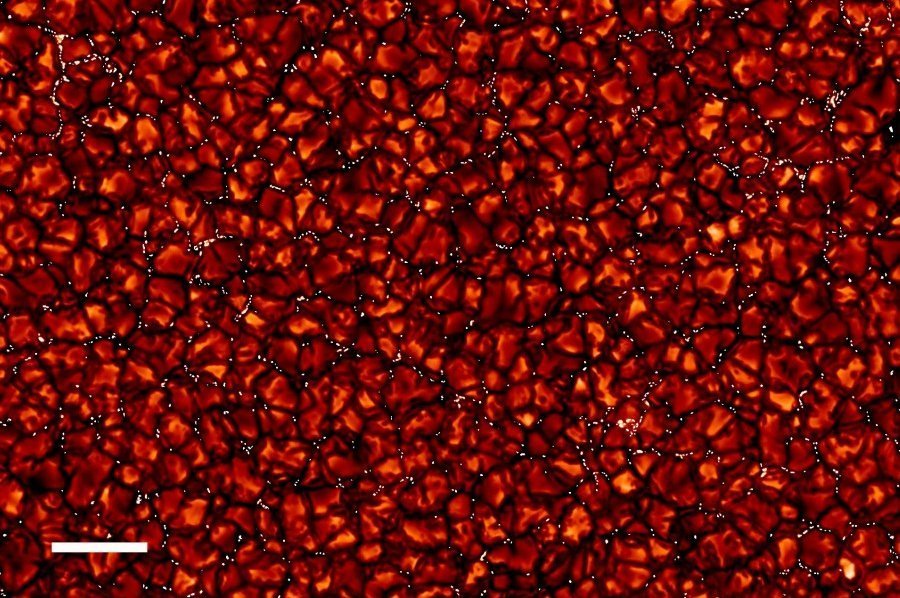