A pro surfer who was attacked by sharks Sunday could offer nothing but thanks for those present.

Australian Mick Fanning, the pro who fought off the sharks on live TV during a competition in South Africa, posted a moving Instagram photo of himself and opponent Julian Wilson, who was in the water as well, hugging after Fanning's escape. Fanning thanked Wilson for coming to his aid "like a warrior." He also thanked the announcers and water patrol for their quick reactions.

Fanning helped his situation by punching one of the sharks, which barely missed his leg and sliced the surfboard leash into pieces, according to reports. World Surf League officials canceled the J-Bay Open after the incident.

So thankful to be able to have this hug with @julian_wilson this man came to my aid like a warrior!! It was by far the scariest thing I have ever been through and am still rattled. In our sport we always think about sharks and know we are in their domain. Many thanks to all the people that have reached out and sent their wishes. Jbay is an incredible place and I will go back one day. Thanks to the @wsl announcers and water patrol for being on top of us and the care they showed us and to all my friends on tour that were by my side. Love you all.

Here's footage of the attack and the aftermath:

PHOTO GALLERY
Amazing Places You Can Swim With Sharks
Download
Calling all HuffPost superfans!
Sign up for membership to become a founding member and help shape HuffPost's next chapter
Join HuffPost 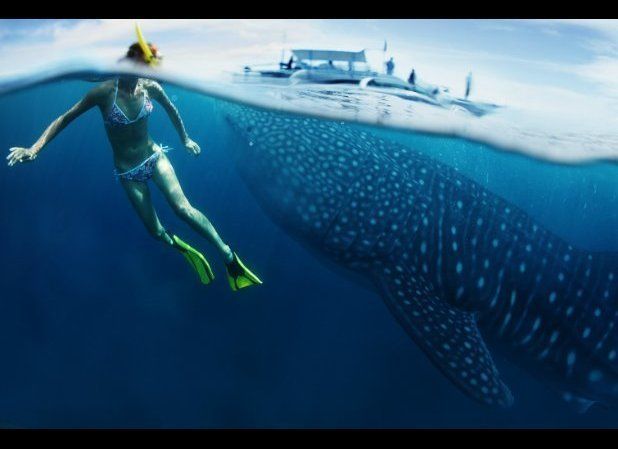