Surfrider Foundation Europe has a simple message about consumer culture: "You buy, the sea pays."

That's the motto behind a new ad campaign to combat the 5.25 trillion plastic particles currently polluting the oceans.

According to Surfrider's press release, everyday human actions are to blame. It's the cotton swabs being flushed down the toilet, the microbeads that wash down the drain from cosmetics or cleansers, the plastic packing wrapped around loaves of bread, and it's definitely the plastic bag used to carry all of those plastic products out of the store.

Surfrider wants the public to know who's paying the price for irresponsible consumer consumption with a series of powerful photos: 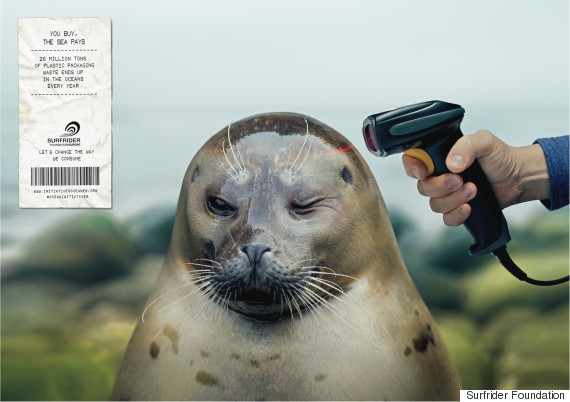 In honor of the 20th anniversary of Surfrider Foundation Europe's annual Ocean Initiatives program, the nonprofit teamed up with French ad agency Young & Rubicam to create the posters that feature a very simple plea:

"26 million tons of plastic packaging waste ends up in the oceans every year. Let’s change the way we consume."

According to a report by the United Nations Environment Programme, countless marine animals are killed or harmed by plastic pollution when they become entangled in it or ingest it. The Center for Biological Diversity reports that, every year, fish in the North Pacific ingest 12,000 to 24,000 tons of plastic, while hundreds of thousands of seabirds ingest plastic and ultimately starve.

"Ocean pollution begins with the purchase of the object which will eventually be discarded as waste," a press release for Ocean Initiatives 20th anniversary reads. People can help improve the ocean's health by "adopting a few eco-friendly behaviors: by reducing their consumption of plastic products; by reusing them; by recycling their waste; and by refusing to accept the omnipresence of plastic."

Below, view the rest of the Ocean Initiative's eye-opening campaign, and learn how you can change your consumption habits. 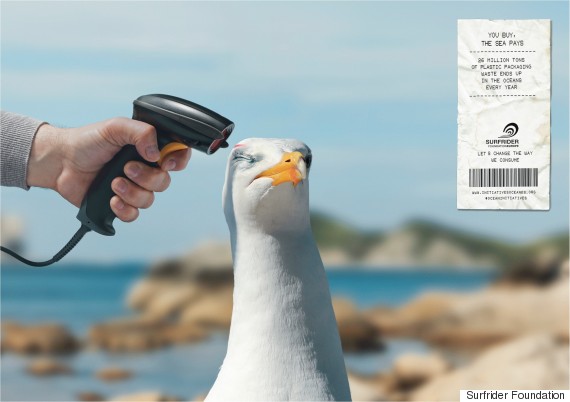 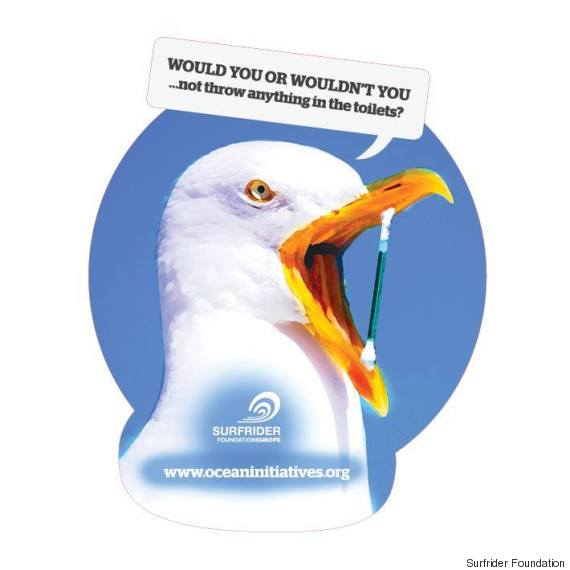 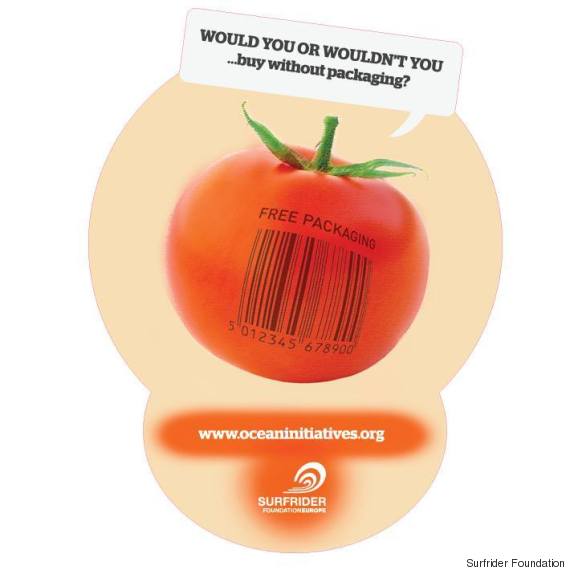 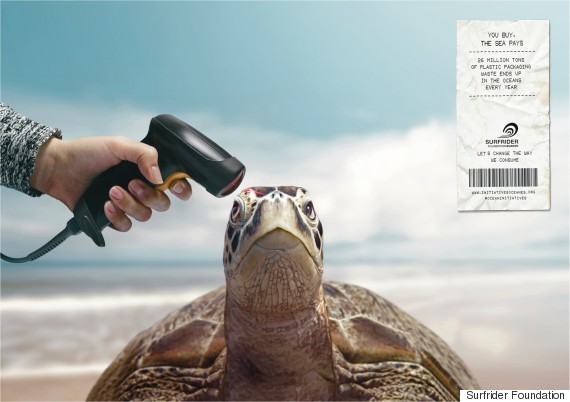 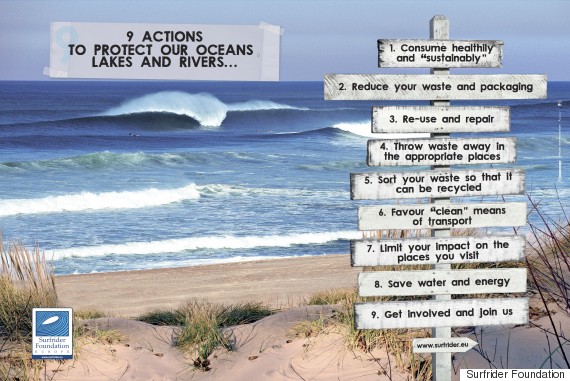