According to the Daily Mail, who heard it from Britain's highly-regarded Star magazine, the five-year-old daughter of Katie Holmes and Tom Cruise owns $150,000 worth of shoes.

A source told the tabloid that Suri is "a massive fan of Marc Jacobs and she's had several shoes custom-made, so if they didn't come with a heel, Katie had them redesigned for Suri. She commissioned a pair of Louboutins for her a while back!"

And it seems that Suri is totally going to grow up to be one of those women who insists that seven-inch-tall stilettos are super-comfortable and that she just really can't even walk in flats.

The source divulged, "The older she gets, the less she wants to wear anything but little heels. Even when she's going to play dates or walking on the beach, she cries if Katie reaches for anything but a little pair of sandals with some sort of heel."

Full disclosure: we have our doubts as to whether all of the above is true. But we truly enjoy imagining it might be.

Read the rest at the DailyMail.co.uk. 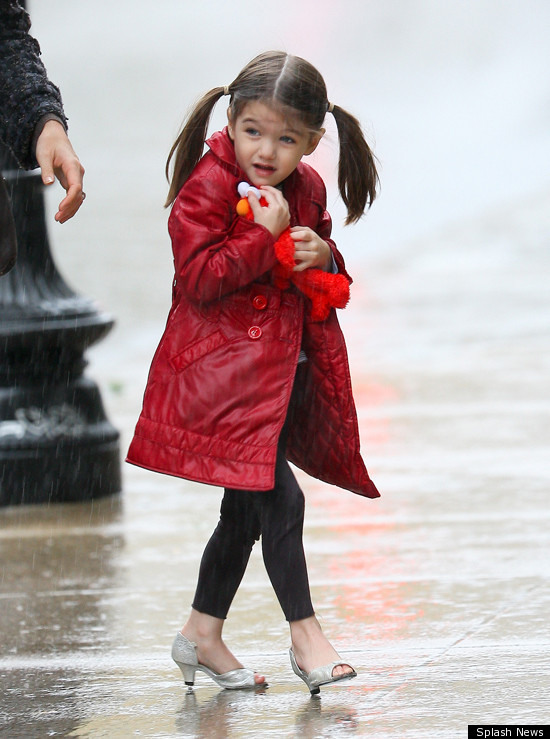