In the summer of 2007, the investor Bill Browder (of the $4 billion Hermitage Fund) spotted a small news item in his morning paper. For the first time an American auction of debt from leveraged buyout deals failed to draw enough bidders and had to be shut down. Browder recognized this seemingly insignificant event for what it was: the world had run out of its ability to absorb new debt. "This is it," he told Joshua Cooper Ramo via telephone. "This is the end. Now it will all start to unravel."

Joshua Cooper Ramo is a former foreign editor of Time magazine. Today as managing director of Kissinger Associates he splits his time between New York and Beijing, where he observed first hand how quickly the Chinese responded to early signs of the global banking crisis. Yesterday I spoke with Ramo about the possibility China might actually benefit from the world-wide financial meltdown.

You've said the global financial crisis could turn China into a superpower. How likely is that?

Joshua Cooper Ramo: If you had said a year ago that the Chinese banking system was more resilient than the American system, you would have been laughed out of the room. But the fact is, the Chinese banking system has been through so much stress during the last few decades, they are in a much better position than the U.S. to deal with the global financial crisis. The Chinese have been actively building systems that are capable of surviving all kinds of shocks, and they are more suspicious of markets than we are -- they see everything as having the potential for collapse. As a result, China has developed a more resilient command-and-control economy.

Some experts say there is a fundamental difference in the way people think depending on where they were raised, China or America. Do you think the Chinese are better able to see the big picture?

It's not so much that they see it better, just that they see it differently and take in a wider range of influence and possibility. At the University of Michigan, experimental psychologist Richard Nisbett recruited students to look at a series of pictures with complex backgrounds -- for example, a tiger in the woods. While the American students focused on the foreground object -- the tiger -- the Chinese students looked first at the background, probing the woods with their eyes. It would be too simplistic to say that the U.S. students stared at the tiger exclusively, but it is true that when Nisbett tested to see what they recalled, this was more or less the pattern that emerged. The Chinese students, on the other hand, found the environment much more powerful than any single object or individual. Context was everything.

Is the inability to understand context a growing problem for Americans?

Yes, I think it is. We often miss the fact that the problems or dangers we face are parts of a complete system and not just isolated blips of risk. For example, we thought we could contain the subprime crisis before we noticed our entire financial system was in trouble. We focused on removing Saddam before we understood all the forces swirling around him. Americans have a view of the world that is rooted in one of the most ancient concepts of Western thought: we believe that to understand something complex you must break it into smaller pieces. But this approach may no longer be suitable to today's world.

So China is better prepared for the unthinkable?

Aren't the Chinese facing urbanization problems that are unprecedented in scale and complexity?

There is no parallel in the West. The situation in China today is unique, so the Chinese will have to come up with a solution for themselves. So far the government is relatively happy with the pace of economic development, especially over the past decade. Their fiscal stimulus policies appear to be taking hold. Things are going better than anyone anticipated.

But aren't most of their manufactured products copied from the West?

The Chinese are moving rapidly to transcend copying. Many of the most interesting things being developed in China today you won't see anywhere else in the world -- the way their elevators operate, the kinds of advertising you see in their large cities, the unique internet communities they have.

China now has an underground base in the South China Sea that can launch nuclear submarines without being observed from the sky. Does the U.S. fail to appreciate just how quickly new technology is answered by newer technology?

It's less about tactical innovations like particular submarine bases and more about understanding the Chinese philosophy of war and conflict. The Chinese approach to warfare is very different from ours. Partly this is because they're a developing county and don't have the military strength that we do. But it is also a reflection of a different set of ideas about being indirect in confrontation. For example, rather than building 500 fighter planes to intercept every American fighter plane, they would try to take out our satellite navigation system. Frankly, I don't think the U.S. is prepared to deal with the way the Chinese are developing their military.

In your new book, The Age Of The Unthinkable, you said most U.S. discussions with China are shaped by the American desire for direct confrontation. I can't believe that tired old tactic works any more.

It doesn't. The lesson of the last ten years has been that when you confront China directly -- whether it's on human rights or issues surrounding Tibet or Taiwan -- you don't make much progress. Not only did we fail to move the Chinese in those areas, we made them nervous about cooperating with us in other areas. To have a productive relationship with China it's important to work across a large number of fronts all at once, as opposed to just picking areas where there is likely to be disagreement, which has been our habit in the past.

In your book -- which is a terrific read, by the way -- you argue that real power isn't always loaded into obvious implements like armies.

Today real power is the ability to adjust and come back strong when you're faced with an unexpected shock. That's because in the future we will be constantly surprised -- sometimes for the better, sometimes for the worse. All of the things that are changing our world, like jet travel and violence and financial markets, are what make us modern and we accept the risks that go along with them. But they also make our world more interconnected, so now a shock to one part of the system presents a greater risk to other parts of the system. I like to say we need a global security strategy that looks like the human immune system. There's no question there are a lot of dangerous germs floating round. Our ability to survive depends on our ability to absorb those bugs and not let them knock us out.

Younger people tend to be more resilient. What does that say about President Obama's cabinet?

You hate to generalize, but I do think young people are more accepting of change. It's no accident that Obama won the presidency on the motto of change. The younger generation has seen so much change in their lifetime, they have a very different perspective. But it's really not about age. You can be 30 years old and very conservative. What matters most now is an innovative spirit and a belief that it is possible to have radical, disruptive change for the better.

You've recommended -- not entirely in jest -- that the U.S. create a National Skepticism Council. If we did, who would be on it?

People from outside the government who have expertise in information technology or science or the ability to speak Chinese or Arabic -- any expertise that is really relevant to today's world. Also, they should be out-of-the-box thinkers. The goal would be to examine any policy that sounds like a good idea, and poke holes in it. For instance, after 9/11 our reaction was to lash out and attack. But what if we had spent an equal amount of money building schools and hospitals in the region? The U.S. would be in a very different position today.

We need fresh minds thinking about interesting ideas that could inform the policy-making process. In addition, the U.S. and China must begin to work together at a level of depth that would have been unthinkable three or four years ago. Of course, by definition that would dramatically raise China's position in the world.

Joshua Cooper Ramo is the author of the new book The Age of the Unthinkable. 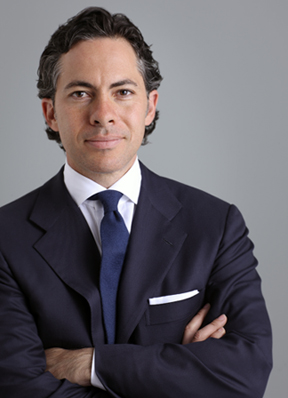