One Georgia man found the perfect solution to his fiancée's wedding planning woes -- a surprise wedding he secretly orchestrated so that she wouldn't have to lift a finger.

Brian Green and Christina McGinnis, who have been engaged since 2013 and have a 2-year-old daughter together, wanted to get married but didn't want to put in all the time, effort and money it often requires to plan a wedding reception.

"We sat down five or six times and every time we would get a little bit farther and then she would freak out," Green told NBC affiliate 11Alive.

On December 14, McGinnis was told to wear her wedding gown to the Mall of Georgia to help out with a "church photo shoot," which was actually a ruse set up by Green to get her to the surprise ceremony.

While posing in front of a large Christmas tree, the unsuspecting bride was greeted by her dad, who then revealed that she was getting married that day. This was her priceless reaction to the news: 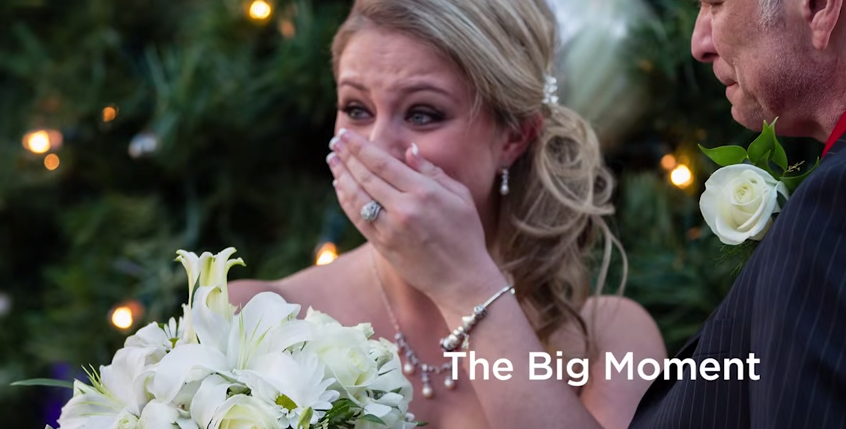 "She was shocked, overwhelmed and thrilled," the groom's brother Chris Green told The Huffington Post. "She had been hinting about getting married because she was already in her gown. So we knew she would be thrilled!"

Soon after, friends, family and even a few shoppers joined in on the love-filled celebration. Since the video was posted to YouTube on December 23, it has racked up more than 1 million views. Watch the sweetness above.


Emotional Wedding Moments
Voting Made Easy
Register to vote and apply for an absentee ballot today
Register now
More:
groom surprises brideweddingsLove & Sexhplifestylewedding stories
Newsletter Sign Up
A weekly guide to improving all of the relationships in your life
Subscribe to HuffPost’s relationships email
Successfully Subscribed!
Realness delivered to your inbox