We're going to assume you bathe, at least somewhat regularly.

And yet, somehow, you still find yourself wondering... IS THAT ME?!

Turns out, there are the occasional smells that no amount of scrubbing or brushing or deodorant-applying can deter. Here are a few of the most surprising.

You're Stressed
Believe it or not, there are different types of sweat, chemically speaking. And the stinkiest sweat of all is stress sweat. That's because it's produced from a category of sweat glands called apocrine glands. Aprocrine glands produce a less-watery sweat, and bacteria go crazy for the fats and proteins in the mix. That feeding frenzy is what releases the odor, according to the Mayo Clinic. Sweat from your workouts or just because it's too dang hot outside, on the other hand, is composed mostly of water and electrolytes, according to YouBeauty.

You've Been "Blessed" With Stinky Feet 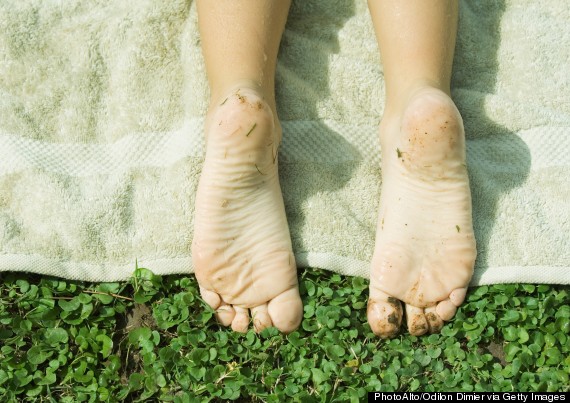 That same all-you-can-eat buffet for bacteria happens with the sweat on your feet. And since your tootsies are tucked away in a dark, warm, moist environment, they really nurture bacteria -- especially if you're sans socks. But about 10 to 15 percent of people have extra-sweaty feet just by the luck of the genetic draw. Those ultra-moist dogs can then become home to a specific type of bacterium called Micrococcus sedentarius, which produces truly awful smelling sulfur compounds. Lucky you.

You Have Too Few Favorite Bras
Ladies: 'fess up. How often do you wash your favorite bra? Yep, we thought so. "Many women overwear -- and consequently underwash -- bras because they have too few that fit properly," bra expert (really!) Susan Nethero told Prevention. Because that lacy number is probably made of odor-trapping fabrics and definitely touches skin in more than one sweat-prone place, you probably need to wash it more often than you think, and neglecting to do so could cause odor. 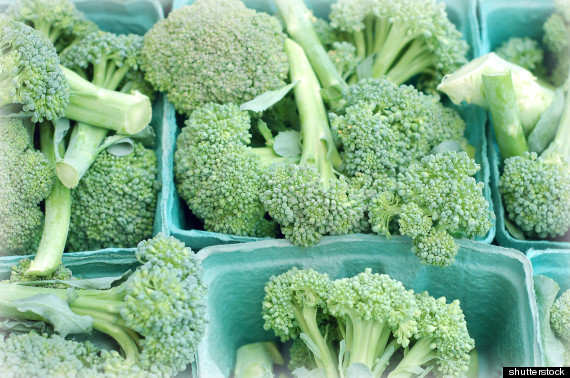 You've probably heard that eating a diet heavy in garlic and onion can stink up more than just your mouth. It's true -- smelly foods are broken down into smelly compounds that circulate in the blood stream and come out through the breath, sweat and urine, WebMD reported.

But garlic and onion aren't the only offenders. In fact, broccoli, Brussels sprouts and other veggies in the cruciferous family include those same smelly compounds -- typically, sulfur -- and can lead to all-over stench.

You Have A Rare Genetic Disorder Called Trimethylaminuria
Mutations in a specific gene have been discovered to create a condition called trimethylaminuria, which causes the body to be unable to break down a chemical compound called trimethylamine. Trimethylamine is what gives fish its fishy smell, and when it builds up in the body it's released in the breath, urine and sweat, giving a person with trimethylaminuria a similarly fishy smell, according to the Genetics Home Reference at the National Institutes of Health. The odor can be extremely disruptive to daily life, often resulting in depression and social isolation, according to the NIH. 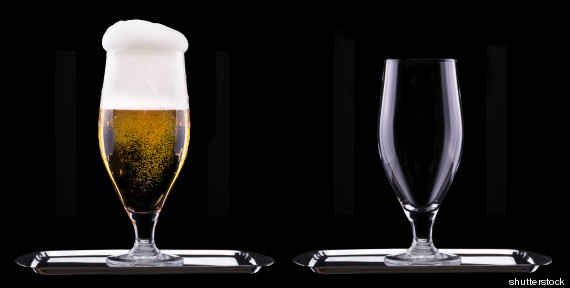 While you can't exactly sweat off that hangover, you do sweat out some booze when you drink. As alcohol courses through your blood and around your body, some seeps out through the pores -- and, quite evidently, through the breath. It doesn't matter what type of alcohol you drink; once the body begins to break it down it all smells the same.

You Could Have Diabetes
When diabetes is untreated, it's possible to experience what's called diabetic ketoacidosis. Without enough insulin, the body starts to break down fat for fuel, which leads to a build up of ketones in the body. That buildup in turn may produce a change in body odor, according to the Mayo Clinic, and may be a sign it's time to see a doctor.

Some people also report a similar change in body odor when switching to a diet heavy in meat and low in carbs. A low-carb diet is known to impact the smell of breath.