It is heart-wrenching to watch.

Just before an EF-4 tornado hit his Washington, Ill. home on Sunday, Marc Wells' camera was still rolling -- and continued to shoot video as he and his daughter sought cover from the storm in his home's basement.

Wells wrote in the video's description that he and his daughter Josie were not injured in the storm, which he wrote he is "very thankful" for.

(How to help victims of the Illinois tornadoes.)

"Is this gonna save us?" Josie can be heard asking her father. "I hope so, buddy."

The terrifying sounds that follow are the result of powerful winds of nearly 200 mph tearing through the Wells' home -- leaving behind practically nothing.

In another devastating video uploaded this week, a home in nearby Diamond, Ill. "disappearing" in a moment's time after an EF-2 tornado tore through that town.

All told, the storms that swept through central Illinois on Sunday killed six people and destroyed hundreds of homes. According to the Weather Channel, at least 1,500 homes were damaged or destroyed in the state alone. Tornadoes were also confirmed in eight other states Sunday. 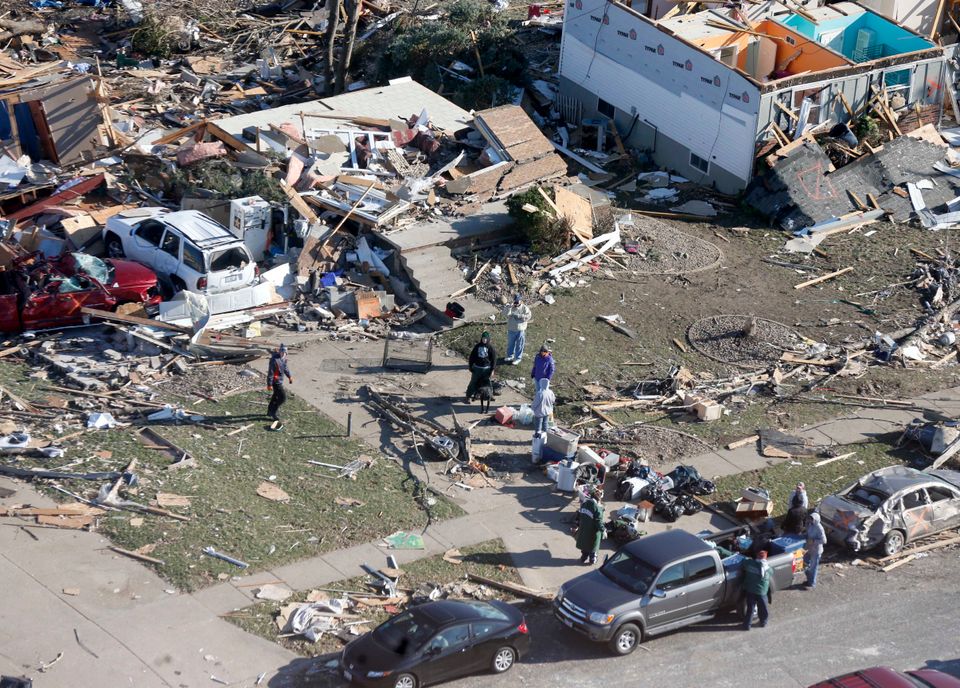 1 / 14
In this aerial view on Monday, Nov. 18, 2013, people look through the debris of a home that was destroyed by a tornado that hit the western Illinois town of Washington on Sunday. It was one of the worst-hit areas after intense storms and tornadoes swept through Illinois. The National Weather Service says the tornado that hit Washington had a preliminary rating of EF-4, meaning wind speeds of 170 mph to 190 mph. (AP Photo/Charles Rex Arbogast)
AP