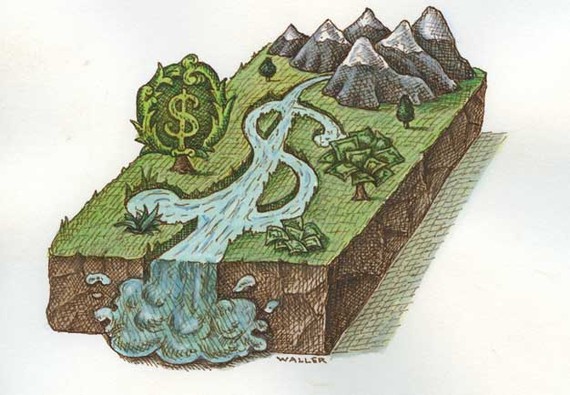 Reality Check:
We are living on a planet with a scarce amount of drinking water, limited regions that are able to grow food, and ever increasing regulated areas for housing.

Payment for Ecosystem Services (PES) is becoming "... as certain as death and taxes." There's even an interactive game to acclimate our young people to evaluate every person, place, and thing on our planet. Placing a price tag, a cost, a monetary value on existence itself.

Can You Cost the Earth? 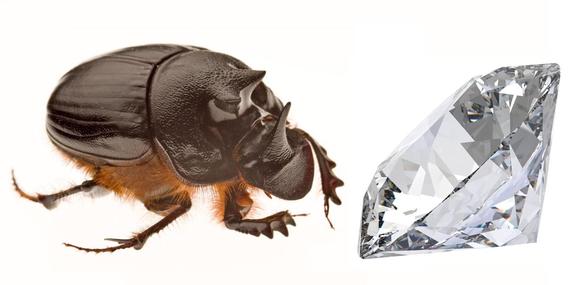 Renewal of water supplies is dependent upon a variety of natural assets, for example, healthy soils, wetlands and forests. Without new freshwater there would soon be no economy, so the total aggregate value of the water-related services provided by Nature is presented as at equivalent to global GDP (about $73.48 trillion). Researched by Juniper/WCMC-UNEP.

The numbers presented in relation to the contribution made by trees are derived from Costanza, R. et al. (2014). Changes in the global value of ecosystem services. Global Environmental Change. The number for 'trees' is produced from an aggregation of figures presented in this paper in relation to different kinds of forests. Researched by Juniper/WCMC-UNEP.

The value of plankton is estimated on the basis of their role in carbon capture and is derived from Siegel, D.A. et al. (2014). Global assessment of ocean carbon export by combining satellite observations and food-web models. Global Biochemical Cycles. The six billion tonnes of carbon captured by plankton was multiplied by 'the social cost of carbon' as calculated by the US Government (at $37 per tonne). Researched by Juniper/WCMC-UNEP.

The value of a single bald eagle is calculated by Richardson, S. and Loomis, J. (2009) The total economic value of threatened, endangered and rare species: An updated meta-analysis. Ecological Economics.

The value of a single gray whale is calculated by Richardson, S. and Loomis, J. (2009) The total economic value of threatened, endangered and rare species: An updated meta-analysis. Ecological Economics.

The US is valued by its Gross Domestic Product (Purchase Power parity), (2014 est), provided by the US Central Intelligence Agency (CIA) World Factbook.

Marketed as "the next bottled water" fresh air bottled in Canada and shipped to China as a solution to serious smog problems sells in two flavors, and comes in single or twin packs.

Sales of canned Canadian air booming in China...
Vitality Air said that the first batch of 500 canisters filled with fresh air from the Rocky Mountain town of Banff went on sale in China last month (November 2015) and sold out within two weeks.
"Now we're taking lots of pre orders for our upcoming shipment. We're getting close to the 1,000 mark," said Harrison Wang, director of China operations. The air sells for $14 to $20, depending on the size of the canister. 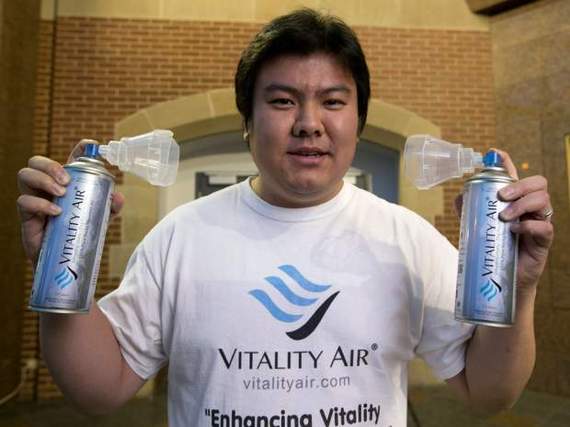 What about those of us that live in relatively smog free areas of the planet?

...Unfortunately, this daily February peak at 405.66 parts per million is not the end to the current year's ramp up. Typical atmospheric peaks occur during May. And this year, we are likely to see atmospheric levels hit near 407 parts per million in the weekly and monthly averages over the next few months. Such a range thrusts us solidly out of the Pliocene climate context and well into that of the Miocene.

Though the Middle Miocene was not a hothouse extinction climate, it was one much more foreign to humankind. Back then, only the great apes existed. Our most ancient ancestor, Australopithecus, was still at least 9 million years in the future. It's fair to say that no human being, or even our closer offshoot relatives, have ever breathed air with the composition that is now entering our lungs.

"If you really think that the environment is less important than the economy, try holding your breath while you count your money." Dr. Guy McPherson 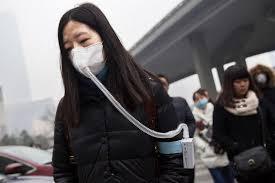 Civilization is contaminating nearly all of the natural water resources on our planet by chemical, physical, radioactive or pathogenic microbial substances. 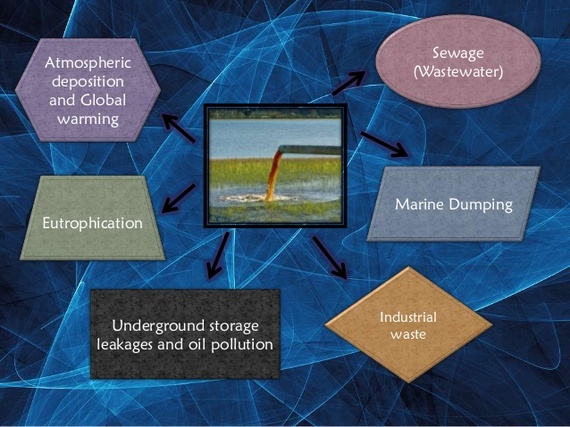 "There are two categories of people: those who shit in their drinking water supplies and those who don't." 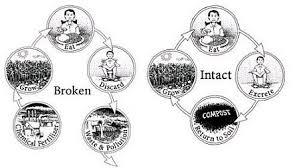 The Humanure Handbook--a 255-page guide to composting human manure, including building your own toilet and turning your own excrement into rich, crumbly brown humus for your garden...deemed "the book most likely to save the planet!"
Jenkins has been a compost practitioner in the United States since 1975 and has grown his family's food with humanure compost for the past thirty-five years. His website offers videos, instructions and the complete Humanure Handbook free of charge.
Every time we flush a toilet, we launch five or six gallons of polluted water into the world. That would be like defecating into a five gallon water jug and then dumping it out before anyone could drink any of it. Then doing the same thing when urinating. Then doing it every day, numerous times. Then multiplying that by about 305 million people in the United States alone.

Even after the contaminated water is treated in wastewater treatment plants, it may still be polluted with excessive levels of nitrates, chlorine, pharmaceutical drugs, industrial chemicals, detergents and other pollutants. This "treated" water is discharged directly into the environment.

The future for food is vegan. Sadly it's not because of compassion and a reverence for all life on our planet. Nor is a vegan future about taste, or health, or sustainability; it is simply because eating meat is too inefficient. 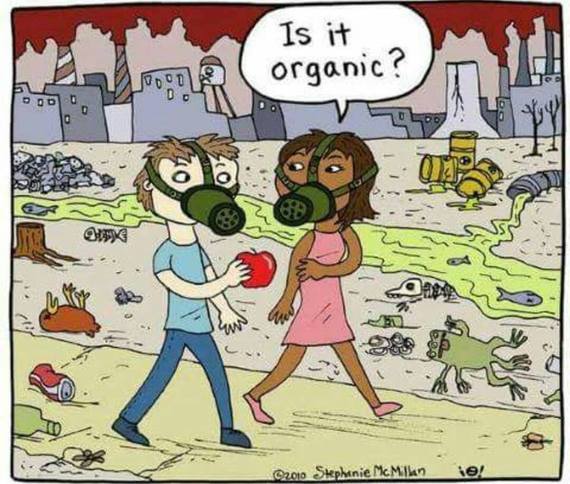 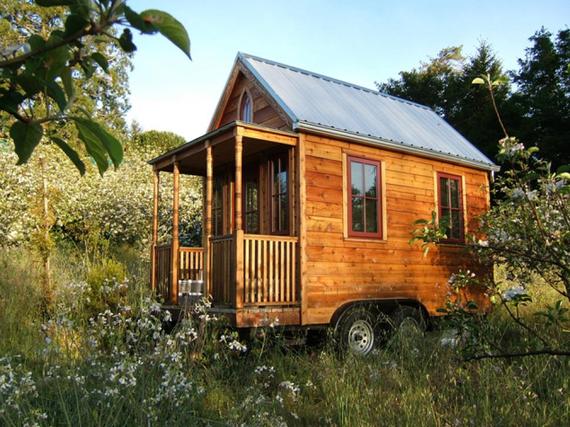 Tiny houses were seized in L.A. last week without offering any viable alternative to those who will now sleep on the streets, truly homeless.

L.A. is seizing tiny homes from the homeless
Cannon, 58, said her husband, a Vietnam-era Marine veteran with post-traumatic stress disorder and memory loss, was hospitalized with a seizure Feb. 5, then disappeared.

Larry Joe Cannon turned up Friday, but the couple's house was gone. As Summers (an L.A. resident who says he was once homeless, had placed donated structures within encampments on overpasses along the 110 Freeway, for homeless people to use instead of tents ) drove off with her house on a flatbed trailer, Julia Cannon sat on a thin bedroll on the ground and pointed to the concrete. 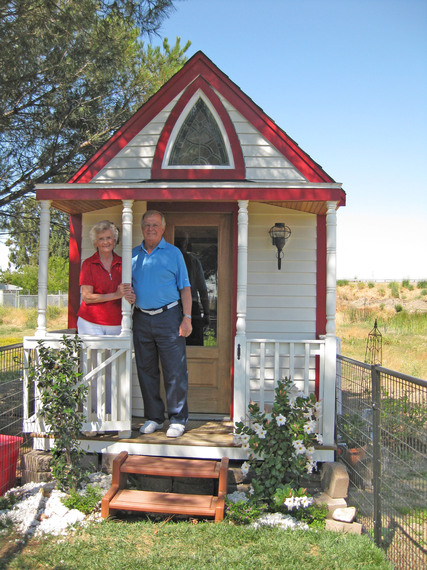 Conclusion
Humanity has a handful of years left of habitat to support life on Earth. Our predicament is dire.

"Live simply so others may simply live" is not being presented as a TED conference "Dream Team" topic by former VPOTUS Al Gore, nor is simplifying our lives being suggested by the 350.org gang. 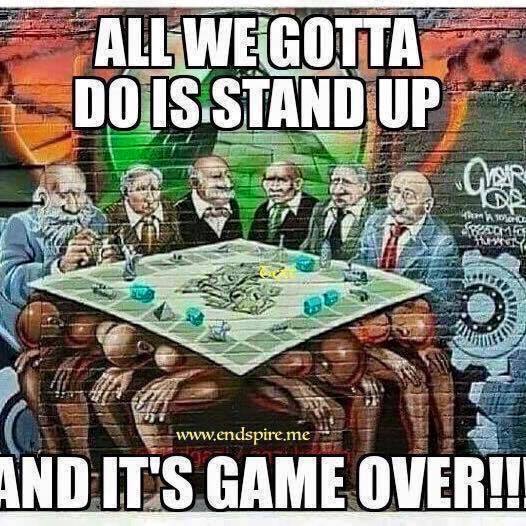 The choice of embracing the sacredness of all life, pursuing excellence everyday; or blindly yielding to the cleverly marketed solutions that will only benefit an elitist few; once again, polarizes our collective consciousness as human beings. 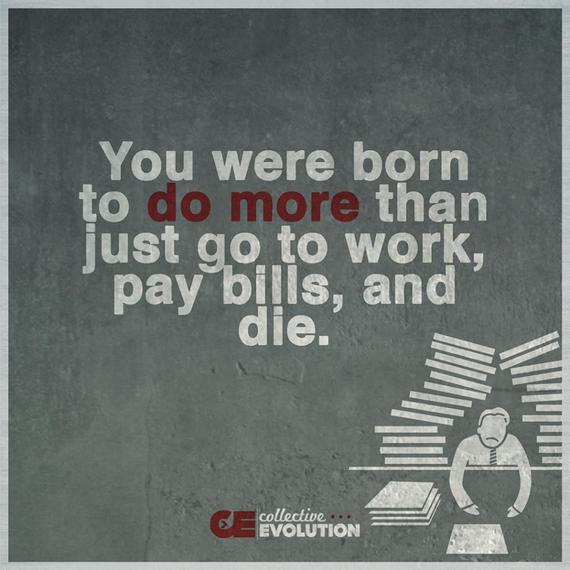