For Kurt Walchle, being prepared is a lifestyle. "I use paracord for everything -- it's like duct tape," says Walchle, who founded Survival Straps, a company that hand-makes paracord bracelets that can be unravelled for emergency use.

Six years later, Walchle and his growing group of craftsmen have built a reputation among adventurers and soldiers alike, with their product starring in some pretty incredible survival stories, including drowning rescues and saving soldiers on the battlefield. Now overseeing nearly 70 employees, Walchle and his wife, Melissa can't believe what their "small, home-based business" has turned into.

Armed with logo licenses for the military, collegiate sports and organizations like the Wounded Warrior Fund and breast cancer awareness, Survival Straps are being used to not only save a life, but to remember one, too. "Our customers use our straps as a symbol of strength, and it means so much to us to hear their stories."

Who is that doing their best Crocodile Dundee impersonation in that video?

It's not a joke! It's actually very real. That's Coyote Peterson. He's starring in a new show called Brave Wilderness. He and his crew had been using Survival Straps for some time, so they approached us a few months ago and asked if they could use them in the show. A few months back, he actually captured a 14-foot alligator with a Survival Strap. They're the real deal.

What was your light-bulb moment?

I was out on a dive trip, and my watchband was about to break. I dug out some paracord out of my dive box and tied the watch to my wrist. I made the first watch band and fastened it with a marine-grade stainless steel shackle, and then people started commenting on it. It hit me that it was a neat application, and I had actually read an article about how Navy Seals used to stow paracord on themselves during battles in Vietnam, so that's how we started marketing it as survival gear.

There are quite a lot of survival stories on your site. What's one that stands out?

Over the past few years, especially, we get one to two stories a day, but one that stands out was from a soldier named James Little, who always wore two Survival Straps. He was a sniper in Iraq, and his hideout spot was taking fire from insurgents. He was hit in the leg with shrapnel, and was bleeding pretty badly, so he unraveled one strap and tied it around his leg to make a tourniquet, and then used his other one to tie up some of the rubble around him as more cover. He credited us to helping save his life while he was at war. We relay that message to all our craftsmen, that you don't know who is going to be wearing that bracelet, so we are ridiculous with our quality.

How important is it for your company to give back and to replace used straps?

People use our straps for all different kinds of things. We're about helping people, and we especially like to support our armed forces. So far, we've donated about $445,000 to the Wounded Warrior Project, and our goal is to get to $1 million by Christmas time. Our customers buy our care packages and send them overseas, and we usually match their donation so that all the guys in the unit can be outfitted with a Survival Strap. Overall, about 10 percent of our net is donated. We started the replacement program, because we would get letters from customers telling us that they were in a situation where they could have used their strap, but they loved it too much to destroy it, so we started the initiative that if you send us your story, we'll send a new Survival Strap for free.

Kurt Walchle, Survival Straps: The Bracelet That Can Save Your Life 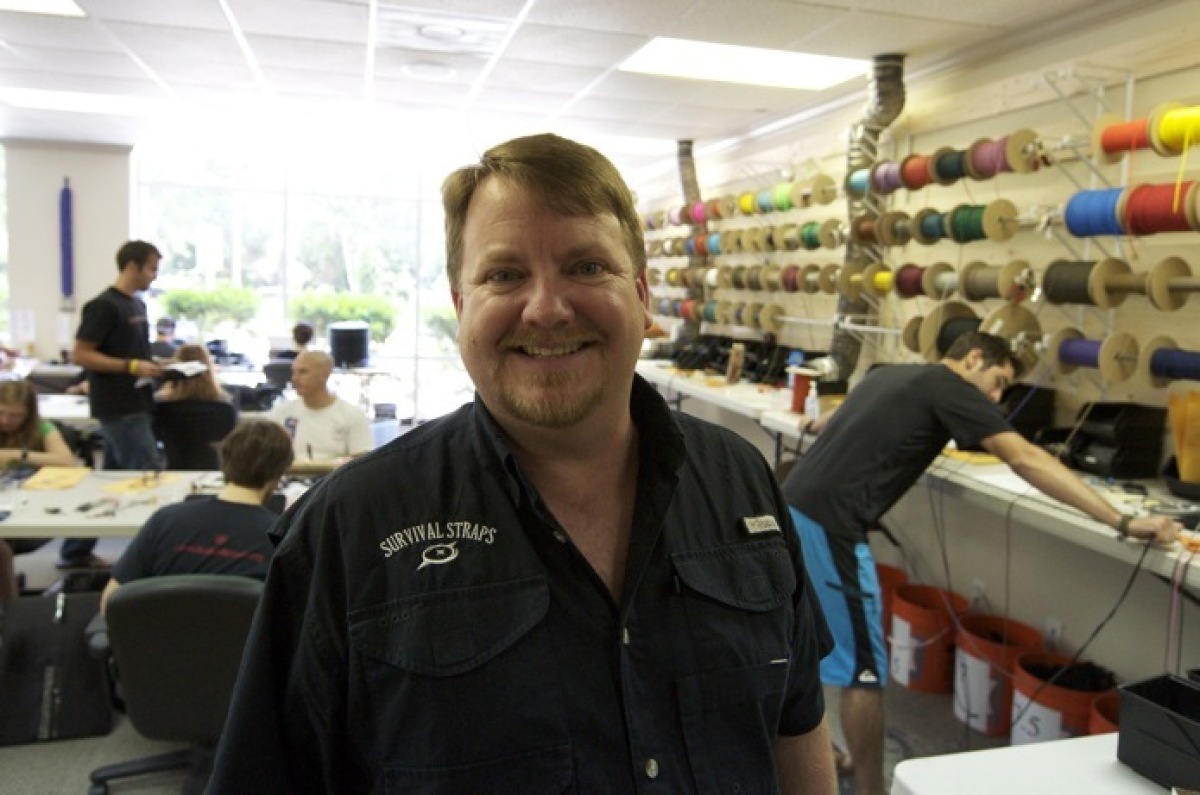