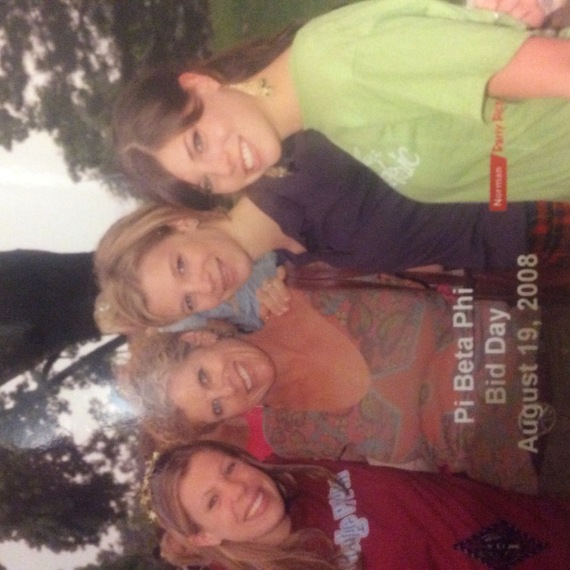 My first-born son and 4th child, heir to the throne and all that we hold dear in the world, just left here to attend a Frat Try-out, I mean a fraternity rush party.

My husband and I both attended university. We went to a large state school in the heart of the storied SEC. Greek Life was abundant there, yet, apart from an occasional side of hummus, we managed to eke out an education sans the Greeks. Neither one of us was eager to add to our mounting financial burdens by tacking another fee on to the exorbitant amount of tuition and books.

Years later, we vicariously buffed out that unsightly social chink in our family Coat-of-Arms through our five children...

Our first-born had the grades and scores to attend almost any college of her choosing. Unfortunately, she didn't have the budget. We narrowed down her choices by informing her we would pay for a "state school with any combination of the letters U, S and O." With four more kids to educate after her, we were nixing private colleges.

That's when Mama talked Daddy into letting her join a sorority. "Just to sweeten the pot a little!" Truth be told, that "sweeten the pot" remark flew all over my husband, as he erroneously believed the fact that he was paying for college made the pot plenty sweet. But, I twisted his arm and that's how our Big Fat Greek Dreading began.

Sending one's kid away from home to attend college in another town is difficult enough without heaping on the added stress of throwing one's baby into the Mania of Panhellenia, to be judged like cattle at a livestock show.

We parents order head shots, perfect and polish their tiny resumes (which is challenging because, let's face it, the little turds haven't really accomplished all that much) and prevail upon our friends to write REC LETTERS. We shamelessly promote their GPAs (weighted and unweighted) and flaunt their ACT scores. All in the name of helping them get into a "GOOD HOUSE." Which seems a little like we are sheepishly admitting that the home we raised them in was a BAD HOUSE.

Our eldest survived rush week and made it into a "top house." It turned out to be a two-for-one deal, as a few years later, our second daughter waltzed in on The Gossamer Wings of an "in-house sister pass." When our 3rd daughter went through recruitment, so much time had gone by -- six years -- it was like starting all over again. (Obviously, we weren't thinking about RUSH timing-advantages during our "family planning marathon.") She managed to skate through the system unscathed, nonetheless, and landed in a large white plantation house, much nicer than anywhere I've ever lived.

My stomach lurches every time I get their bill. 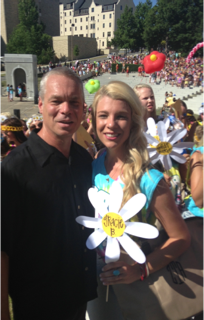 But great news - I've been informed that it's so much different for the boys - more laid-back!" It sure seems chill so far. No one has asked me to share his ACT score, (which is upsetting because I'd really like to). No one wants to know his GPA, weighted or unweighted. No one has even asked to see a picture of him, which is frustrating because he's exceedingly handsome.

Oh, and if anyone has hosted a Mother/Son Tea, he took another woman.

But it's not like I haven't gotten to participate at any level. I did get the opportunity to finance the purchase of some "party shirts" for him. I wasn't invited to participate in the actual selection you understand, but I was the sole participant in his GoFundMyShirt campaign. Except for the little critter on the left breast, the style was exactly the same as when I was in college. (Apparently, the IZOD alligator of our youth has slithered off the golf shirt, to be succeeded by some form of tidal fish or marshy duck.)

I admonished the boy just before he left home tonight, that I expect him to text me hourly sobriety updates and remember, no pressure, but he is representing the entire family, as he's choosing/being chosen by his younger brother's fraternity too. We plan to kill two birds (ducks, alligators or whatever form of wildlife necessary) with one stone.. I just don't have another RUSH in me.

Oh, and Honey, don't forget to call me or Uncle Uber if you need a ride home!

My Big Fat Greek Dreading -- Surviving College Rush With Five Kids
What Do You Miss About Your Children Now That They're Adults?