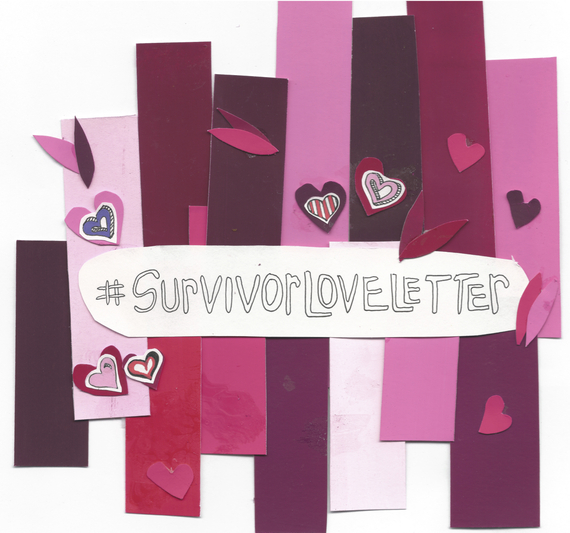 This Valentine's Day activists Tani Ikeda founder of imMEDIAte Justice, and Suey Park known for her hashtag-vism started the hashtag #survivorloveletter to flood the internet with support for survivors of sexual assault and domestic violence. "For many survivors, specific days are especially triggering. #valentinesday is linked to a culture of sexual violence," tweeted Suey.

The Rape Abuse & Incest National Network estimates that each year 293,000 Americans become survivors of sexual assault, which means every 2 minutes a crime against someone you love takes place. What's even more disturbing is that 68% of these crimes are unreported, and 98% of rapists do not spend any jail time. 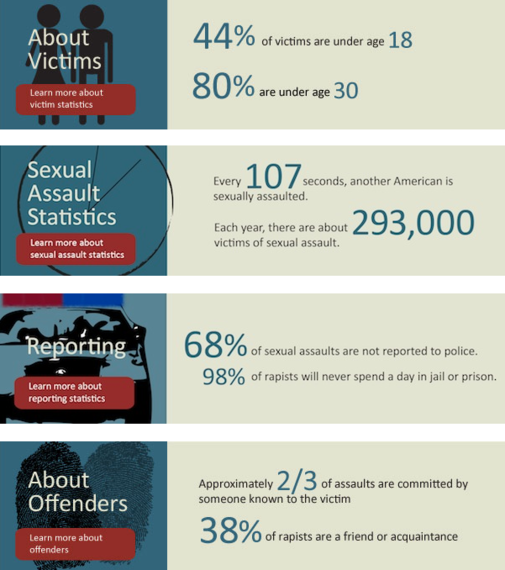 In America we have a complicated relationship with how we see sexual violence, which has resulted in a rape culture that stigmatizes survivors. #survivorloveletter is a safe space to start a national conversation through messages of love. As a country we are failing to address rape culture, and what I am inspired by is #survivorloveletter's caring message of love, in the face of injustice and violence.

The concept is simply put by Tani in a tweet, "On a holiday that for many of us is an anniversary of violence I want to publicly celebrate rape survivors." Many on Twitter shared words of personal reflections on being a survivor along with heartfelt encouragements from supporters. "No Shame belongs to you--that's ALL on the abuser. What belongs to you? Love. Compassion. Humor. Purpose. Strength," tweeted Jennifer L. Pozner. There was a diversity of voices on Twitter from all genders, bringing many voices together to weave a message of love for those traumatized by violence.

In addition to the tweets, many people took the time to hand write their #survivorloveletter, which now lives on tumblr. 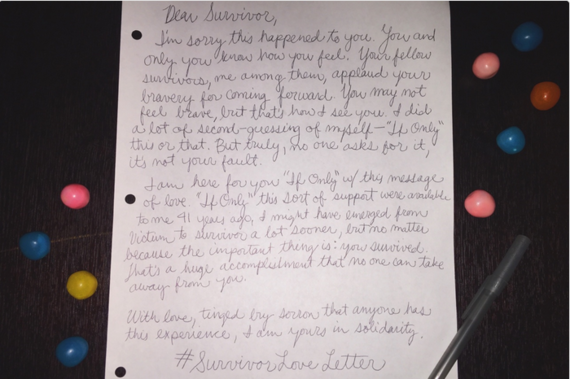 Unfortunately for now, sexual and domestic violence is a year round thing - so let's make sure that #survivorloveletter project continues to be a year round space as a reminder for all of us to celebrate survivors, educate our country with powerful messages and stories in hopes of undoing America's rape culture. If you want to make a declaration of self love or write a letter to a survivor honoring their brilliance join them here: #survivorloveletter 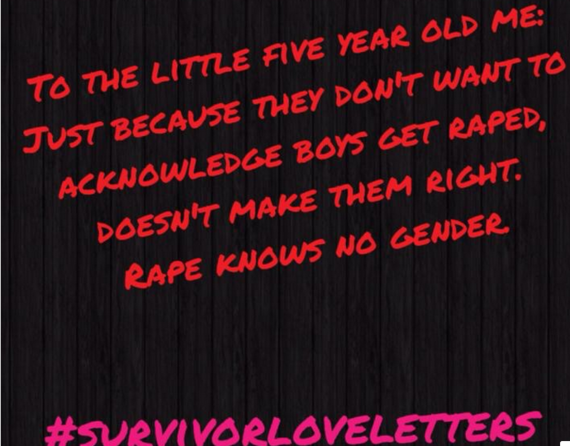