It was a surprise, though not completely shocking, that Susan Boyle didn't win Britain's Got Talent. Her performance in the finals held today in London surpassed her original rendition of the same song she sang in her introduction to the world, I Dreamed a Dream from Les Miserables and was a marked improvement over her semi-final selection of Memory from Cats. 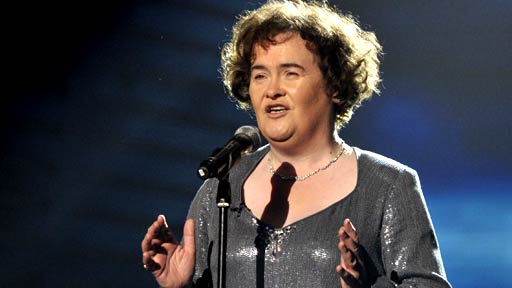 But the intervening week since last Sunday's semi-final performance win via telephone call-in votes -- ironically over the contestants which beat her in the finals, the dance hip-hop team, Diversity -- may well have played a part in her second place finish. Taking nothing away from Diversity, who displayed terrific moves as did their dancing counterpart Flawless, which was the opening act, it seems to me Susan's negative press in the tabloids, plus tweets on Twitter may have worked against her. Hard to say and difficult to prove, but, having suggested in my last column that she was a bit too overconfident and cheeky, I must commend her for her subdued patter after her brilliant number, and, in particular for how she behaved when Diversity was declared the winner. 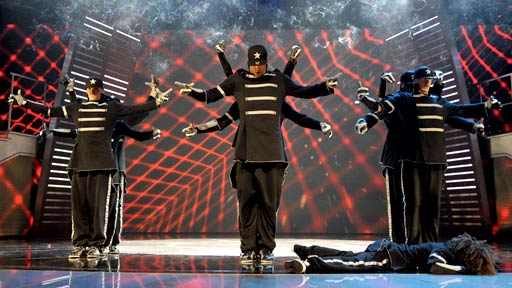 "The best people won," she said of Diversity. "They're very entertaining, and lads, I wish you all the best." She put a beautiful cap on her talent show stint and, no doubt, vanquished the doubters with her remarks and, more importantly, the stirring and different style with which she sang the Les Miserables hit.

Of course, though we may be disappointed for Susan, it's unlikely too many tears will flow from either our eyes or her own, because she is destined to live the dream she sang about and we'll be hearing a lot from her in the years to come. It's hard to believe with all the hoopla of mega million You Tube hits, not to mention zillions of searches on Google and Yahoo! and TV appearances on NBC's Today Show, CBS and ABC News, CNN's Larry King and Anderson Cooper, not to mention Oprah, that the Queen won't summon her for a command performance.

To me, although he didn't make the top three, the other bet to achieve some level of stardom is the handsome and very talented Shaun Smith, the 17-year-old high school rugby player who wowed us with Ain't No Sunshine. For a teenager with no previous exposure or professional experience, his singing was enormously infectious and his baritone vibrato and up-tempo transitions were sheer excitement. 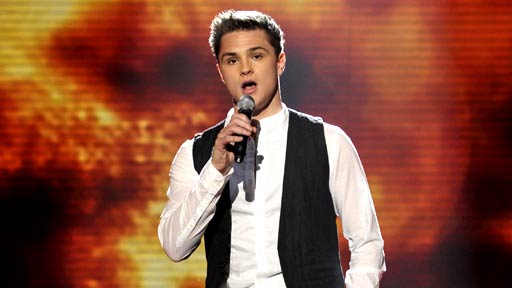 Because of his age and looks there's little doubt a contract will soon be forthcoming, probably from American Idol's Simon Cowell, who was practically salivating during every performance -- even more than Amanda Holden!

The other young singers, 12-year-old Shaheen Jafargholi and 10-year-old Hollie Steel, were quite good, but as adolescents will have to develop a bit before we see whether they rise to everyone's expectations of their talents.

A word about Hollie, though, and her complete breakdown on Friday's semi-final performance. Lest you think I'm cruel, so be it, but it tells me that shows like this should not allow children to compete against the adults. It is simply not fair. 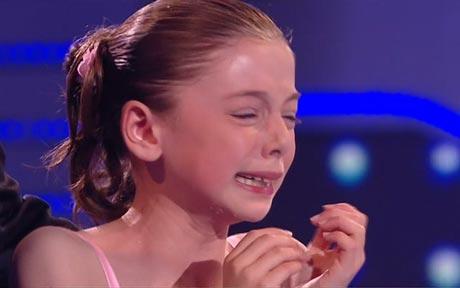 Not because they might be considered cute and cuddly nor even that the flaws in their performances contrasted with adults might be forgiven. But Hollie's mistakes and fumbles, leading to a hysterical meltdown, should have ended it there for the girl. Indeed, hosts Ant and Dec, as they tried to calm her down, informed her there would be no more time for a do over. But amidst her continued tears, running into the arms of her waiting mother, the ordinarily cold Simon Cowell, playing against type, assured her they would find the time and permitted her to come back later.

Her second try was much better, and so, though she didn't win the audience vote, she was voted into the finals by the judges. They insisted it was because of her talent, and against the other choice, the falsetto-voiced Greg Pritchard, I would have to agree. However, I have to respond to Simon's comment in the finals, after Hollie performed extremely well, that others had discussed the fairness of whether children should appear with grownups. He admitted that he'd wrestled with it as well, but came to the conclusion that if their talents matched the adults, why not? He further suggested that votes for Hollie should be based on talent and not pity.

But wasn't it pity that rescued Hollie in the semis? There were several other children near the same age, who all performed in the semis without subjecting us to their neuroses. Indeed, Natalie Okri, also ten years old and one of the top three in the group that included Susan Boyle, didn't cry until after she was voted out. Shaheen, Aiden Davis, Callum Francis, Kieran Gaffney and 2 Grand's Sallie Lax are all in the age twelve range and didn't need support from the judges.

However, having said that, Simon did help Shaheen in the initial audition when he stopped him mid-performance and suggested that he do another number, which then wowed the judges and the audience.

These two instances demonstrate that, talent aside, the children have been given favored treatment over the adults. No one stopped Susan Boyle and gave her a chance to start again after a faulty beginning when she squeaked out the first few bars of Memory in the semi-finals. Likewise, no one allowed Welsh tenor Jamie Pugh to have a second try when, with an admitted bundle of nerves, he fell short as he performed Impossible Dream. Amanda Holden even buzzed in during the middle of the song, later chided by Simon for doing so, which no doubt even unnerved him more.

So, why the double standard? On the one hand they say that talent is talent, no matter the age, and in a sense that's true. But if they make exceptions for kids who don't quite make it at first or cry uncontrollably,is that fair? In a track meet, if you fall they don't make everyone redo the race just because you've won all the previous ones. In my opinion, they should have a separate talent contest, Britain's Kids Got Talent, with a cutoff at least at 14.

That's my solution, though I doubt they'll take it.