It's been a week and I still can't get enough of the Susan Boyle phenomenon. 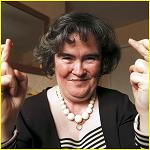 I've watched her video countless times and sent the link to others who might not have known. It was amazing and almost historic, because there've been many instances of unusual happenstance whereby something remarkable occurs and the network news covers it. But after an initial airing that's usually it. With Susan Boyle, the story won't quit. The newscasts have had follow-ups all week, such as NBC's Brian Williams and CNN's Anderson Cooper and Larry King, and, of course, the entertainment news shows can't get enough of it.

Why is this story so remarkable? I thought about it for quite awhile. Indeed, others have already written pieces on HuffPost and thousands have added their comments, but some of them gave me pause, which I felt deserved rebuttal. One of my colleagues on these pages asked what if Susan Boyle couldn't sing, implying that it's only because she could that our collective derisive foreplay didn't result in jeers and catcalls.

Of course he's right, but that's not the point. We would have done so no matter the contestant, witness the many who've been served up to us in the preambles to each season of American Idol. Yes, Susan would have made it easier, because of her unusual bearing and matronly look. But it's even more shocking and absurd when an attractive person comes before the judging panel with a confident stance and articulate patter, and then subjects us to disharmonious drivel.

All candidates who've been paraded before the judges have gone through a preliminary process during which the production team picks a bunch of silly folks to entertain us as comic relief. If Susan Boyle couldn't sing, dowdy appearance or not, she would have deserved the ridicule that would have followed. It wouldn't have mattered if she spent the past twenty years delivering meals on wheels during the breaks from caring for her sickly mother. Inner goodness notwithstanding, this was still a talent contest and we wouldn't have patience for an otherwise saintly person who mocked the process.

Of course the drama escalated when this nondescript figure, responding almost monosyllabically to Simon Cowell's grilling about why a 47-year-old had never made any professional headway, said she aspired to be a singer in the image of Evita originator Elaine Paige. The audience poised itself for a performance that would produce guffaws. To them Susan was an odd duck, though to my mind not at all ugly as others have rudely called her. She's certainly not a beauty, but her face has a pleasant cherubic glow when she smiles.

All this foreshadowed the commencement of her singing, which instantaneously evaporated the misperceptions we'd invented, causing most of us to respond with unmitigated shock -- including the judges, assuming they, too, were in the dark -- morphing instantaneously into collective joy. And all this played right into the hands of the producers, as Susan didn't just walk in off the street. The production staff had already auditioned her and knew full well how the Glasgow audience would react.

Another HuffPost author suggested that what bothered her was that we were only happy about Susan Boyle, because she had transcended herself into a celebrity. The writer was bothered that all this hoopla implied that if one weren't a celebrity, what was the point? That the story was sending a message that life was not worth living if Susan Boyle were engaged in everyday uncelebrated humdrum.

This, too, is nonsense, as most of the world's population lives in obscurity and thus has plenty of company without wallowing in suicidal despair. Most people do not have special talents, and many of those who do never harbor ambitions to pursue what is correctly perceived as a difficult life path. What's true is, for the most part, we are not interested in ordinary people. And when we are it is when such folks win the lottery or bare their horrible circumstances on TV programs such as early television's Queen For a Day and win prizes to alleviate their misery. We emotionally connect with someone who's lost their job and gets a new house thanks to ABC's Extreme Makeover.

However, we cheer for our celebrities, whether they are in entertainment, literature, sports, politics or are Nobel winning scientists. And when someone has pure and raw talent of the kind Susan Boyle displayed admirably on Britain's Got Talent and her life is transformed Cinderella style, it is only natural that the world is moved. Add surprise to the mix and it is a fairy tale that really happened.

We don't fully know Susan Boyle's story, except dribs and drabs about her family life and small town Scottish upbringing. She has admitted to a bit of vocal training, but clearly, with the exception of small talent contests and perhaps singing in a church choir this woman obviously never had a major hearing or she would have had some sort of a career by now. Her voice is too good not to have been recognized by someone. That the chance never materialized until now and that we were all witness to it thanks to the Internet, especially You Tube, is the stuff that made it a one in a kind phenomenal story that we'll be talking about for years to come.