Stop everything you're doing and gaze upon the masterpieces of Susan Herbert, a woman with as fine taste in felines as classical art.

Herbert is the hilarious genius behind "Pre-Raphaelite Cats," a compendium of famous artworks -- think Henri Rousseau's 1890 self-portrait or Renoir's "La Loge" -- that have been invaded by sophisticated kitties. She paints the copies, but instead of reproducing the fictional men and women that populate recognizable works of art, she inserts well-dressed tabbies and calicos. Kudos, Susan, this is one of the best cat mashups we've seen yet.

"Pre-Raphaelite" cats has recently been turned into a beautiful art book, due out this month courtesy of Thames & Hudson. The homage to contemporary cat obsession amounts to 64 pages of vintage feline fascination. It would make Grumpy Cat, Henri, le Chat Noir and Lil' Bub proud.

For more viewing pleasure, there's an entire Susan Herbert Pinterest page filled with cats at garden parties, cats at ballet class and highly decorated cats who are military heroes. And if that doesn't keep you entertained, this previous post on the Lolcats of the 19th century probably will. Enjoy. 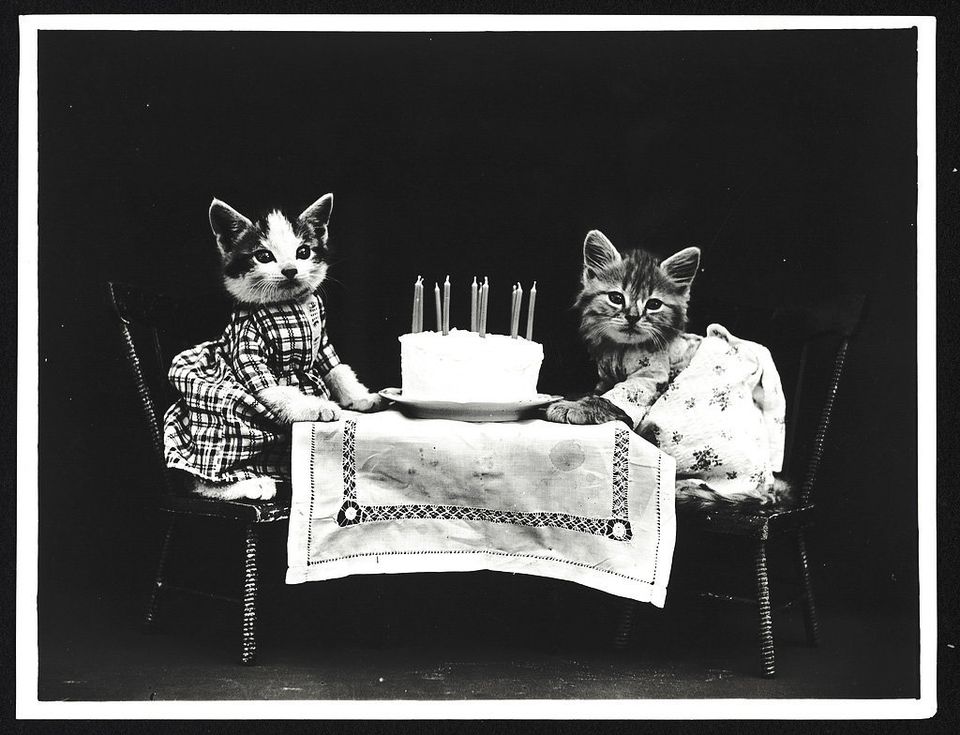 1 / 25
Kittehs do everything in Animal Land.
Harry Whittier Frees / Library of Congress