Add Cindy Brady to the slew of stars who have sounded off on their support of marriage equality.

"Brady Bunch" actress Susan Olsen, who played the character Cindy Brady on the iconic series, posted a cover photo to her Facebook page that has the caption, "Please God, let the Supreme Court know that you think it's OK for gay people to marry."

As Queerty points out, her fan page has also quoted her saying that her "gay TV dad would have been the best husband ever." Of Robert Reed, who played Mike Brady, she reportedly writes:

"As a child, I was BLESSED to have another father figure in my life. He did not replace my own beloved, Norwegian version of Jed Clampett, nor would he have wanted to. He simply harmonized with all of my family values and brought his own heart to our table. This wonderful man was a giant in my world, a true king among men. His name was, and is, Robert Reed (OK that's his stage name). This tempetuous actor who bottle fed puppies when he wasn't quarreling with the heads of networks, shaped my heart as much as my biological parents did. So I really can honestly say, 'My Dad was Gay.'"

She went on to note:

"'I can also say that being gay killed him. Because it was so taboo, he could never make peace with himself. He never allowed himself to have a genuine love. He was forever taunted by his own disdain for the natural inclinations that he was BORN WITH. Bob was a family man. Had he been allowed to form a relationship with another man, he would have been the best husband ever and might still be alive.

To me, the vilification of homosexuality is exactly like the primitive practice of people who killed babies who were born with cleff palates or birth marks. It is a worship not of God but of fear itself in the form of a God who hates."

You can read the full post here and here.

Reed, who was by all accounts a closeted gay man, died in 1992 of colon cancer. He was also revealed to have been HIV positive at the time of his death. 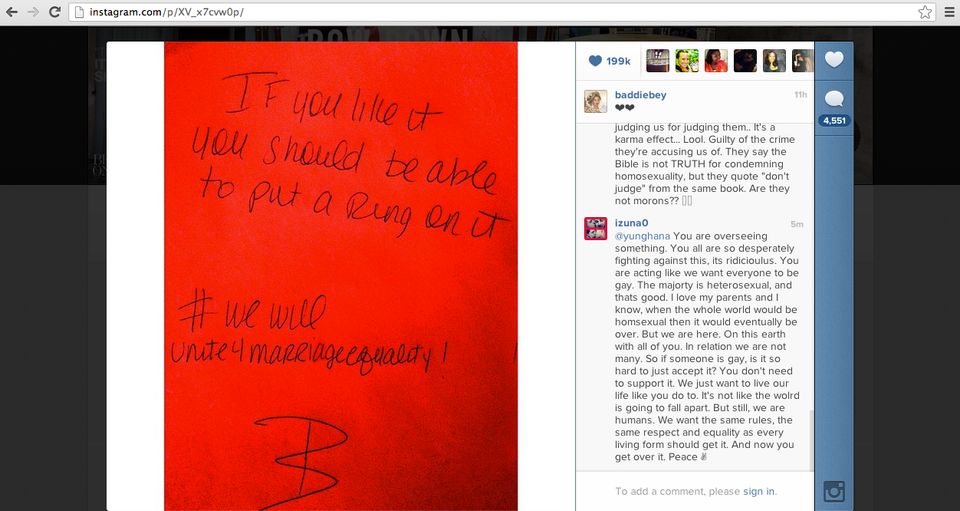