Susan Olsen was just 7 years old when she joined the cast of "The Brady Bunch" as the youngest one in curls. In a new episode of "Oprah: Where Are They Now?" on OWN, Olsen talks about sibling rivalry on the show, the alleged hookups between her and co-star Mike Lookinland (Bobby Brady), and how much money the cast really makes on all of those "Brady Bunch" re-runs.

"It was very much like we really were siblings, except we didn't have to live together and share one bathroom," Olsen says in the above clip.

When it comes to competition between cast mates, Olsen says there was somewhat of a real-life "Marcia, Marcia, Marcia" situation. "I would say that the only thing that even comes close to genuine sibling rivalry would be between Eve Plumb, who played Jan, and Maureen McCormick, who played Marcia," she says. "We love them both. We just don't see the two of them together."

Rumors have circulated for years about the cast mates' off-screen relationships, but Olsen can clear up her side. "When it comes down to stories of all these alleged hookups, [Mike] Lookinland, who would be my partner, Bobby Brady, we used to kiss in the doghouse and we'd say we had 'makeout sessions' in the doghouse."

But it was all innocent fun, Olsen says. "We didn't know how to make out! We would just kiss each other and go, 'I love you, I love you,' and hug."

Also in the video, Olsen explains why she left acting and the assumption that people always make about her income. "People do tend to assume that we made a lot of money off 'The Brady Bunch' because it's on all the time," she says. "So people just think that, oh, I must be rich. We all must be rich. And nothing could be further from the truth."

Olsen says it's not because she signed a bad contract, it was just the way syndication worked back then. "People only got paid for re-runs for the first 10 runs," she explains. "The first 10 runs happened and were over with, probably by 1979. And so we've made no money since then."

Where Are They Now? OWN Video Own Oprah Winfrey Network The Brady Bunch 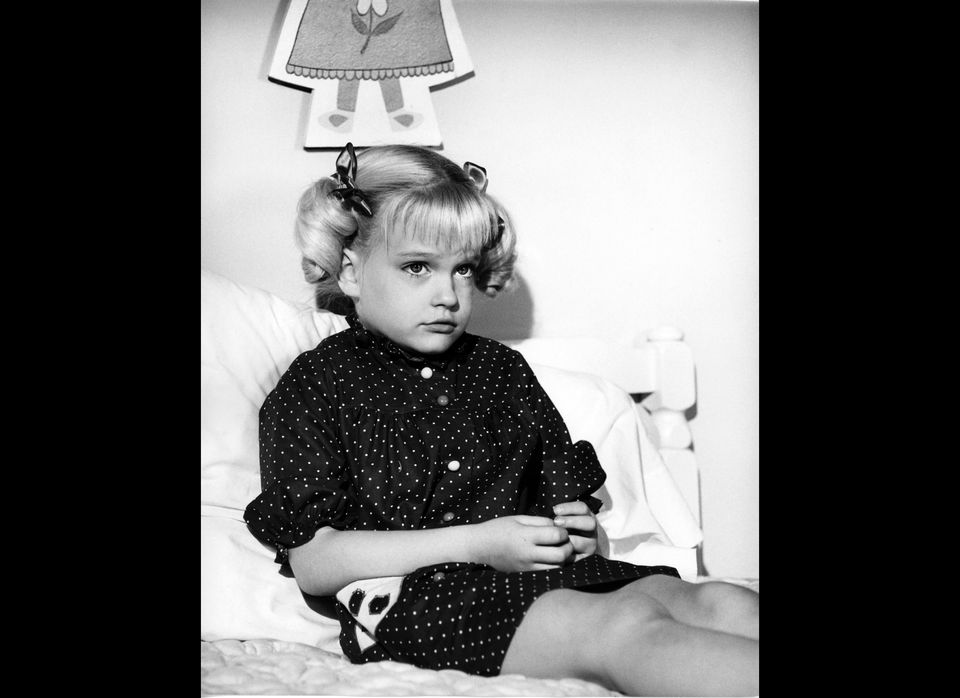