As the deadly crackdown by Bashar Assad's regime in Syria stretches into its 15th month and the death toll soars to more than 12,000 people, the United States maintains that international military action against the country is not the best course of action.

"The consideration of putting U.S. or other foreign troops on the ground is premature, to say the least," U.S. Ambassador to the United Nations Susan Rice told a group of journalists at an event hosted Tuesday by Bloomberg View.

Citing complicating internal factors such as Syria's splintered opposition and the Assad government's dense air force, Rice said a repeat of the 2011 NATO-led operation in Libya would not be feasible given the situation Syria.

In particular, Rice addressed the possibility of establishing a humanitarian corridor to protect civilians and create a safe passage for aid -- a proposal that has been put forth by Sen. John Kerry (D-Mass.) and former French President Nicolas Sarkozy. However, Rice insisted that creating such a zone would require military force.

"There are real challenges with a humanitarian corridor, not least of which is that it entails having troops on the ground," Rice said.

Instead, she emphasized that the United States is putting political and economic pressure on Assad's regime, as well as providing support for the opposition in the form of communications equipment, medical supplies and humanitarian assistance.

"Nobody is saying, 'To hell with the people of Syria,'" Rice stressed.

The U.N.-brokered peace plan in Syria has stumbled along since it went into effect on April 12, with more than 900 reportedly killed since the start of the truce and U.N. observers failing to stem the violence.

Rice, a notably vocal critic of the ceasefire, admitted that to date the truce has been "imperfect" and "unsatisfactory," though she added that violence has been reduced in the country since the arrival of U.N. observers. On Wednesday, a team of observers was evacuated from a northern town in Syria after their convoy was hit by a bomb, marking at least the second incident in which monitors have been swept up in the violence.

Rice firmly reiterated the United States' interest in ending Assad's crackdown, noting that the conflict had the potential to "bleed well beyond Syria's borders, magnifying sectarian fractures" and destabilizing the entire region. "The aim," she said, "is to end the Assad regime and expedite the day when that comes." 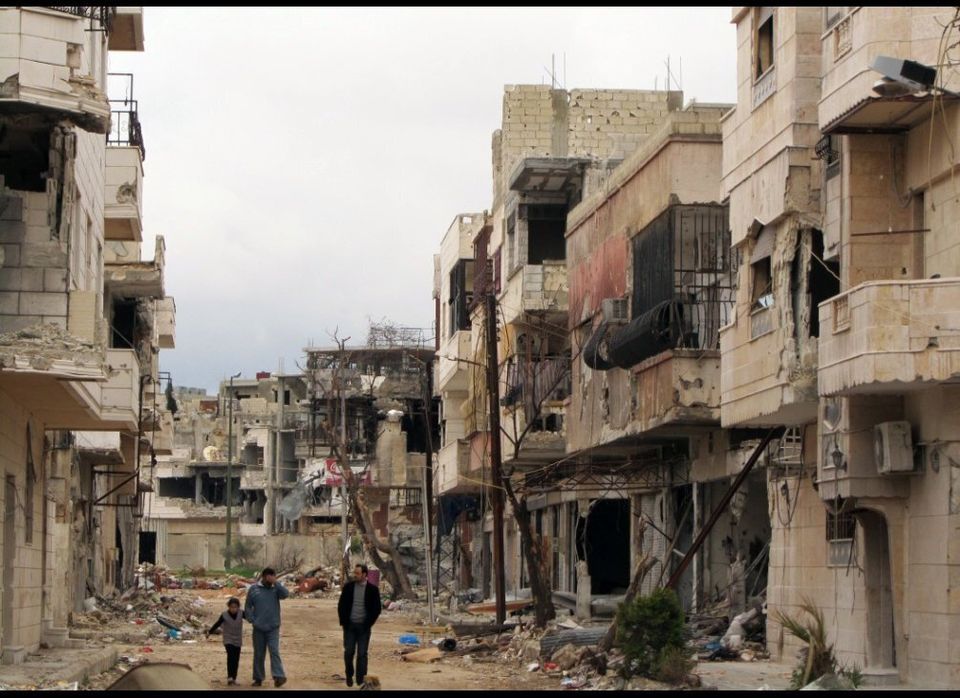 1 / 296
In this March 29, 2012 photo, Syrians walk between destroyed buildings in the Inshaat neighborhood of Homs, Syria. (AP Photo)
AP