Versatile actress Susanna Thompson has starred in a plethora of shows including "Once and Again," "NCIS," "Kings" and "Cold Case." And, most recently, she landed a starring role as Moira Queen in The CW's new hit series "Arrow." Yet she says she can still go to the grocery store without being recognized -- which is just the way she likes it.

The 54-year-old actress from San Diego has demonstrated a real knack for playing powerful women over the years, previously starring as the Borg Queen on "Star Trek: Voyager." Skilled in aikido and stage combat, Thompson has demonstrated real staying power in a business that chases youth culture.

Drawn to acting by a poetry class as a kid, Thompson's first TV appearance was back in 1992 in the Emmy nominated "A Woman Scorned: The Betty Broderick Story." But she's probably best known for her role as Karen Sammler on "Once and Again." But no matter what the part, whether it be a featured role or recurring performance, Thompson certainly has enjoyed enduring success.

We recently talked to Thompson about her career, her favorite TV shows and what makes "Arrow" so special.

No doubt you have a huge hit on your hands with "Arrow," which is based on the fictional Green Arrow character from comic books published by DC Comics. Why is this show striking a chord with viewers?

I think about my husband and his childhood days and how comic books were a popular escape. It was a wonderful template to use to talk about what was happening politically or generationally at the time. I certainly think that the creators are trying to take Green Arrow and make it have a contemporary feel. The show has this wonderful way of connecting younger generations with older generations. The comic book brings people in but the relationships in the show make people come back to it.

The show has a lot of different aspects to it, right?

There are three different segments to the show. There is the island experience ... since the lead character was marooned. Then you have his family and all the relationships, which extends out to his former girlfriend and her father. And then you have the Arrow dynamic ... the vigilante who is out to right wrongs. I'm very interested in the post-traumatic stress aspect of what the main character went through but I also love the political canvass ... the way we're able to discuss how to deal with what's going on in the world.

Why are the characters so engaging?

It's interesting that all these different characters might seem so black and white on the surface but then you uncover their motivations behind what they're doing and why they're doing it. We often pass judgement right away. And, in comic books, stories are often quick and intense, with just the center of the story given. But this show gives you the center fleshed out ... and you are able to start understanding the motivation of the characters.

In general, I just try to do as much variety as possible. I was forever changed by my experience on "Once and Again." All of us who were on that show have deep connections ... familial connections. I recently saw Billy Campbell and we went to the wedding of [former co-star Evan Rachel Wood] and it was just wonderful to be together.

You have worked so long in the entertainment business. How have you managed to have such staying power?

I always knew I wanted to be an actor. I was talented in college but not the most talented. But I knew I wanted to do it and that intention got me there and kept me there. But I took off about 2 1/2 to 3 years to be with my aging parents as they were going through different things. I always knew I wanted to be there for them. In January, around the time of my birthday, I asked myself if I was ready to start working again. I was. I knew that I had to commit to it energetically in my being. As soon as I did that, the auditions started to come in.

You are unique in that you have worked for so long but you aren't the type of actress that may always be recognized by everyone.

No one recognizes me. And I hope that I can always go out without being recognized. Maybe that limits you in some way but I like to be able to pull my hair back in a ponytail and get groceries without anyone noticing. I actually can't imagine what it must be like for those stars who are in the eye of the paparazzi all the time.

What are your favorite shows -- besides "Arrow" of course?

We were huge fans of "The Newsroom" We -- like millions of other people -- love "Modern Family." I also really love "The New Normal" and Ryan Murphy. I really find it entertaining and topical.

You are 54. How do you stay so youthful and fit?

For me and my husband, it's all about eating as cleanly as we can. We are vegetarians. I do eat a bit of fish because my doctor told me women need a bit of that. I also exercise almost every day. And that doesn't mean necessarily going to the gym. But it means going out to walk in nature so that I can cleanse my mind as well as exercise. A lot the stress in the body comes from our minds and so we need to clear them. I stopped eating beef in high school and in college I stopped eating poultry. I am not a huge fan of factory farming and what we're doing to animals. I try to eat as clean as possible because I want to know what I'm putting into my body.

So what would you tell your 20-year-old self today?

I would tell her not to sweat what you look like. But more than anything I would also just say to keep listening to your heart's own truth and not to beat yourself up so much. I can be my own toughest critic. I would say not to second guess myself. 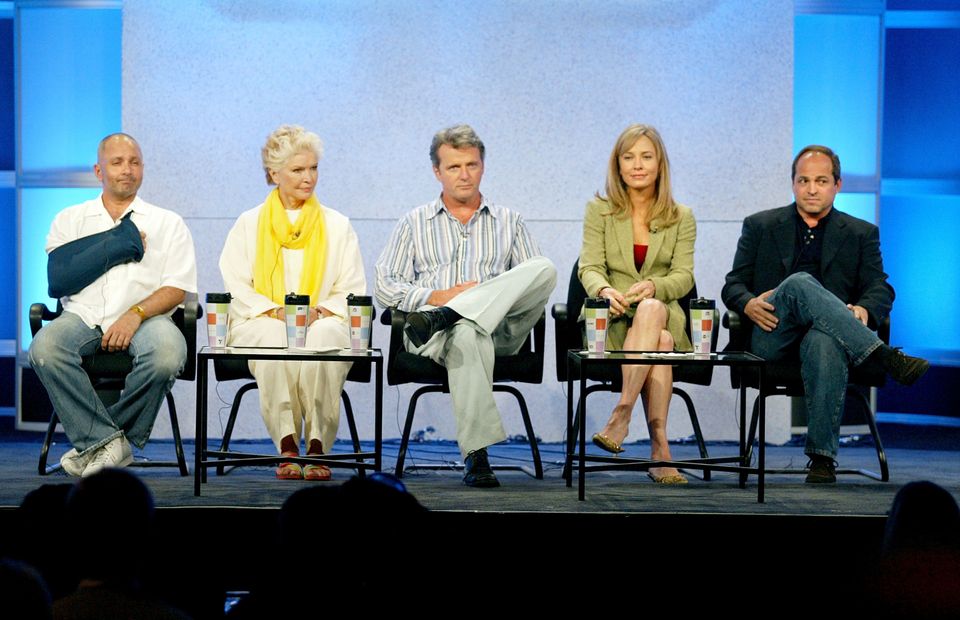