Here's a gun that asks users to make sushi, not war.

Bad jokes aside, the sushi bazooka is one of the odder contraptions we've seen yet -- and we've seen the Sushi Robot.

A little digging revealed that it's called Sushezi (Get it? It's sushi-easy!) and it's been around for a little while now. Demo videos online appear to go back at least three years.

Gizmodo tells us how it works:

To use it, you simply crack open the $25 device, fill it with rice and other ingredients, seal it back up, and then pump out a long tube of fresh fish and veggies that's easy to then roll in nori—aka seaweed sheets. It's not how the pros roll, but then again, how do you know what the sushi chefs do when you're not sitting at that counter, watching their every move?

You can buy the gadget through Japanese site Strapya World, which also has some hilarious pictures of it up, or on eBay. Would you buy one?

Click through the below gallery for images of the Sushezi and scroll down for a video of it in action. 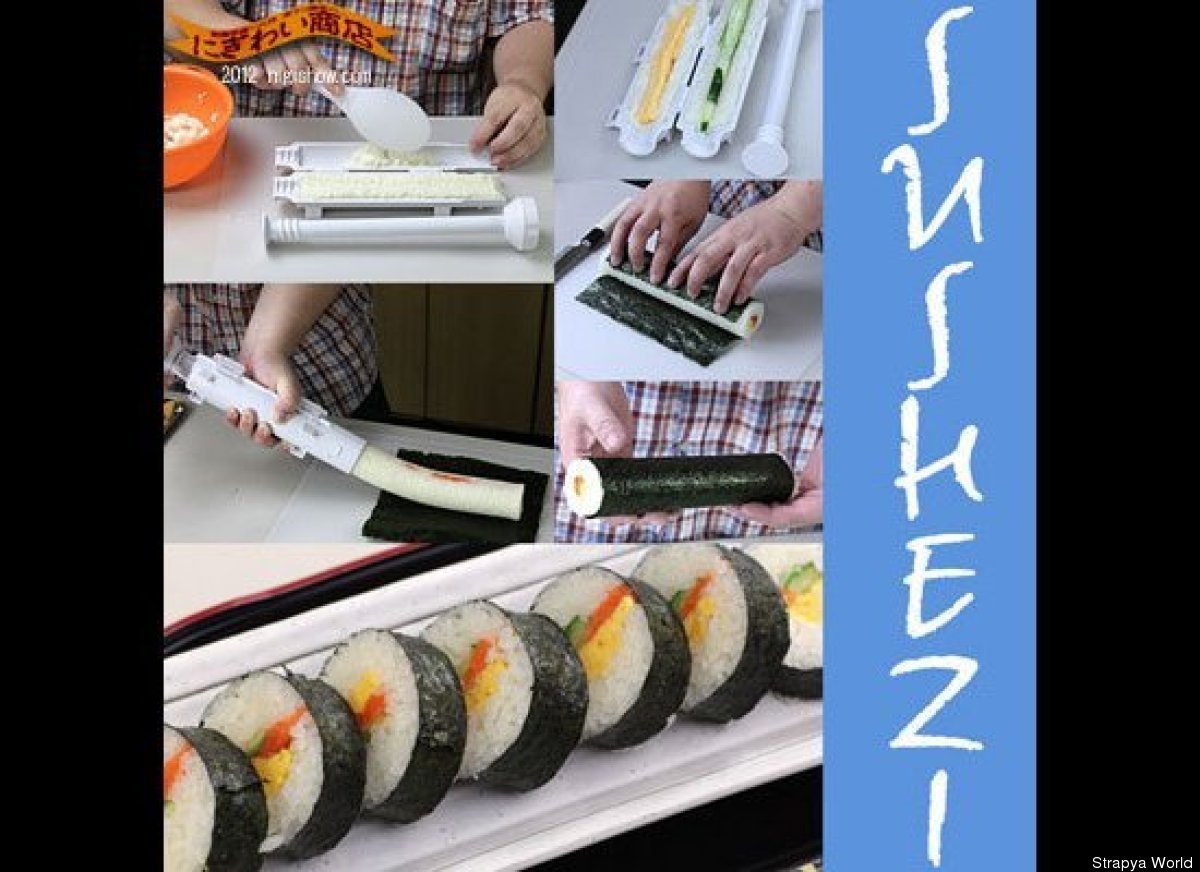